Of all the solutions that have been proposed for stopping the opioid epidemic, no health officials have suggested simply replacing opioids with another drug. But a new study indicates that very phenomenon may be decreasing painkiller overdoses in Colorado. Legalizing marijuana, it turns out, might just help.

Publishing in the American Public Health Association, the authors looked at the correlation between smoking marijuana recreationally and deaths due to opioids using data between 2000 and 2015. They found a 6.5-percent dip in opioid-linked deaths after recreational marijuana became legal in Colorado in 2014.

"This reduction represents a reversal of the upward trend in opioid-related deaths in Colorado," they write in the report. "Legalization of cannabis in Colorado was associated with short-term reductions in opioid-related deaths." The authors emphasize that the data showed an association but did not provide clear evidence that legalizing marijuana was directly responsible for reducing overdose deaths.

A story in The Washington Post placed credence in the study, noting that researchers accounted for other variables that could affect numbers, like Colorado's prescription drug program that requires patients to register their opioid. But, as The Denver Post reports, there's a long way to go before government officials turn to marijuana as their weapon against the opioid epidemic. Executive Director of the Colorado Department of Public Health and Environment Dr. Larry Wolk told the paper, "It just hasn't been in place long enough. Anything that does get published at this point should be considered preliminary data."

Some experts are skeptical that marijuana legalization could really be making a dent in the opioid epidemic. Robert Valuck of the Colorado Consortium for Prescription Drug Abuse Prevention, a state-led agency, told the Post that it's not that simple. "The whole thing is so convoluted, with so many different things going on in the marketplace, it's virtually impossible to assign cause and effect or credit and blame to any one thing," he said.

Valuck also tells the paper that Colorado's heroin overdose death rates have increased, indicating Colorado's drug problem might have simply shifted to another substance rather than decreased. The state's public health records show that deaths due to heroin overdose doubled between 2011 and 2015. In the same time period, there has been a 1,562-percent increase in the amount of heroin confiscated by police. State reports show that prescription opioids are still the biggest struggle, making up 38.8 percent of drug-related deaths.

Valuck understands the excitement over the study but cautions that curbing America's drug problem won't be easy.

"Everybody wants the answer now because we want to know if this is a good idea or not," Valuck said. "But the truth is we don't have the answer, and it's going to be a while until the jury comes back in."

Study co-author Melvin Livingston, of the University of North Texas Health Science Center, agrees with Valuck. "Policy change shouldn't be based on the results from a single study of a single outcome," he tells Newsweek via email, saying that legalizing marijuana could bring its own set of consequences. However, this study could be replicated in other states for a more comprehensive look at determining whether this legislation could save thousands of lives each year. 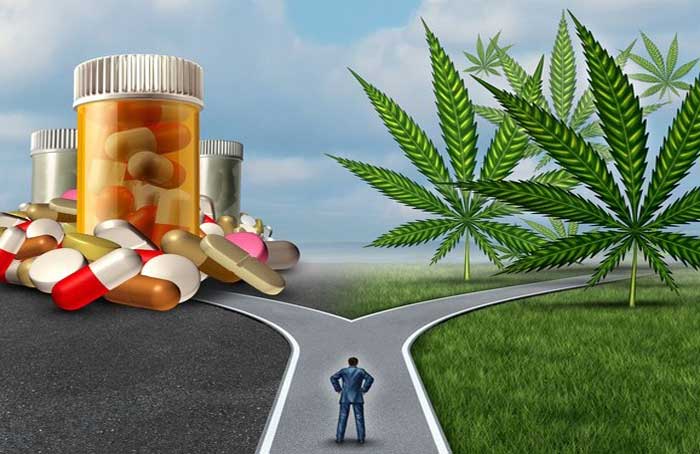