Boston — The city's public health officials said Wednesday they're steeling themselves for the legalization of marijuana in Massachusetts and looking for advice from their counterparts in Colorado, where marijuana has been commercially available since 2014.

Massachusetts voters signed off on legalization, through a ballot initiative, on Nov. 8. Boston voters approved Question 4 - 62.4 percent to 37.5 percent - even as Mayor Marty Walsh and other top officials painted dire pictures of a city colonized by pot shops.

Under the new law, which goes into effect on Dec. 15, 2016, people over the age of 21 can possess up to 1 ounce and grow up to six marijuana plants inside their home. Retail shops could open in 2018, though that timeline could change, depending on how much surgery Massachusetts lawmakers perform on the new law.

"I think every state has had a different approach in terms of how they've passed laws around recreational marijuana, so I think we'll look to Denver and other places to stand up our work here, but we'll obviously tailor it to suit the needs here in Massachusetts and Boston in particular," said Monica Valdes Lupi, executive director of the Boston Public Health Commission.

City officials are now attempting to determine whether to pursue a 2 percent local option tax on the sale of marijuana and marijuana products and whether they need to make changes to Boston's zoning code. The city is also considering a policy to prohibit marijuana use in all city buildings.

The new law levels a total tax of up to 12 percent on marijuana sales, including the 2 percent local tax. Massachusetts lawmakers are eyeing an increase, saying 12 percent is too low.

Marijuana remains illegal at the federal level, and most regulations will come from the state.

Boston officials are convening a working group of city agencies to determine their next steps at the local level.

What they've learned so far from Colorado, Lupi told reporters, includes the importance of coordinating with public safety and city inspections officials, along with the role of public health department in monitoring data as it comes in and preventing people under the age of 21 from using marijuana.

"We know with the data we have now, with our Boston high school students, this is a very vulnerable population," she said.

And despite legalization, Denver officials said Colorado still has an issue with opioids, adding that there isn't compelling evidence available showing marijuana leads to opioid abuse.

Bay State voters approved marijuana for medical use in 2012, but the first medical pot shop in Boston didn't open until August 2016.

Massachusetts, he said, went from decriminalizing small amounts of marijuana in 2008 to legalizing recreational use this year, a "very short time."

"The commission remains concerned about our responsibilities and we take them very seriously, across the board, on this," Doyle said. 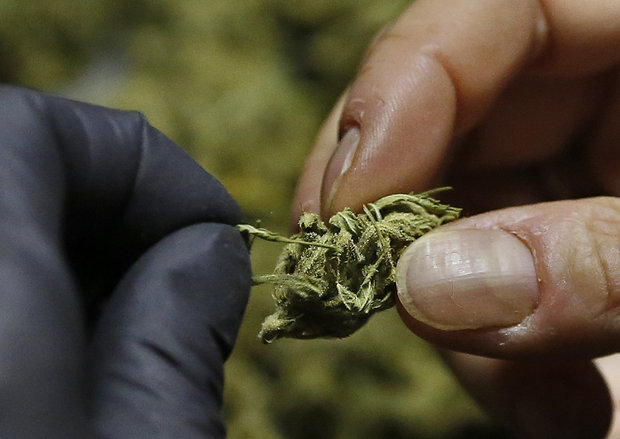