Coverage of marijuana legalization in Colorado has often focused on rare, genuinely tragic occurrences involving overuse of the drug. But "Reefer Madness"-style stories coming out of Colorado won't tell us much about whether or not legalizing marijuana was a good idea. "I think we've learned very little so far from Colorado," said Mark Kleiman, a professor of public policy at UCLA who advised Washington State in developing its legal marijuana policy. "There will be bad things coming out of legalization, but they're not going to happen quickly." There's little data so far to suggest that marijuana legalization has led to serious public safety problems. Despite the proliferation of terrifying anecdotes publicized by anti-legalization advocates, crime has actually dropped in Colorado since legalization.

One of these stories is that of Richard Kirk, who killed his wife after possibly ingesting marijuana and prescription pain pills. Some reporting has actually omitted the pills — the interaction of the two could have contributed to the incident — leaving readers with the impression that consuming a marijuana candy bar alone may have caused the psychotic episode that led Kirk to retrieve a gun and shoot his wife. Police took a blood test, but the results may not be revealed until Kirk's case goes to court, so we won't know for a while what role drugs may have played.

"These are all multi-determined events. We know that because they're rare — if they were simply determined they'd be happening more often," said Keith Humphreys, a professor of psychiatry and behavioral medicine at the Stanford University School of Medicine. "In the aggregate, Americans use marijuana billions of times a year, and there's very few stories like this. If marijuana had this effect in a prevalent fashion, these things would have been happening for years and years and years."

Also prevalent has been the sad story of Levy Thamba Pongi, a 19-year old college student in Wyoming who came to Colorado and leaped off a hotel balcony after eating a marijuana cookie that, according to police documents, contained six and a half servings of THC, the compound in marijuana that leads to intoxication. The coroner concluded that marijuana intoxication was a "significant contributing factor" in Pongi's death. But these are not typical experiences. According to Humphreys, it's "highly unusual" for people "without steady use and without a tendency toward psychosis to become psychotic from using marijuana," though he said he could not comment on any specific incident. Then there's the question of overuse. New York Times columnist Maureen Dowd wrote Tuesday of a trip to Colorado where she had a bad experience after eating a marijuana-laced candy bar that left her "curled up in a hallucinatory state for the next eight hours." Kirk and Pongi are both mentioned in the column.

Yet the risks of marijuana intoxication pale in comparison to the number of deaths attributable to alcohol, which Dowd describes as her own drug of choice. According to the Centers for Disease Control and Prevention, there are around 88,000 deaths related to alcohol overuse every year, about 7,500 of which are the result of falls. Kleiman estimates that alcohol-related falls may account for as many as two deaths per week in Colorado alone. But Dowd's column wasn't about the risks of legal alcohol. And since there are no highly motivated groups fighting for the prohibition of alcohol, they're not likely to make news.

Still, Dowd's column deals with a genuine issue — unlike with smoking, people can have a hard time understanding how much THC they're taking in when they consume marijuana edibles. People consuming edibles sometimes believe they're not getting high because of a delayed reaction, and then end up much more intoxicated than they intended — a problem of which Colorado state officials are well aware. But no one would be surprised if you told them a story about someone getting in trouble after drinking an entire handle of bourbon, either. And unlike with bourbon, there's never been a documented case of someone overdosing on marijuana. "There's clearly an edibles problem, meaning that Maureen Dowd is not the only idiot in the world," said Kleiman. "Eating is dangerous because it's harder to control the dose.

Under legality that problem should go away, because the dose is on the product. You should be able to take just the right amount, just like a drinker knows how many drinks they want to drink." No one is proposing we go back to the days of Prohibition, despite the fact that people often become reckless or violent when they abuse alcohol. The evidence suggests that they're more likely to do so under the influence of alcohol than marijuana. But as Rolling Stone's Bruce Barcott notes, "Legalization rides on the growing belief that marijuana should be treated like alcohol, not like heroin or cocaine." The perception that marijuana, independent of other factors, can turn any teenager suicidal or any husband homicidal, would alter that belief, which is why anti-legalization advocates are focusing on stories like Kirk's or Pongi's.

There may be greater problems with marijuana legalization down the line — particularly as the marijuana industry's political ambitions rise with their profits. But the rare scary story from Colorado or Washington doesn't tell us much about whether or not legalization is working. "So far there's nothing coming out of Colorado that says they made a mistake," Kleiman said. 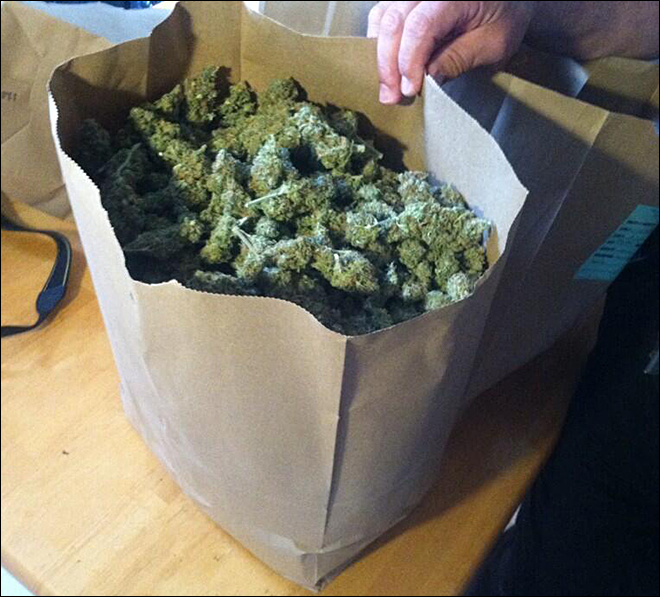 S
Tis The Season For Marijuana?

A Push for Marijuana Legalization