Now that the medical marijuana repeal petition has been cleared, volunteers in favor of reverting the Montana law back to its original state are anxious to start collecting signatures.

According to supporters of the new referendum, they may be out gathering signatures from voters as early as this weekend.

If enough signatures are collected, IR-124 will be placed on the 2012 ballot for a vote of the people.

Signatures are needed from 15% of qualified voters in at least 51of the state's legislative representative districts.

The deadline is September 30th.

In the meantime, supporters say they are doing everything they can to stop the basic outlawing of medical marijuana in it's current form.

Kate Cholewa, a member of the Montana Cannabis Industry Association, said, "We are moving forward on all fronts. Of course it could be the courts that just throw this law out completely. But we are also taking it to the people and one of the reasons why is because the people deserve to vote on it again."

The Montana Cannabis Industry and others filed an injunction against Senate Bill 423.

Judge Jim Reynolds in Helena said he would rule on the case prior to the law taking effect on July 1st.

That gives him one more day to rule on whether to stop all or part of what the Legislature passed. 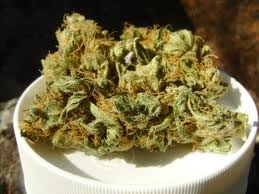 J
Idaho: Medical Marijuana Advocates Gather Signatures For Their Cause