California - In the middle of the day, as she performs household tasks while listening to her favorite music, an unusual thing happens to Bobbe Meyer, an 86-year-old Monterey Peninsula resident who has struggled for years with acute pain from arthritis."I dance," she says. "Without pain, I can move my body much better than before. I'm relaxed. My mood is better. I actually find myself dancing to the music. That's amazing."

Meyer is among an untold number of seniors who have discovered medical marijuana – cannabis – an herbal remedy being prescribed by a growing number of physicians to improve the quality of life by reducing pain caused by inflammation, stiffness and nerve irritation, among other symptoms.Like many geriatric cannabis users, Meyer doesn't smoke the weed. Her method of ingestion is tincture – in her case, about eight drops of liquid per day, mixed with her tea or juice. Medical marijuana also is available as tablets, topical creams, vapor, even edibles such as cookies or brownies. And, of course, some users still smoke.

Does it work? "On a scale of 1-10, I'd give my pain an 8 in my lower back and my left leg," says Meyer, whose previous efforts to reduce the discomfort have included surgical replacement of both knees, one hip, a shoulder and a wrist, plus traditional pharmaceuticals. "I've been using medical marijuana for about six months now, and I'm pain-free."

Is it legal? The federal government still regards all marijuana as illegal – a Schedule 1 drug, like heroine, LSD or cocaine. But 23 states, including California, have legalized the herb for medical use, providing the user has a prescription from a doctor. Ballot Proposition 215, approved by 56 percent of California voters in November 1996, removed state-level criminal penalties on the use, possession and cultivation of marijuana by patients who possess a "written or oral recommendation" from their physician that he or she "would benefit from medical marijuana."

State Bill 420, in effect since January 2004, grants implied legal protection to the state's medicinal marijuana dispensaries, stating, "Qualified patients, persons with valid identification cards, and the designated primary caregivers of qualified patients who associate within the state of California in order collectively or cooperatively to cultivate marijuana for medical purposes, shall not solely on the basis of that fact be subject to state criminal sanctions."

Approved conditions include AIDS; anorexia; arthritis; cachexia; chronic pain; glaucoma; migraine headaches; persistent muscle spasms, including spasms associated with multiple sclerosis; seizures, including seizures associated with epilepsy; severe nausea; and other chronic or persistent medical symptoms. Recent studies also have indicated that cannabis not only relieves many of the symptoms that plague many cancer sufferers, but it also could be preventive, actually suppressing a variety of aggressive cancer cells. (In fact, there has never been a verified case linking smoking marijuana to lung cancer.)

And late last year, U.S. Attorney General Eric Holder said the federal government no longer will intervene in states that had "strong and effective regulatory and enforcement systems." Dr. Deborah Malka, whose Monterey office is one of only two in the county providing medical marijuana cards, says the vast majority of senior citizens aren't worried about federal agents kicking down their doors – nor should they be, she says – and also don't care about any long-standing stigmas that might still be attached to marijuana use in some circles.

"They're way past that," says Malka, who is board-certified in integrative and holistic medicines. "They're at a point in their lives that if they can get pain relief, that's what they want." And Malka also says that many of her elderly patients have been able to eliminate many of the prescription drugs – often 10 or more pills per day – that they've been ingesting for years. Medical marijuana, she says, is a more healthful alternative. As a person grows older, the metabolic systems slow down, she says, reducing the body's ability to clear synthetic drugs from its system.

"You've got all of these old folks who are overdrugged, so anything we can do to help them lower their burden of pharmaceuticals is really beneficial to their health," Malka says. Cannabis actually reduces the sensation of pain in the body's pain receptors, Malka says. It reduces inflammation in the nerves, the tissues and the immune system. It's an effective muscle relaxant, reducing stiffness, spasms and strains. Cannabis can repair nerve damage. And it improves mood, reducing the perception of pain.

Furthermore, medical marijuana is available with or without THC (tetrahydrocannabinol), the principal psychoactive constituent of the cannabis plant. Many users prefer cannabis whose active ingredient is cannabidiol (CBD), which does not produce psychoactive results such as short-term memory impairment. "The CBD does a lot of the same properties as THC, but doesn't bind to the receptors in the brain in the same way. It doesn't get you stoned," Malka says.

Candy Kelly, 77, says she avoids medications produced by what she calls "Big Pharma," fearing daunting warnings about their side effects, and was treating her own arthritis with Aleve and a daily swimming routine, with minimal success. "I was in such pain," she says. "My (adult) son finally suggested I try medical marijuana, and I became convinced after watching a CNN special in which Dr. Sanjay Gupta explains why he went from being completely against it to a total believer.

"A few days after I started taking it I felt great," adds Kelly, who also uses the tincture method of ingestion. "In fact, after a couple of mornings I realized that I had been living with a sore neck that I wasn't even aware of and it was gone. I looked in the mirror and noticed my shoulders were way down where they're supposed to be, instead of up under my ears." Carmel's Kate Haggerty, 70, says her own cannabis use has provided limited relief for her sciatica, but enough to allow her to sleep better at night.

"I can't say it takes away all of my pain, but it does help," says Haggerty, a marijuana user for about two years. "And being able to sleep at night is the greatest benefit, because I had a very hard time with that until I started using cannabis. Now I can easily get a deep sleep." Yet another benefit, says Kelly, is the relatively low cost of medicating. A bottle of cannabis in tincture form, delivered directly to her front door, costs $30, and (in her case) lasts about three months. Local delivery services have made access easy for medical marijuana users, who otherwise must travel out of Monterey County to visit any of several state-legal dispensaries where the herb can be purchased. That's an inconvenience Malka hopes will be alleviated by a changing political climate.

"It would serve the residents of Monterey County greatly if they allowed the opening of a location dispensary, which they do not have now," says the doctor. Opponents of legalizing medical marijuana argue that easy access will create new consumers, that marijuana is a "gateway drug" to harder drugs, that legalization would send a message to children that drug use is acceptable, and that a state government should not be involved in the distribution of substances that are considered immoral by a significant portion of the population.

Users and physicians alike believe more testing of marijuana is needed and warranted, but few studies are being done in the United States. "The only real studies seem to be at certain universities, but I've read that the majority of universities are afraid they'll lose funding for other studies if they take on marijuana. I think that's terrible," Kelly says. "I think the FDA should authorize those studies so we can learn whatever we can: What it will cure, what it will help, what it could harm. It only makes sense." 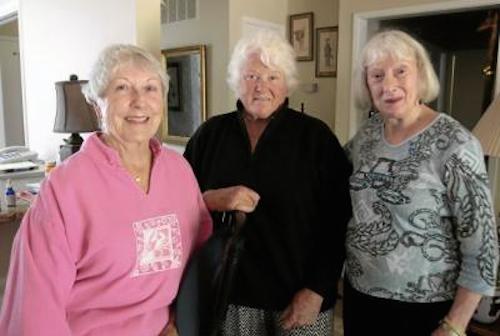