Not Bad Enough: The Families Left Behind By Texas' Medical Marijuana Program

During the summer of 2016, Micah Jensen told his mother, Bonnie, he wanted to spend his birthday free of the severe migraines that had been plaguing him for months. Micah has autism and temporal lobe epilepsy, which causes recurrent, unprovoked seizures. But the migraines were new and getting worse. Just a week before he turned 11, his pain became unbearable. Micah woke up in the middle of the night screaming in agony. Bonnie rushed him to the ER. The doctor prescribed an antidepressant that was supposed to control migraines, but the pain didn't go away.

"He was on the antidepressant for nine days," Jensen said. "He was so spaced out, like a zombie. When I tried to call his name, he wouldn't even look at me."

A few weeks later, Jensen took Micah to a new neurologist, who determined that Micah's frequent seizures were causing inflammation and swelling in his brain, triggering the migraines. His anticonvulsant, Lamictal, had stopped working, so the dose had to be increased. But the powerful drug comes with side effects, including weight gain and the triggering of autistic behaviors such as self-injury.

Jensen started reading news reports about children who successfully used cannabis to treat autism or epilepsy in Colorado. Since Micah is diagnosed with both, she hoped cannabis could wean him off Lamictal, but Jensen learned her son didn't qualify for Texas' nascent medical marijuana program.

In 2015, the Texas Legislature passed the Compassionate Use Act, the state's first medical marijuana program. Though it's tiny in scope compared to other states' laws, the measure allows doctors to prescribe cannabis products with very low THC levels to patients with intractable epilepsy. Access to the state's three marijuana dispensaries, which are expected to open in early 2018, is limited to patients who can't control seizures with federally approved drugs – a restriction that leaves out hundreds of thousands of other patients, including Micah.

Jensen and other medical marijuana advocates tried to convince lawmakers to dramatically expand the program during the 2017 legislative session. More than half of the Texas House signed on to legislation that would have allowed doctors to recommend cannabis to patients with any debilitating medical condition, not just those with intractable epilepsy. Though the bill cleared a committee, it was never considered by the full House.

According to Shannon Robbins, assistant director of Epilepsy Foundation Texas, more than 345,000 Texans diagnosed with epilepsy – about two-thirds of the total – do not qualify for the Compassionate Use Act.

Jensen said Micah's condition is "not bad enough" to participate, even though his epilepsy is incurable. Because he responds to treatment, his case doesn't meet the definition of intractable epilepsy. His seizures can be temporarily controlled by adjusting the dose of Lamictal at least three times a year, but she fears the neurologist will eventually prescribe another anticonvulsant with additional side effects.

"Cannabis is something that should at least be an option for a doctor to recommend," Jensen said. "It cannot hurt. If he overdoses on his seizure medications, it can be lethal. But if he overdoses on cannabis, it's not."

Even some people with epilepsy who do qualify may not benefit. That's because Texas prohibits the sale of cannabis products that exceed .5 percent THC, the chemical compound that gives users a high. Federal law allows the sale of cannabis products that contain up to .3 percent. It's perfectly legal to order "hemp oils," such as Haleigh's Hope and Charlotte's Web, over the internet. Some families have fled Texas for states that have more expansive medical marijuana programs or fully legal recreational marijuana, such as Colorado.

Becca Harmon and her 12-year-old daughter Jillian are among the state's "medical marijuana refugees." Jillian has spastic quadriplegic cerebral palsy and intractable epilepsy. When the family lived in Texas, Jillian would have about 40 to 50 seizures a day. Whenever a seizure lasted more than 5 minutes, Harmon had to apply Valium gel, an emergency medication that must be administered rectally.

Jillian tried Haleigh's Hope, but the seizures never stopped and she needed the Valium gel at least once a month. The family moved to Colorado during the summer of 2016, and they now treat Jillian daily with CBD oil, THC oil and THC creams to ease the pain from her hip dysplasia. Jillian now only has about one seizure per week and hasn't needed Valium since they left Texas.

"We understand fully that she is not going to, one day, have no issues and be perfectly typical just because of cannabis," Harmon said. "But what we have been able to do for her is give her a good quality of life, to be able to find such good seizure control, to help her with the pain."

But back in Texas, other families must endure the sometimes severe side effects of federally approved anticonvulsants.

Rosendo Robles, 12, suffers from brain atrophy and can't walk, talk or eat by mouth. He must take a combination of Keppra and Clonazepam to treat his seizures, according to his mother, Mayra Rivera. When Rivera added daily drops of Charlotte's Web to the cocktail of pharmaceuticals, Rosendo's seizures decreased from 25 a month to about two.

"The doctor wanted to add another medication to treat the side effect of [Keppra]. We said, 'No way,'" Rivera said. "At this point we don't even care about the seizures. We care that his heart is going to stop. That's when we upped the dosage of Charlotte's Web and he got better."

Like Micah, Rosendo doesn't qualify for the state's medical marijuana program since he responds to treatment. But he still has seizures that sometimes last longer than 5 minutes even with his pharmaceuticals, necessitating emergency medication.

Clonazepam's side effects include painful constipation for days on end and severe drowsiness; Keppra can make his heart rate increase to the point where he gasps for air. Even though Charlotte's Web helps, Rivera said she wishes he could qualify for the Compassionate Use Act. A slightly higher THC dose might help with the side effects, or even wean Rosendo off at least one of the pharmaceuticals, she said.

"What kind of life is this?" Rivera said. "This is our worst nightmare – our children are suffering. Lawmakers don't understand the heartache that goes into our lives. What people fail to really understand is that it takes one seizure that could potentially stop your heart and take your life." 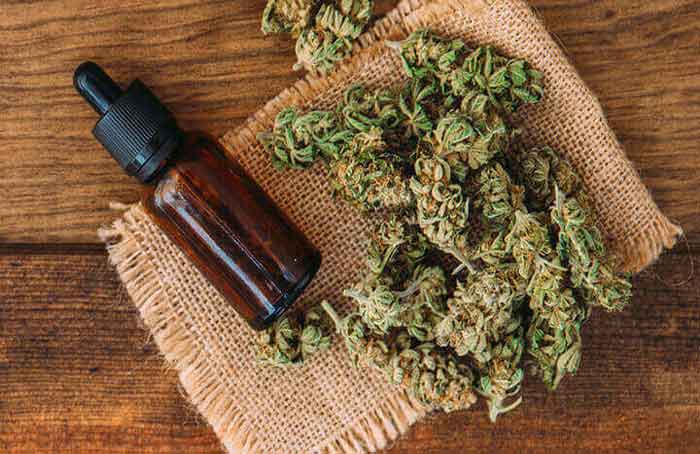