Attendance at those meetings ranged anywhere from 15 to 35 participants, and roughly 95 percent of those who submitted comments were in favor of legalizing medical cannabis, he said.

"What was most shocking was support among senior citizens," Schanz told the Deseret News. "We were shocked at their overwhelming support as we had these public hearings."

The Utah Patients Coalition earlier this summer touted a poll that suggested nearly 3 in 4 Utahns are in favor of legalizing medical cannabis. The poll, conducted by a California research firm, was commissioned by the Marijuana Policy Project, a nonprofit based in Washington, D.C. It was criticized by the Sutherland Institute at the time as presenting respondents with incomplete information.

A poll conducted by UtahPolicy.com and released in April 2016 indicated 66 percent of Utahns favor legalizing medical marijuana, including majorities among both Republicans and Democrats.

The Utah Patients Coalition will need strong support on its petitions in order to put the initiative on the ballot in November 2018, as they are required to gather 113,143 valid signatures from registered voters.

Minimum thresholds of signatures – based off of a number calculated by 10 percent of voters who cast a ballot for president in the most recent nationwide election – must also be met in at least 26 of the state's 29 Senate districts, meaning the campaign cannot focus solely on the Wasatch Front.

"It's no small task. That's why there haven't been a lot of (initiatives on the ballot) — because of the signatures," Schanz said.

No initiatives have made the ballot in Utah since 2004. A referendum – similar to a ballot except that it strikes down a law instead of putting one in place – last made it to the ballot in 2007.

Jason Perry, director of the Hinckley Institute of Politics, agreed with Schanz that gathering signatures is "not an easy process." Perry said many groups who oppose the bill will almost immediately begin campaigning against it. "That is the dance that's going to occur," he said.

The stage is especially set for that tug of war in sparsely populated counties where the room for error is small, he said.

"If you can kill a county in terms of their signatures, you can stop an initiative," Perry said.

Before the initiative could get to this stage, Cox's office was required under state law to perform a review of the initiative's language, ensuring among other basic requirements that the text is not "nonsensical or patently unconstitutional." Schanz thanked Cox and others for their "timely" review of their initiative and for giving it "important input."

The Utah Patients Coalition said changes were made to the initiative since it was first introduced in late June. According to a statement from the group, those included "striking a short tax deduction provision that would have required federal tax law to be interpreted and implemented by state tax authorities" and "establishing a limit on the amount of medical cannabis that a patient or caregiver can transport" – a restriction that the coalition said is common for other drugs.

Schanz said the tax issue, dealing with deductions for some businesses, has been tabled and will be worked out with the State Tax Commission after the initiative is passed into law – if it gets to that point.

Schanz said the Utah Patients Coalition will now finalize its petition documents and plans to get the first signatures by next week. The group wants to collect enough signatures before the beginning of the state legislative session in January, he said. The official deadline for submission is April 15, 2018.

Two medical cannabis bills, designed to legalize it to different degrees, died in the Utah Legislature in 2016. No bills proposing its legalization were introduced by state lawmakers this year. The Utah Patients Coalition has previously said its efforts to create a ballot initiative are in response to a lack of movement on the medical cannabis issue at the state Capitol. 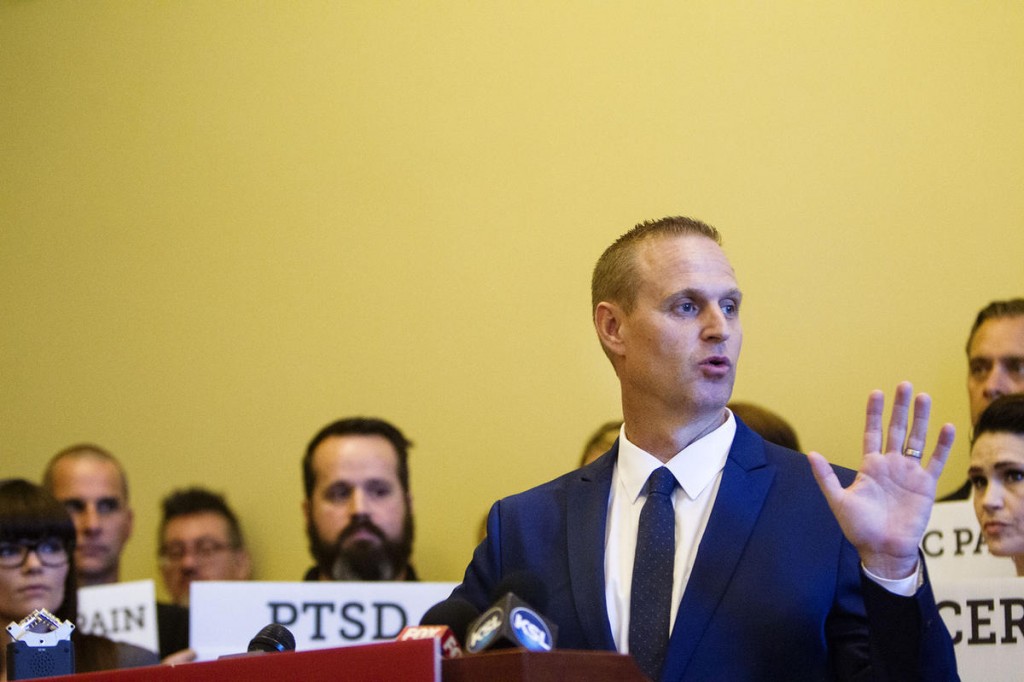 UT: Yes To Medical Marijuana, No To Smoking It