Members of the House Judiciary Committee approved a minor change to a bill that would legalize possession of up to an ounce of marijuana for those 21 and older – and the cultivation of two mature and four immature pot plants. It would take effect in July.

The move sets up a vote on the House floor Thursday and, if the bill passes, a Senate vote as early as next week. Gov. Phil Scott, a Republican, has said he would sign such a measure into law if it reached his desk in its current form.

"This is usually something that happens at the very end of the session ... so it's unusual for us to be, boom, starting with it right away," she said shortly after her panel signed off on the latest iteration.

Both the House and Senate passed similar legislation last year, but Scott vetoed it, citing concerns about highway safety and use by minors. Legislators ran out of time during a veto session last June before a compromise bill – increasing penalties for those driving with marijuana and providing it to minors – could garner a vote in the House.

On Wednesday, the House Judiciary Committee voted 8 to 1, with two members absent, to remove from the bill a legislative commission that would effectively duplicate the work of a commission the governor created last summer.

Grad said she was confident the latest version would pass the House on Thursday and later win Scott's approval.

"I haven't talked to the governor personally, but certainly I've been working closely with his staff and addressing not only his concerns, but I think they're shared concerns, especially with youth and highway safety," she said.

Sen. Chris Pearson (P/D-Chittenden), a leading legalization advocate, said Wednesday that he's confident the Senate would again back the bill, even though it fell short of the tax-and-regulate model his chamber initially approved last year.

A Scott spokesperson, Rebecca Kelley, indicated that the governor, too, was onboard.

"As Gov. Scott said in June when he came to an agreement with the legislature on revisions to the bill he vetoed ... he would sign the compromise bill if it made it to his desk," Kelley said. "So, barring any changes to the bill – and while it is not a priority for him – he expects to sign it." 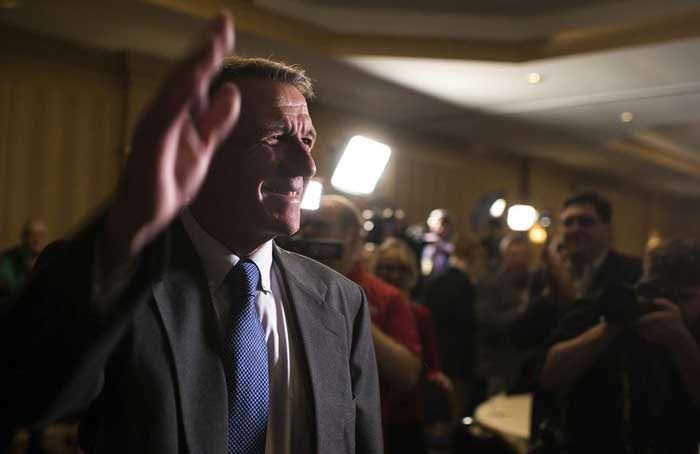