A bill making possession of small amounts of marijuana a civil rather than criminal offense will be introduced in the coming state legislative session, after failing to advance this year.

Sen. Robert A. Zirkin (D-Baltimore County) said he will "absolutely" introduce a decriminalization bill in the 2014 General Assembly session.

A bill he introduced in the 2013 session failed to come up for a vote in the House Judiciary Committee. The Senate approved the bill, 30-16, before sending it to the House.

Zirkin said Sept. 5 he didn't know yet whether his new bill would have any substantial changes. This year's bill made possession of up to 10 grams of marijuana punishable by a fine of up to $100.

He also didn't know whether other legislators plan to introduce similar bills.

Zirkin said he'll submit another bill because decriminalization makes sense for the state.

"I firmly believe in it," he said.

Zirkin said he has an upcoming meeting with Judiciary Chairman Del. Joseph F. Vallario Jr. (D-Prince George's) and plans to talk about marijuana decriminalization. After that, he'll have a better idea what form his bill will take.

Del. Kathleen Dumais (D-Montgomery), the vice chairwoman of the Judiciary Committee, said that several committee members struggle with the concept of decriminalization.

Dumais said she believes the committee's general philosophy is to take small steps on the marijuana issue. The state recently legalized medical marijuana and allowed police officers to issue citations for marijuana possession rather than arrest offenders.

She and other committee members had concerns in the last session about whether decriminalization would make it easier for minors to get access to marijuana.

"I think we're going to have to wait and see" where the committee stands on a bill for the next session, Dumais said.

Zirkin said that research doesn't show any increase in use among teens or other groups, or use as a gateway to other drugs in comparisons between states that have decriminalized marijuana and states that haven't.

He said the state could save hundreds of millions of dollars on enforcement, as well as time by judges, police officers and prosecutors.

Sen. Jamie Raskin (D-Montgomery), who serves on the Senate Judicial Proceedings Committee, said he thinks the days of marijuana as a cultural issue are over.

"Today, we are looking at this as a question of public policy and dollars and cents. People want to know whether it really makes sense to be putting people behind bars for simple possession," he said.

Raskin was behind a 2011 bill that provided a defense for those possessing marijuana for medical reasons with a doctor's order, and a 2012 bill that reduced the punishment for simple possession of the drug from 12 months in jail to 90 days.

Both he and Zirkin think the public is moving toward approving the idea of decriminalizing marijuana.

Raskin compared it to other issues the state has taken up in recent years.

"I feel like the question of the war on drugs is where marriage equality or the death penalty repeal were several years ago," Raskin said. "People are beginning to assess in a very sober way the costs and benefits of criminalizing marijuana."

Zirkin said he's willing to have the measure go to referendum and let the voters decide, if that's what it would take for the Judiciary Committee to approve it.

"I think the voters overwhelmingly would support this," Zirkin said. 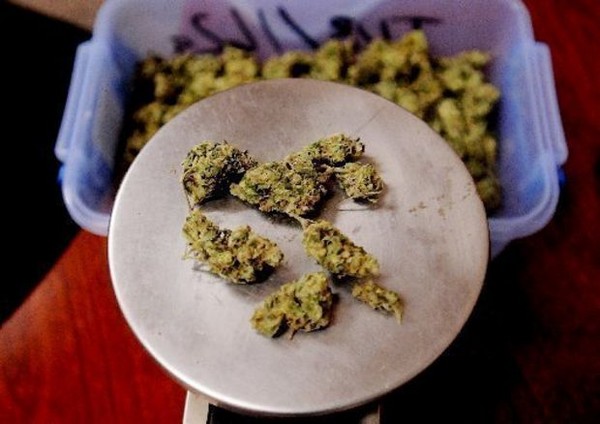