With the goal of garnering more than 50,000 signatures, Compassionate Idaho and advocates for medical marijuana hope to put their cause on Gem State ballots in 2014.

Rinehart told BW that beginning Friday, March 8, her organization will launch the petition drive–calling for the legalization of medical marijuana in the Gem State–looking to wrap up the effort on April 30, 2014.

When asked about Compassionate Idaho's motivations toward the recreational use of pot, Rinehart said "It's not on our agenda."

"There are patients going to jail for treating their illness" said Rinehart. "A lot of people are leaving our state to live in neighboring states because they're scared."

Rinehart pointed to a fellow advocate diagnosed with multiple sclerosis.

"She was arrested four times for treating her illness [with marijuana]," said Rinehart. "And she was eventually going to face prison time."

Rinehart told BW that the petition drive would include volunteers gathering signatures near shopping centers and college campuses, in addition to an online effort at compassionateidaho.org. 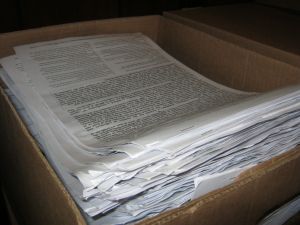