A crowd of 50 people gathered at the Ann Frank Memorial downtown on April 20 in hopes of gathering more signatures for a medical marijuana petition and to march to the State Capitol spreading their message on medical marijuana as an alternative choice for medical
treatment.

Sara Cramer, new chapter leader of the Treasure Valley Idaho Moms for Marijuana, organized this event to deliver a message to the governor's office and ask for an open forum to discuss the issue of medical marijuana. However, Lindsey Rinehart, 29, leader of Compassionate Idaho who suffers from multiple sclerosis, released a statement April 15 stating that the organization didn't gather enough signatures to get the Idaho Medical Choice Act on the 2012 ballot.

"We will get these laws changed," Rinehart said in her statement. "We need your help because we are not giving up and we are not going to go away."

The details of the Idaho Medical Choice Act would have protected patients needing marijuana for medical use. With the act, patients could have nine plants, five of which could be harvested. But patients would never have more than two ounces at a time every 14 days. Patients would also be able to grow their own marijuana, have a grower grow for them, or go to a dispensary.

In 2009, DrugFree Idaho Inc sponsored PAYADA, which provided educational classes aimed at elementary students and their parents. The curriculum stated that in that states such as California, where medical marijuana is legal, are overrun with fraud and 70 percent of California medical marijuana cardholders are under the age of 40.

But Rinehart disagrees with DrugFree Idaho's stance that marijuana is more harmful than useful.

"We live in Idaho, not California," Rinehart said. "We're a conservative state, so state measures have to be kept conservative."

Compassionate Idaho said it will continue to fight for Idahoans to use medical cannabis to treat cancer or other medical illnesses.

"We are surrounded by states that have safe access for their patients and it's time to do the right thing here in Idaho too," Rinehart said. 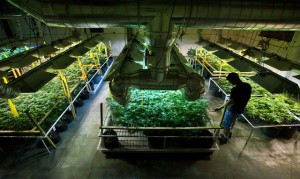