This pic is from a plant that I had growing in my front yard last year. I've never seen one like it before. About 95% of the leaves are single fingers. There was a rare triple leaf here and there. This plant did not live long after this picture was taken. My neighbor made me paranoid and I pulled it up. I was just wondering if anyone else had ever come across a strain like this. Or could this have been caused by some kind of stress? It was just one of several plants that I had growing in my yard. All got pulled up. I'm growing indoors this year. 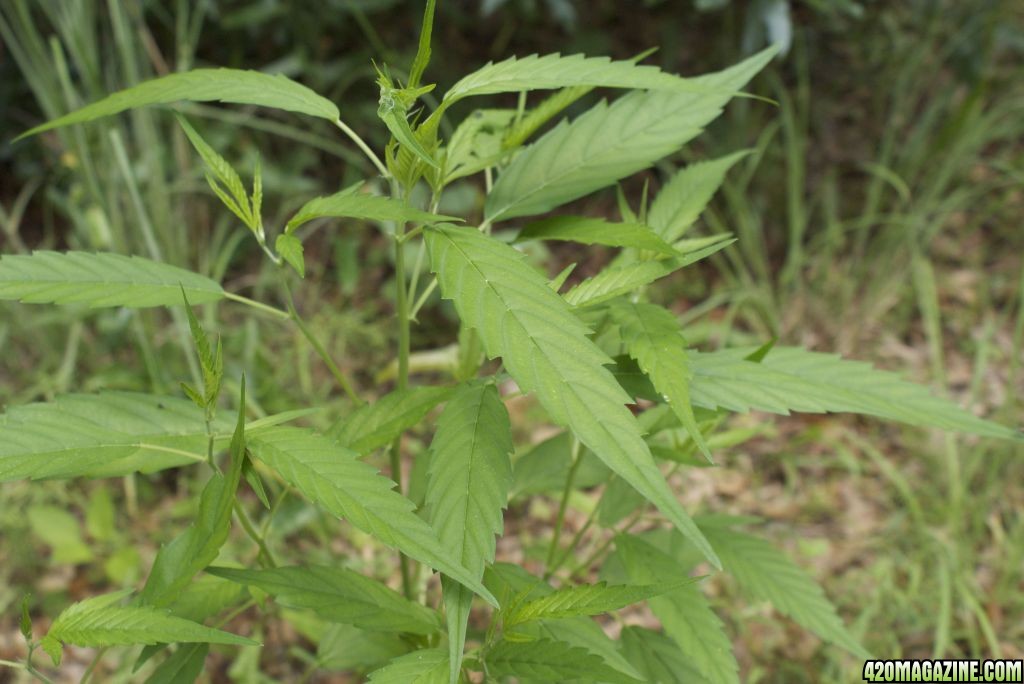 I've seen plants do that before. I think its usually caused by some sort of light-cycle confusion.

jason420faded said:
I've seen plants do that before. I think its usually caused by some sort of light-cycle confusion.
Click to expand...


Ah, that may very well be. It spent it's first 3 or 4 weeks in a part of the yard that only got an hour or 2 of direct sun per day. The rest of the day it was in the shadow of trees surrounding it. Another plant that was growing beside this one in the shade showed male flowers and was releasing pollen at about 5 weeks and at less than a foot tall.

Why were they in the shade? Well, I had kinda forgotten that I had planted the seeds and left the pots were I was at the time. Oops. I found them a few weeks later.

B
What was growing under the hood?

I
My little plants