Pennsylvania - Medical marijuana is expected to be the subject of an upcoming hearing at the state Capitol. A state Senate proposal would allow a derivative of the substance that advocates say could treat severe cases of epilepsy in children. Sponsoring Republican Sen. Mike Folmer of Lebanon County said he's always thought the prohibition against medical marijuana didn't make much sense. "My goal with all this is to make sure that every patient that's fighting whatever disease they have has every weapon available to them to deal with their disease, and I just don't think it's my right as a legislator to get in the way of an individual as they are fighting their diseases," he said.

Folmer said his medical marijuana bill would legalize a certain type of cannabis derivative that is very low in tetrahydrocannabinol, or THC, the part of marijuana that causes a high. Gov. Tom Corbett has said he would veto any marijuana legalization bill if it came to his desk. He recently said he would be interested in federal research on the drug's effectiveness as a medical treatment. 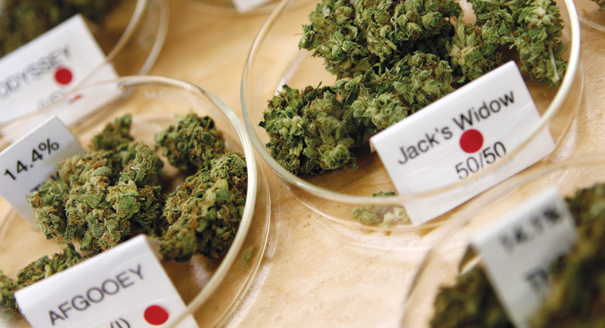 Jun 10, 2014
The General
T
T
Medical Cannabis Bill Could Get Push In Pennsylvania