The Michigan Attorney General's Office gained permission Monday to join a lawsuit by Chesterfield Township that aims to shut down a medical marijuana dispensary.

Macomb County Circuit Judge John Foster ruled that the state's lawyers could intervene in the township's zoning action that aims to shut down the Big Daddy's medical marijuana facility on Gratiot Avenue between 23 Mile and 24 Mile roads.

The move is the latest in a series by Michigan Attorney General Bill Schuette to curtail the fledgling commercial operations of medical marijuana in Michigan. Schuette maintains that a state Appeals Court ruling this year, involving an Isabella County case, means that patient-to-patient sales and any form of dispensaries -- commercial sales outlets -- are illegal. The case has been appealed to the Michigan Supreme Court, according to court documents.

But attorneys for the Big Daddy's Management Group and Rick Ferris, 46, of Harrison Township, who operates the Chesterfield Township facility, said they would show that a dispensary of the type Ferris runs is within the bounds of the Michigan Medical Marihuana Act. The development comes a month after Ferris and his daughter Stefanie Ferris, 26, of Hazel Park were arrested at their Oak Park headquarters, since closed.

"Schuette is twisting the language of the Court of Appeals to pursue his own goals in defeating the will of Michigan voters and their approval of medical marijuana," attorney Paul Tylenda said. Big Daddy's also operates shops that sell equipment for cultivating medical marijuana indoors in Livonia and Burton, near Flint, and the firm sells the equipment nationwide on the Internet, Tylenda said.

Schuette is known for his opposition to allowing medical marijuana use in Michigan. In 2008, he spoke out against the statewide referendum supported by 63% of Michigan voters to enact the Michigan Medical Marihuana Act.

"Across Michigan, our communities are struggling with an invasion of pot shops near their schools, homes and churches," Schuette said Monday in a news release.

Chesterfield Township has said in court documents filed Sept. 15, 2010, that Big Daddy's is a public nuisance and that Ferris failed to obtain a certificate of zoning compliance for the dispensary.

Ferris and his lawyers said the facility complies with state and township regulations. 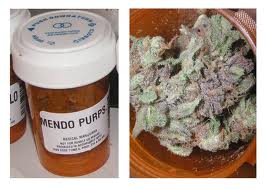