The Bright Future And Frustrating Present Of Cannabis In Canada

It looks as if Canada is possibly on its way to legalizing recreational weed use, which would make it and Uruguay the only countries on this planet to do so (as of press time). The plan, which pundits say is likely to pass, is not all wine and roses for our stoner brethren to the North. Of great concern for anti-prohibitionist Canadians is that amnesty for past offenders was dropped from the bill, which was introduced by Prime Minister Justin Trudeau in early April. Further, people who violate the new laws would be subject to prison sentences anywhere from 14 years to life.

Still, since the legislation was introduced six weeks ago, the cannabis world has been all aglow with visions of Canada as a snowy weed-wonderland. This rosy outlook, though, ignores the current reality for Canadian cannabis users. In the year since Federal Health Minister Jane Philpott announced that the Liberal government would introduce legislation to legalize marijuana, there have been reports of arrests and raids from Vancouver, Montreal, Toronto, and other cities. Of course, if Canada is deciding to crack down on dispensaries, those medical patients don't just go away; they go underground–or perhaps across the border. This could be a good thing for Washington's cannabis industry, as well as hotels, restaurants, and anywhere else these Canadians might decide to spend some cash.

However, something else is discouraging Canadians in search of cannabis from trekking south. Under current law, the U.S. Border Patrol will permanently ban entry to any person admitting to the usage of drugs that are illegal in that person's home country. Weed is still illegal in Canada–and will be for the foreseeable future–and Border Patrol are apparently enforcing this rule with renewed vigor. A recent article in The Seattle Times pointed out that people have fought it–and most win–after paying a $585 fine and entering their names into a permanent registry. But recently, a 20-year-old Canadian student's appeal was denied. According to Blaine immigration attorney Len Saunders, this is the "first change I've seen." He thinks this may be a harbinger of a less tolerant future. Saunders advises people to just refuse to answer any questions about cannabis use. "Let's change the question: What if they asked about your sex life? Would you be so forthcoming?" he said. "If you've smoked in the past, it's nobody's business."

Still, the cooling effect of these border actions are notable. So much of what makes weed culture the vibrant, weird, beautiful thing that it is our ability to commingle with folks from all over the world. We share stories, strains, and snuggles. Cannabis is a plant of communion and fraternity all over the world, but now it seems it's being used as yet another tool for isolationism. 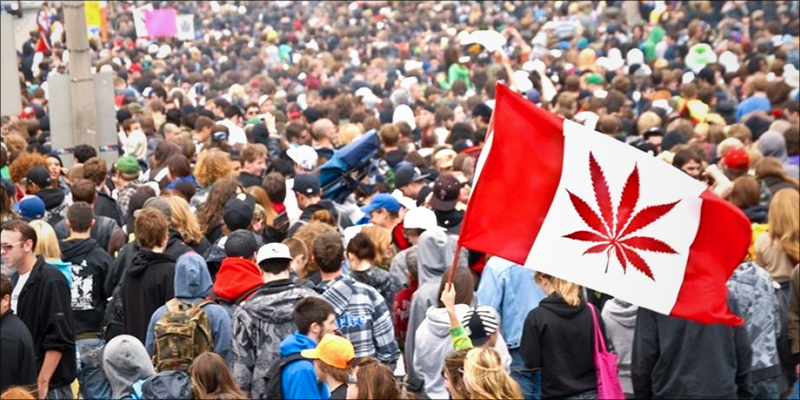