Britain's only legal dope dealer looks quite ordinary. Bespectacled and wearing a dark grey suit, GW Pharmaceuticals' boss Justin Gover bears a closer resemblance to a City banker than someone who grows 20 tonnes of cannabis every year.

It is used to produce a multiple sclerosis (MS) drug, the world's first cannabis-based medicine, which is on the market in the UK, Spain, Canada and New Zealand. Called Sativex, it was the subject of a Â£20.7m international distribution deal last week with Swiss multinational Novartis — a tie-up with the potential to transform GW Pharmaceuticals' scale and sending its shares surging 15%.

Gover insists that Sativex — "medical marijuana" — does not get users high: "It's not just street cannabis put into a bottle." It is made from two cannabinoid substances found in the plant, THC and CBD. THC produces a high, but CBD counteracts it, and because Sativex is an oral spray the drug is absorbed more slowly than if it was smoked.

He is keen to dispel another myth: "We don't just plant seeds of cannabis. To get regulatory approval, we had to meet very strict standards. We had to know every vial of Sativex is identical."

The two strains of cannabis are each cloned and grown for eight weeks in a computer-controlled environment: "We end up with biological material that is entirely uniform."

Battling against scepticism in the Square Mile, Salisbury-based GW Pharmaceuticals has ploughed a lonely furrow as a listed company developing cannabis-based drugs since its flotation in 2001. The biotech firm keeps the location of its two cannabis fields secret; they are somewhere in southern England under 24-hour surveillance. Each plant is registered and genetically fingerprinted so it can be traced if stolen. GW needs special licences from the Home Office for sites, production, storage and exports, and the drug is transported in high-security vans to hospitals where it is put in a safe with opiates such as morphine.

For hundreds of thousands of MS patients with spasticity (muscle stiffness), Sativex promises pain relief where other drugs have failed. Gover says: "Picking up a teaspoon can be a problem and painful for people with MS. Sativex relieves the symptoms and improves sleep."

However, it is more expensive than other drugs and many health authorities are reluctant to pay for it. A 10ml bottle (equating to 90 sprays) costs Â£125, about Â£11 a day for the average user. Health authorities in the west and east Midlands and the south-west, including Cornwall and Devon, have come out against Sativex, saying it is not cost-effective.

This means that even though neurologists can make special applications to prescribe Sativex for MS patients with spasticity for whom other medicines do not work, applications are unlikely to be approved by primary care trusts (PCTs) in regions when money is tight. Other areas where patients have problems getting access to Sativex include East Anglia and Scotland. Nicola Russell, director of services at the MS Trust, says this is short-sighted: "If someone gets a pressure sore or falls over, the cost to the NHS is huge. The Trust believes that for a small number of people who have been assessed as appropriate by an MS specialist consultant, the NHS should be willing to fund Sativex."

Until GW won full approval for the drug in the UK last June, patients could be prescribed Sativex on a case-by-case basis — the "named patient programme" — and more than 90% of PCTs paid for it on the NHS. But public spending cuts have turned the availability of the spray, which is sold by GW's partner Bayer in the UK, into a postcode lottery.The MS Trust and patient groups are campaigning for PCTs to pay for Sativex. In contrast, in Spain the state healthcare system will pay for the drug. "The methods by which cost-effectiveness is evaluated are very poor," says John Zajicek, professor of clinical neuroscience at the University of Plymouth. "Where health budgets are being squeezed, any excuse not to make new medicines available is being used. I have written prescriptions [for Sativex], but have been told to stop writing them, even for people who are already on it. This is forcing people into using illegal sources again."

GW was founded in 1998 by Geoffrey Guy, a scientist with a long-held interest in plant medicine, and Brian Whittle, both entrepreneurs in the UK biotech industry. Unlike the opium poppy, which has spawned a whole generation of opiate medicines, cannabis had not been studied for its medical potential, despite its therapeutic history. "Cannabis has a long history of medical use which was then overtaken by the recreational effects," says Gover, who became managing director of GW in 1999. "In the early 1990s, it started to be understood how receptors in the brain — cannabinoid receptors — react."

GW was the first company in the world to seriously investigate its medical potential after its founders noticed that many MS sufferers resorted to smoking the illegal drug to alleviate their pain. The firm, which is listed on London's Alternative Investment Market, is also running late-stage trials of Sativex as a treatment for cancer pain, and working on other cannabis-based drugs for conditions such as breast and brain cancer, diabetes, epilepsy and even schizophrenia — which some studies have suggested is more prevalent among recreational cannabis users.

Gover, who holds an MBA from French business school Insead, turned down a career in banking to go into the risky biotech sector. He had previously worked with Guy at one of his other firms: "This is a bit of an irresistible company in terms of what they do. I'm very proud of my career decision."

Even though some clinical trials went badly, and it took more than a decade for the first cannabis drug to reach the UK market, this is quite normal for new medicines, he says and the GW team never lost faith in the treatment's potential.

"I don't think we ever doubted the efficacy because the data we were seeing were very consistent from the early days," says Gover. "There have been, without doubt, difficult times for GW, but it is hard to recall a drug development programme that hasn't had delays and setbacks in its history."

The company, whose investors include M&G, Gartmore, Aviva, Schroders and Blackrock, as well as many private shareholders, received a big boost from the deal with Novartis. The Swiss pharmaceuticals giant will sell Sativex in Australia, New Zealand, Asia (excluding China and Japan), the Middle East and Africa.

GW already has licensing agreements with Bayer for the UK and Canada (where Sativex has been on the market since 2005), Almirall for most of Europe and Otsuka for the US. It anticipates regulatory approval later this year in Germany, Italy, Sweden, Denmark, Austria and the Czech Republic. 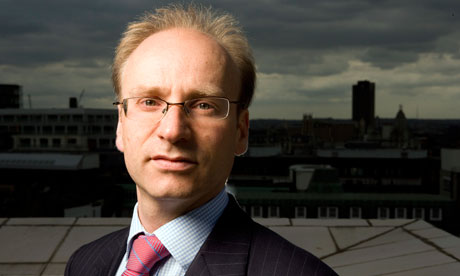 Justin Gover: 'It's not just street cannabis put into a bottle...
we had to meet very strict standards.'
Photograph: Richard Saker for the Observer​

don't doubt the efficacy of home grown. my doctor prescribed sativex , but it was disallowed by my long term disability insurer, great west life, since i didn't have the exact named condition that it was officially prescribed for. i was going to appeal the decision, but after the cost of sativex was revealed to me, i decided to grow my own quality medicine, even though i wouldn't be paying for the sativex had i won the appeal. it's fantastic and i'm having a blast. i've been vaping neville's haze and it's letting me see and sing the praises of sinsemilla and i love the side affects. 420 Magazine ®

Sativex Coming To The U.S.

Sativex Coming To The U.S.