TN: Cooper - Marijuana Decriminalization Is Not For Cities To Decide

Too many questions remain unanswered for marijuana decriminalization to be seriously considered in individual Tennessee cities, but Nashville and Memphis have pushed ahead with decisions on the issue.

The Nashville Metropolitan Council was to have taken a final vote on its ordinance Tuesday, while the Memphis City Council is set to make its decision Oct. 4.

The unanswered questions aside, the issue is worth considering, but the two cities put the cart before the horse.

With decriminalization, police who catch people with a half-ounce of marijuana or less have the discretion of giving them a civil citation for a $50 fine or community service. Currently, Tennessee law calls for people who have a half-ounce or less of pot to face a misdemeanor charge punishable by up to one year in jail and a $2,500 fine.

Let's stop first at "police... have the discretion."

Police already have the ability to use discretion when they make contact with people. They may, for instance, give one driver a speeding ticket and let the next one go, depending on the situation. They may give someone one charge in an incident but give them a break on another charge they could have tacked on.

Because statistics show blacks are more likely to be arrested for marijuana offenses than all other races and ethnicities, and because of the current racial tension in the nation, police would likely find themselves in many discretionary quandaries over marijuana decriminalization charges.

Imagine their thinking. Do we cut a black person a break when we think they deserve more than a civil citation to diffuse any potential racial issue? Do we give a white person a more severe charge in the same situation to show we're fair? How do we handle it when both whites and blacks are stopped together but may not deserve the same charge? If the officer is white and the person stopped is black, and vice versa, is it racist if the officer does not give the person stopped the citation?

State Rep. Raumesh Akbari, a member of the Black Caucus of State Legislators, is already on that page.

"Any time you give discretion to anyone," she told The Associated Press, "sometimes their personal interactions or their biases might come into the picture."

Since discretion on the charge can vary - ultimately - between community service versus a year in jail and a $2,500 fine, we're leery of decriminalization in the two cities going forward without more clarity.

Another issue is that the new laws, once adopted, immediately would be at variance with state law. In other words, a stop on one side of a Memphis street could bring a citation. A stop on the other side of a street, in Shelby County rather than the city, could bring a charge that's ultimately punished by a year in jail and a $2,500 fine.

That's already on the mind of at least one legislator, too.

State Rep. William Lamberth, R-Portland, chairman of the House Criminal Justice Committee, has said he is considering filing a bill in the next legislative session that would withhold state highway funds from cities that fail to enforce the state marijuana law.

Proponents list cities that already have taken the step to decriminalize marijuana use, as if the list would be convincing evidence for Nashville and Memphis. The only problem is four of the cities they point to, Chicago, Detroit, New Orleans and Miami, are in the top 25 of U.S. cities with the most crime, based on a 2015 list. Memphis and Nashville are also on that list, the former second and the latter 14th.

Shelby County District Attorney Amy Weirich wondered if decriminalization wasn't just a solution looking for a problem. After all, she noted to The Associated Press, only 333 of the roughly 200,000 cases her office reviewed in 2015, or .17 percent, involved simple possession as the only charge.

In other words, usually there's much more going on than simple possession. And she didn't say this, but it's likely many of the simple possession charges would be dropped in the face of the more serious charges.

We believe decriminalization is worth discussing at the state level - that it has the possibility to better focus policing, to reduce jail overcrowding and to reduce barriers to better opportunities. But we believe its adoption at this point by cities raises two many questions, has the possibility of elevating (instead of quelling) racial tensions and will cause confusion with current state law. 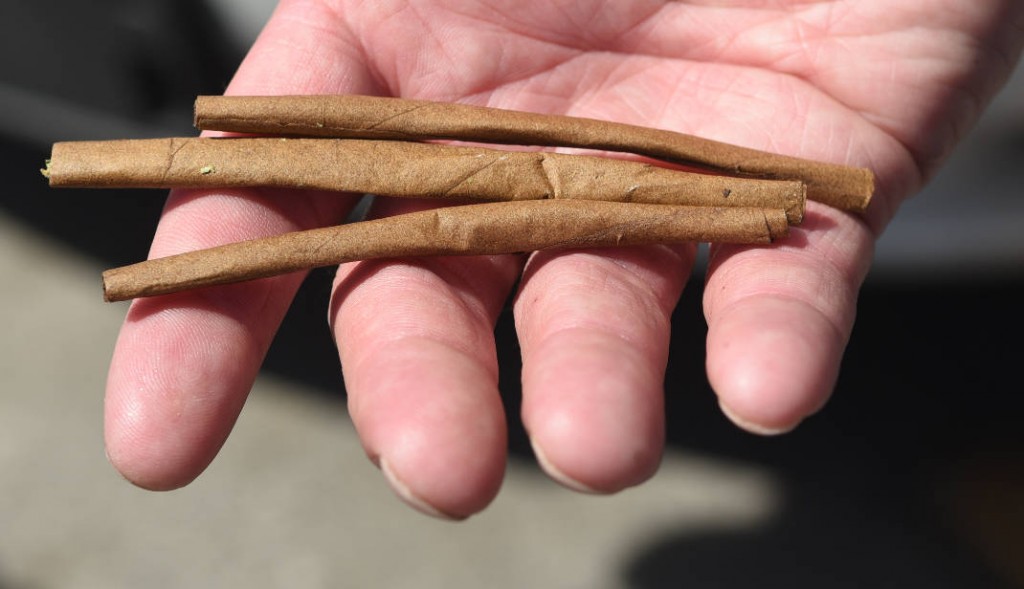 Beautifully written and exactly correct... TN voted and turned down even medical and if they try to go around it this way... Have you ever been stopped by a TN state cop...

It's a nightmare and they have no sense of humor.... They will use this to go out of their way to find more charges.... It's still classified the same as heroin here... It will change I believe but I doubt I will see it in my lifetime.... I've been in this state most of my life and will never leave but it is kinda backwards here even in Nashville and Memphis.....

..We will never forget those who started the CCO mission here.
t Tim AKA: "420 Motoco", and his wife Mo, who is full speed ahead with that mission.....

Don't forget to vote in the monthly contests