In a sign of marijuana's growing normalization in Canada, two major life insurance companies have decided to treat cannabis users as non-smokers, reversing a long-standing policy and offering many of them far cheaper premiums.

Like their competitors, Sun Life and BMO Insurance have for years classified anyone who disclosed using marijuana — either recreationally or for medical purposes — as a smoker, saddling them with charges that could be triple those of non-smokers.

But in memos released over the last week, the companies say the latest research on the drug's health impacts convinced them to change that approach.

Sun Life's new policy applies to all marijuana consumers who do not also smoke tobacco; BMO's is more limited, benefiting recreational dabblers who smoke up to two "marijuana cigarettes" per week.

"In our industry, we keep up to date with medical studies and companies update their underwriting guidelines accordingly," Sun Life said in a statement Friday. "As a result, people who use marijuana are now assessed ... at non-smoker rates, unless they also use tobacco."

"In our industry, we keep up to date with medical studies and companies update their underwriting guidelines accordingly"

The change comes as cannabis is increasingly accepted as a medicine for various ailments, and the federal government prepares to legalize recreational possession as well.

Their decision was likely motivated by what would have been an unthinkable factor for a legitimate corporation in the past: a burgeoning market of Canadians who admit to using marijuana, said broker Lorne Marr of Toronto's LSM Insurance.

"They're trying to get an edge on the other companies," he suggested. "I don't think they're just trying to lower consumers' premiums."

The head of a patient advocacy organization hailed Sun Life's new policy as an important breakthrough, saying the insurance issue has been a "huge concern."

Not only have users of medical cannabis been forced to pay "exorbitant" life insurance rates, but in some cases they've actually been turned down for coverage, said Jonathan Zaid, founder of Canadians for Fair Access to Medical Marijuana.

"It was a huge discrepancy in the way patients were being treated," he said. "I've even heard of (medical marijuana users) who couldn't get mortgages because they were denied life insurance."

Companies apply the policy to patients who smoke pot, employ vaporizers or just consume the drug in edible products, said Zaid. And yet there is little good evidence that even long-term smoking of it causes cigarette-like harms, he said.

Cannabis smoke does contain many of the same carcinogens as tobacco fumes, but a Canadian co-authored study published last year – like others before it – concluded there was little evidence of an increased risk of lung cancer, even in habitual users. Experts say that's likely because cigarette smokers suck in far more of those cancer-causing chemicals on average than pot users.

"It's great that they're recognizing that the old policy wasn't based on science," Zain said. "There's no evidence that there is any long-term risk of cancer or anything equivalent to tobacco."

Being treated as a smoker by insurers certainly carries a financial sting. One $500,000 policy with a 20-year term costs non-smokers $53 a month, smokers $148, said Marr.

Applications typically ask if customers use marijuana and, while it's possible to give a false response, companies administer urine and blood tests to back up information clients give them, he said.

Marr said it's likely now that other insurers will follow Sun Life's example. 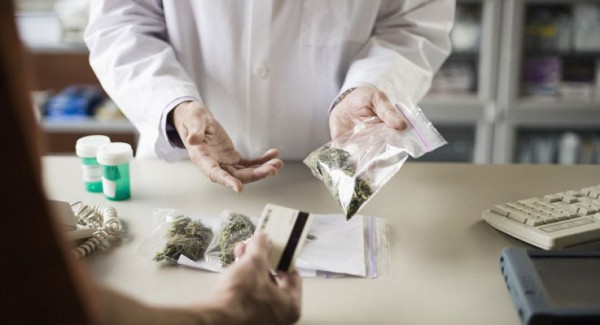 Aug 15, 2016
Katelyn Baker
K
R
Canada: How A Headache Sufferer Got His Insurance To Cover Cannabis