Thanks to this region, the effort to decriminalize marijuana in Virginia just got a major push.

A Hampton Roads chapter of the National Organization for the Reform of Marijuana Laws launched this week. Dozens of people showed up for the kickoff event in Virginia Beach.

This will be the group's seventh chapter in the state, but it will likely be one of the largest, said Jenn Michelle Pedini, executive director for Virginia.

"It's an enormously progressive and populous metro, and lawmakers in this metro clearly support reform," she said of Hampton Roads.

The group will hold social and educational events and get involved at the state level to promote the decriminalization and regulated use of marijuana, said Jasmine Washington, leader for the new local organization.

She hopes to involve more members of minority communities in the group too.

In Virginia, National Organization for the Reform of Marijuana Laws chapters are focused on decriminalization and expanding medical uses for marijuana.

Legalization is the ultimate goal, but it will likely take a long time, Pedini said.

In this year's General Assembly session, Portsmouth Del. Steve Heretick presented a bill that would make possessing small amounts of marijuana a civil charge instead of a criminal misdemeanor and eliminate the possibility of jail time. It didn't pass.

Local decriminalization advocates also want laws to allow for the use of marijuana and cannabis oil as medical treatment. It could be used for chronic conditions, like Crohn's Disease, multiple sclerosis, post-traumatic stress disorder and cancer.

The state already allows cannabis oil to be used to treat some types of epilepsy.

Decriminalizing marijuana is a hot topic in Virginia politics.

Lt. Gov. Ralph Northam, the Democratic candidate for governor, supports decriminalization, saying current laws unfairly target black Virginians and can be a drain on public safety resources. And the state's most powerful Republican, House Majority Leader Tommy Norment of Williamsburg, pushed for a study on decriminalizing marijuana in the General Assembly's last session.

Ed Gillspie, Northam's Republican opponent, doesn't support decriminalization but said the penalties should be reformed so they "align appropriately to the offense committed," according to a statement from campaign spokesperson Dave Abrams.

The Virginia Crime Commission is currently studying decriminalization, and a group of lawmakers will examine expanded use of medical marijuana.

State Sen. Lynwood Lewis, who represents parts of Virginia Beach and the Eastern Shore, said the state's studies of marijuana are a big step for decriminalization efforts.

"In Virginia we move in slow steps," he said. "But we are moving." 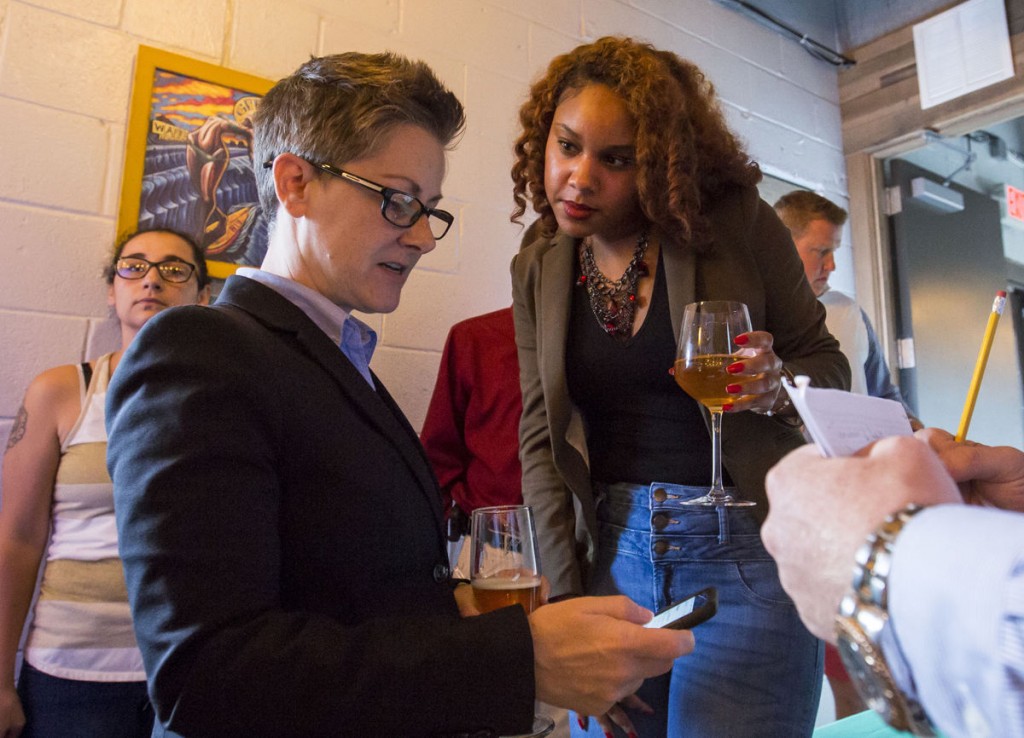