A vaporizer is a device used to heat material to a temperature which releases its volatile ingredients as a vapor into the air. The advantage of vaporizing over combustion is that no smoke is produced, and the vapor generated should not contain as many toxic particles such as tar, naftalene, toluene, benzene. These byproducts may be harmful and irritating to the throat, mouth and lungs. Burning herbs has also been proven to destroy a number of active compounds, making flame combustion and incensing far less effective than vaporizing. A vaporizer may be used to release active components of medicinal herbs and organic substances into an enclosed room. Vapor has been reported to work faster, more efficiently, and is much cleaner than burning or incensing. In theory this makes the vapor much healthier than smoke released by flame combustion or smouldering.

Most aromas of trees and plants which we perceive as pleasant, are produced by volatile oils in the plant's tissue. The smell of Eucalypt when walking through the bush, or the smell of culinary herbs is a result of these oils. Not only are they pleasing our olfactory sensors, they may have desirable effects on our health and well being. Lavender for example may have a calming effect, and is thought to enhance sleep. Essential oils of jasmine, lemon balm, rose, eucalyptus, rosemary, chamomile, sage and thyme have a long history as ingredients in perfumes and deodorizers. They are also believed to have positive effects on the mind and body.

In conduction vaporizers, plant material is sitting in direct contact with the heating element. Most use a hot plate, which effectively transfers the heat directly to the plant material, rapidly releasing active compounds into the air. The advantage of this method is the Plant material is heated rapidly, resulting in more immediate vaping after the device is turned on, can be made simpler in design, and are usually more affordable. Some disadvantages of conduction are an increased risk of combustion, temperature control is less precise, and heat is distributed unevenly, as heat is only transferred at the point of contact with the heating element. This means to extract the most out of the plant material the vaporizer often has to be shaken between heating cycles. Some of the more popular conduction vaporizers include: The DaVinci, the Magic Flight Launch Box, the PUFFiT, the WISPR, and the IOLITE. 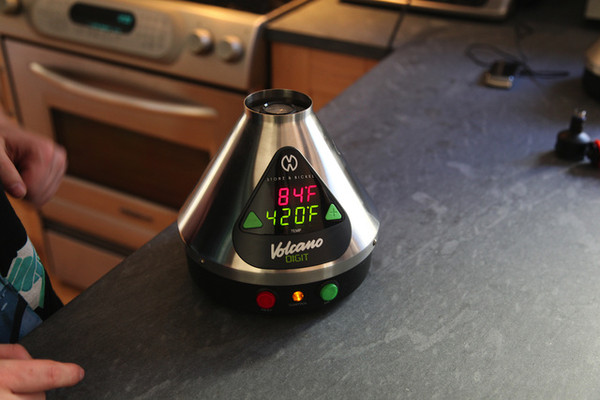 Modern, high end vaporizers utilize the flow of hot air to extract active compounds from plant material. This process, known as convection avoids direct contact with the heating element, does not burn the plant material, and leaves no ash. A metal gauze screen suspends the plant material above the heat source protecting it from direct heat. The heat source warms air to a precise temperature, which is then directed through and around the plant material, causing any volatile components to vaporize. The remaining plant material will only lose its color and aroma making the vaporizer very easy to clean. All you need to do is empty out the chamber, and you're ready to go again.

Advantages of convection include: More accurate temperature control than conduction vaporizers. Precise temperature control and no contact with the heating element significantly reduce the risk of combustion. Heat is transferred around the entire surface area evenly, reducing the need to shake the plant material between heating cycles. Convection vaporizers offer a more user friendly experience, especially for beginners.

Some slight disadvantages include: Convection vaporisers are usually more complicated in design due to higher technology, and therefore are usually more expensive. As plant material is not in direct contact with the heating element, it can take a little longer to heat up than conduction. Some of the more popular convection vaporizers include: The Volcano, the DaVinci Ascent, the Arizer Solo, the Arizer V-Tower, the Plenty, the Herbalaire and the VapirRise.

Using a vaporizer is extremely discreet, especially if you decide to use a vape pen. The smell does not travel far, nor does it stain or linger in the room after the vaporizer is turned off. They are very easy to store quickly, should the need arise. Some vaporizers look similar to an e-cigarette, but they are not. e-cigarettes are a nicotine delivery device for the purpose of aiding a person to quit smoking. Pen vapes are not sold for the purpose of inhalation or as a smoking substutute, they are a flavor delivery device. Some of the world's top chefs are now using vaporizers to infuse foods with flavored vapor, giving them a competetive edge. Be aware that using a vape pen in public in Australia may cause unwanted attention, as e-cigarettes are now banned. Therefore it is best to enjoy flavor vaping at home with friends and family.

One the of main advantages of vape pens is their short warm up time. Instead of waiting 2 minutes or more, most vape pens are ready in 5 seconds or less. Vape pens usually consist of three components: the battery, the heating element and the chamber where your Plant material or flavored oil is placed. It is possible to vape standard plant material, oils and wax. In some vapes, you can only use one of these forms, but others may offer interchangeable cartridges for dry herbs, oils and waxes. Using oils and tinctures in a vape pen can sometimes be very messy, being quite tricky to clean the pen’s chamber. Many newer pens now have disposable cartridges that can be replaced inexpensively if the need arises. Although wax has been around for years, it‘s popularity has recently surged again. Wax is much like oil, but it has a different consistency. Waxes are usually extracted using butane as a solvent. The difference between oil and wax in practice, is that wax is pliable in the hand, making it much easier to handle. 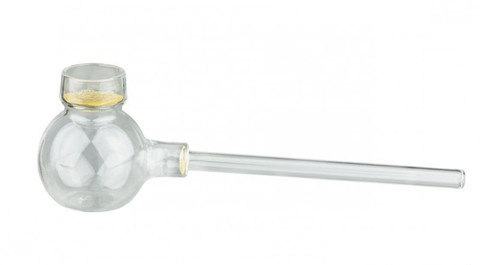 Vaporization of medicinal plant materials has been performed by ancient tribes for centuries. Eagle Bill is credited with modernizing the process in the early 90's by creating a glass pipe know as the Shake & Vape, or "Eagle Bill's peace pipe of the future". The idea was based on the ancient Egyptians vaporizing herbs by utilizing heated stones. It relied on heating herbs in a glass chamber with a cigarette lighter to vaporize active compounds. This opened the door for the development of aromatic flavor vaping, and non combustion medical vapor inhalation in countries which legally allow this.

By 1994 a Canadian company had developed the first electric vaporizer, the BC Vaporizer.

In 1996 Markus Storz started developing vaporizers in Germany. In 2000 he filed a patent for a heating element as a heat exchanger for "hot air extraction inhalers". Also in 2000, the "Vapormed Inhalatoren" company was founded, initiating the sale of the Volcano vaporizer.

In 2008 The Irish company Oglesby & Butler introduced a wireless vaporizer no bigger than a smartphone named the Iolite. This was the first portable vaporizer featuring an integrated thermostat maintaining a temperature of around 190Â°C, and was powered by piezo ignition and a butane reservoir.

The next evolution came in the form of a tiny wooden box vaporizer, The Magic Flight Launch Box. This small compact vaporizer uses conduction and infrared heating to vaporize plant material within seconds. Its effectiveness, quick heat up time, and single AA power source make it one of the most popular vaporizers today.