WA: County Council Should Take Another Look At Sales Of Recreational Marijuana

One of a parent's favorite sayings to a child is, "Just because everyone else is doing it doesn't mean it's a good idea."

But in the case of legalizing the sales of recreational marijuana products, it's time for the Clark County council to rethink its position and not just parrot that same old phrase.

Has legalized pot been a great boon to our society? Arguably, no. But there's also been no evidence that communities where marijuana is sold have become dens of iniquity.

Southwest Washington has been a good test bed for this. After voters legalized cannabis five years ago, the cities of Vancouver and Battle Ground decided to allow its sale. Choosing to take advantage of the law's opt-in clause, other jurisdictions did not. Since then, there hasn't been a discernible difference in crime or addiction between places where pot sales are legal or banned.

But the tax revenue has been attractive. According to a recent white paper, Vancouver received $1.3 million from marijuana taxes in fiscal 2016 and 2017. Battle Ground, which has only one store, received $62,083. And there are non-financial benefits in being able to quantify and regulate recreational cannabis sales.

By banning pot sales, Clark County has forgone an estimated $468,538 in 2016 and 2017, and has spent tens of thousands of dollars defending itself in a legal battle with Sticky's, a marijuana shop that operates on the Highway 99 strip in Hazel Dell in defiance of the county's policy.

That brings us to something else parents might say: "Just because it sounds good doesn't make it a good idea."

Again there is evidence to make the county council reconsider. Dr. Alan Melnick, the Clark County health officer, recently presented councilors with data from the Healthy Youth Survey, administered statewide to adolescents. "Since before and after retail (cannabis) became available in Clark County youth risk has not increased," Melnick said. In fact, in 2016 fewer local teens (15.6 percent) reported using cannabis within the last 30 days than their counterparts in 2012, before legalization (19.5 percent.) They also reported it became more difficult to buy marijuana after it became legal. Unlike illicit street dealers, retailers require customers to show proof of age.

Melnick also reported that driving under the influence of cannabis has not increased since legalization, according to the surveys.

But there is still room for debate. The commander of the Clark-Vancouver Regional Drug Task Force, John Horch, said there has been a rise in marijuana-related complaints. These complaints have included neighbors complaining about neighbors who are growing pot plants in their yards, and even marijuana businesses calling in complaints about illicit dealers.

Horch said police are also concerned about people trying to distill hash oil from cannabis, an illegal operation that can cause explosions and fires. Finally, Horch said DUI-related accidents where the driver has used cannabis seem to be on the rise.

Although not directly related to the legalized retail sale of marijuana and cannabis products, these are valid concerns. Should the county council choose to reverse its policy and legalize the sale of cannabis, perhaps some of the tax revenue should go to law enforcement.

Meanwhile, though, we are left thinking about something else parents might say: "Don't knock it before you try it." It's time for the county council to thoughtfully revisit its cannabis policy. 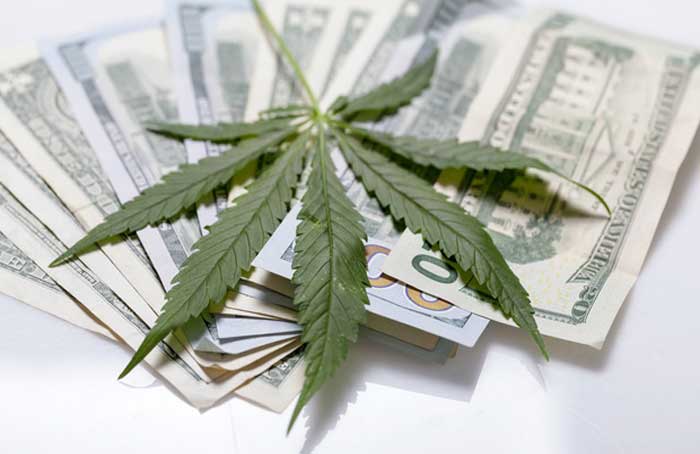