What Goes Around Comes Around - Hemp In Kentucky

Since the early 90s, my family transferred plants from floater beds to the field to generate income. Tobacco farming was a pivotal point of my childhood because I remember it being a family affair and routine at a young age; I also recall when my family quit completely. The dynamic changed in the patriarchy of producers, the buyout happened, the quotas were made, and tobacco would no longer be grown by my family.

As I recall, the time of cold stripping rooms and many bologna sandwich lunches in dusty barns, I ponder the cash crop that still accounts for 262,500,000 pounds of burley tobacco annually according to the USDA, and the journey it has went on over the last few hundred years. I can't help but pose the question: what's next for Kentucky's Agriculture? If I took a guess, it would be hemp.

Hemp is already becoming a hot crop across the state. Kentucky has an economy that is agriculturally dependent and in order to keep the industry stable, it is important that the Bluegrass explore other cash crops like hemp.

According to a transcript on WCLU Radio, "Hemp is not new to our state." Investigating the history of hemp further using the Kentucky Department of Agriculture's website, the first hemp produced in this area occurred in 1775, before we were even a state which came in 1792.

Hemp can be used to fill a variety of everyday needs. Hemp fibers can become fabric, it can be used as construction material, paper, you name it and hemp in some form can become it. So why isn't everyone jumping on the wagon to grow this super crop? Well, regardless of all the positive attributes of hemp, the big taboo is the similarities in plant appearance to marijuana.

There's no wonder they look alike, industrialized hemp and marijuana come from the same plant family, but the chemical THC that gets you high is virtually not present in hemp. Regardless of that knowledge, industrialized hemp is still under federal law restrictions as a controlled substance.

By having these local restrictions on the industrialized hemp production, the United States has been importing the most hemp based products a year totaling $600 million annually (Source: WCLU Radio); thankfully, in 2014, the Farm Bill contained language that allows Kentucky and other states the ability to grow, harvest, process, and transport hemp through pilot research programs.

It's a new age for agriculture here in the Bluegrass or whether, we have returned to our original agricultural roots with the number of producers in Kentucky increasing to around 160 growers and processers (Source: Kentucky Department of Agriculture) who's focus is research that can help build a hemp revival in our state.

So the Commonwealth of Kentucky reigns once again as a leading hemp producer, and there is no way but up from here as the support continues to grow. The only question I have left is will this crop start to compete heavily with the southern states that produce cotton?

Maggie Smith, native to Eastern Kentucky, has always been passionate about agriculture and Appalachia. She is a graduate of Berea College where she studied Agriculture and Natural Resources. She has an inborn love for the Commonwealth and due to her family's rich history in farming, she always knew she wanted to pursue a career that preserves and educates Kentuckians about local farms and food. 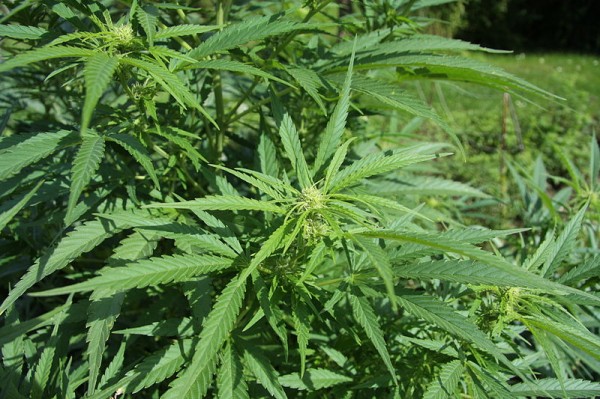