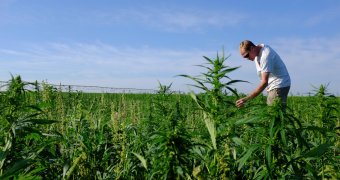 Little Rock, Ark. — A push is on at the state legislature to legalize an industrial cousin to the marijuana plant that proponents say could be a huge benefit to the state’s economy.

Hemp can be used to make everything from biofuels to clothing. It’s been illegal in Arkansas since the 1930’s when marijuana was first outlawed even though hemp only contains trace amounts of the psychoactive compound THC.

Friday, a state house committee took the first step to change that.

“It’s actually one of the fastest growing crops from seed to harvest,” explains Nicholas Dial, a biology graduate student at the University of Central Arkansas whose spent the last four years studying plants.

Across Arkansas’s eastern border, more than a thousand acres of hemp are being grown in Tennessee. It’s one of nearly 30 states to allow the crop after the 2014 federal farm bill made it legal under certain circumstances.

“One special thing that’s really amazing about industrial help is just the sheer amount of versatility that the crop has,” Dial said.

The hemp stalk can be used to make clothing products, animal bedding, concrete and insulation. Cosmetics and medicines are made from its seeds.

But because it is related to its more controversial cousin — marijuana — hemp has always carried a stigma.

State Rep. David Hillman, R-Almyra, is a south Arkansas farmer who says he was initially skeptical about supporting hemp legalization in Arkansas.

“The more that I learned about it, the uses of it and the things that it can do to help me on my farm, I really got excited about it,” he said.

Hillman says hemp profits per acre can be six times that of rice.

On Friday, hemp proponents were at the state capitol to promote a bill allowing Arkansas farmers to grow it. They also educated lawmakers about what it’s not.

“You can smoke a whole acre of hemp and you’re not gonna be getting high off of it,” Dial said.

Friday, the house committee on agriculture, forestry and economic development unanimously passed the bill legalizing hemp production in the state.

The bill will now be considered by the full house. 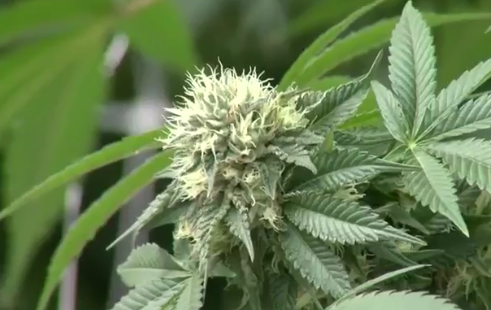