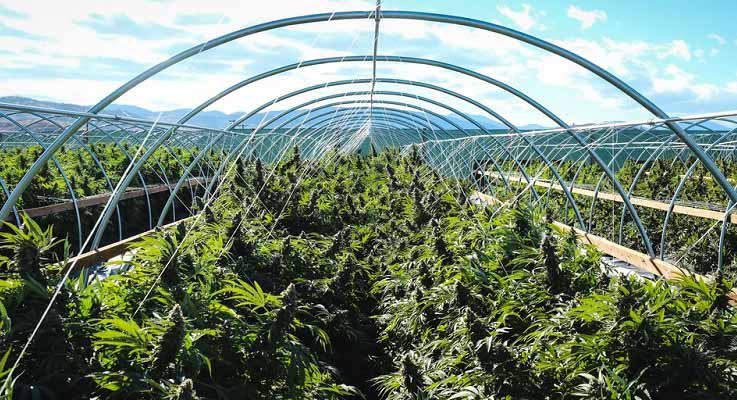 Marijuana is going mainstream fast, and so is the marijuana industry. In a time of sluggish growth, the pot business is bursting with energy.

It’s a weird mix of righteous exhilaration at the victory of the weed over the dark forces of repression (at least in some places) and people walking around with dollar signs in their eyes. But like it or not, pot is hot.

Here are some signs of the times:

1. Weed Outsold Booze in Aspen for a Couple of Months Last Year.There’s nothing better than a nice cognac while relaxing before the blazing fire at the ski lodge after a hard day of running the trails (or so I hear). Or is there? Well, as the Aspen Times reported, marijuana sales exceeded alcohol sales in the months of March and April 2015.

March, which just happens to include spring break, also saw the year’s highest marijuana sales total, at $998,000. Pot sales plummeted nearly by half the next month, as the snow melted and the resort went into its in-between season doldrums, but they still exceeded booze sales in April, too.

In all, the city’s seven pot shops sold $8.3 million worth of medical and just-plain marijuana in 2015, with the city collecting a nifty $200,000 in taxes and fees.

2. The Industry is Attracting a New Kind of Celebrity.Popular figures such as Snoop Dogg, Tommy Chong, and Willie Nelson have been eagerly embraced by the marijuana industry as weed-friendly celebrities, but now the industry is seeking out celebrities of a different sort—people who have made a name for themselves not in part as famous stoners but for being accomplished in their fields.

The Marijuana Business Daily profiled one, Mindy Segal, owner of Mindy’s Hot Chocolate in Chicago. She’s a big name in the pastry world. She’s the author of the award-winning cookbook “Cookie Love” and won the James Beard Foundation award for Outstanding Pastry Chef in 2012.

And now, she’s hooking up with Cresco Labs, which has three Illinois medical marijuana cultivation licenses, to create a line of marijuana-infused sweets, including chocolate brittle bars, granola bites, hot chocolate, and ready-made cake and cookie mixes. Cresco will provide the extracted THC and other ingredients, while Segal will put her baking skills to work creating the final product, which will carry her brand.

“I feel like this is an industry that is going to grow at rapid rates. I feel like I’m getting in at a time where the future is now,” Segal said. “I think I’m the first sort of well-known chef who has somewhat of a credible reputation to come forward and say, you know what, I’m entering this market.”

According to the Daily, the collaborative effort between Segal and Cresco is also “part of a larger trend in which cannabis companies are hooking up with celebrities and mainstream professionals who bring a new air of legitimacy to the business.”

3. Domestic Pot Production is Hurting Mexican Cartels. Marijuana seizures along the Mexican border are down dramatically, according to new data from the US Border Patrol. Agents snagged nearly 4 million pounds of Mexican weed in 2009, but that figure dropped to only 1.5 million pounds in 2014, providing more evidence that competition from north of the border is putting the hurt on the Mexican pot industry.

We’ve already seen many stories about the tough times in the pot fields of the Sierra Madre, with hardscrabble farmers bemoaning declining farm gate prices.

While one can sympathize with the plight of the small producer, his products were flowing into the profit streams of those crazy violent Mexican drug cartels, and anything that reduces their operating capital is probably a good thing. That’s not to say that legalizing weed in the US will destroy the cartels—they do have other profitable product lines, such as cocaine, heroin, and meth, and they have been diversifying into things like kidnapping and extortion—but give the US pot industry credit for whittling away at cartel bottom lines.

4. The Legal Weed Industry Could Have a $44 Billion Economic Impact by 2020. That’s according to the 2016 Marijuana Business Factbook, published by the industry watchdog Marijuana Business Daily.The figure is based on estimated retail sales of $11 billion by 2020, up from somewhere around $4 billion this year, but also attempts to capture the industry’s overall contribution to the economy. The Factbook estimates an additional three dollars in economic impact for every dollar spent on retail pot, from revenues generated for governments, marijuana-related businesses, job creation, and increased tourism.

“We’re witnessing the emergence of a business that is about to become a massive economic force,” said Chris Walsh, managing editor of Marijuana Business Daily. “These figures, which we deem conservative, show not only how important the industry already is to the U.S economy at large, but also how much more important it is about to become.”

Of course, that depends on a few things, such as how many states legalize it between now and then and who gets elected president this fall. Despite all the buzz around the business, it’s still federally illegal—and only a Justice Department memo away from being blown up.

Considering A Trip To Nevada To Buy Recreational Marijuana? What You...