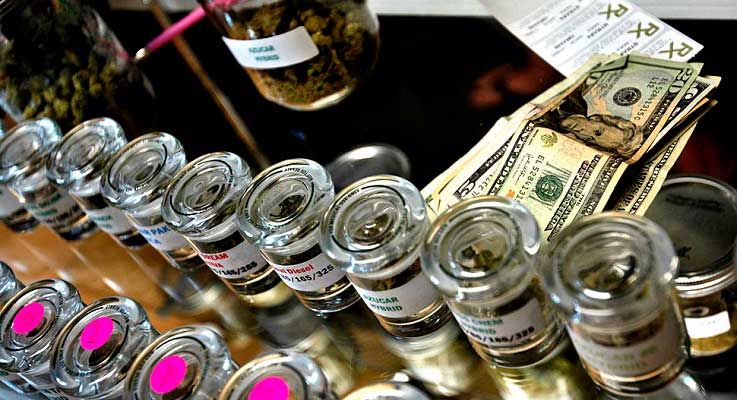 Amid economic woes stemming from the downfall of Chinese stock market and rapid drop in oil prices, legal marijuana sales across the United States are doing surprisingly well. As a matter fact, it is expected to hit a new high this 2016.

New data released on Monday by the Arcview Group, which monitors the marijuana market, shows that in 2015 alone legal pot sales in the U.S. hit $5.4 billion, a precipitous 17.4 percent rise from its $4.6 billion earnings in 2014.

CNBC reported Monday that medical marijuana use and adult consumer use comprise the product’s annual sales, but the boom in the cannabis market is due largely to consumer sales as some states have permitted adult recreational marijuana use.

From $351 million in 2014 sales for adult marijuana use saw a steep rise to $998 million by 2015, amounting to an impressive 184 percent increase and a stamp as one of the fastest growing markets in the United States.

“You won’t find another industry growing at that kind of clip,” said Troy Dayton, CEO of ArcView Group, as noted by RT. “Legalization of cannabis is one of greatest business opportunities of our time and it’s still early enough to see huge growth.”

There are currently 23 states that embrace the use of medical marijuana with regulated possession limits. Among these states Colorado and Washington, where cannabis commerce and casual use has been legal since 2014, have devised new business strategies to stabilize the market and punch up sales. As a result, Colorado’s earnings in cannabis taxes and licensing fees grew to $135 in 2015 from a measly $76 million in 2014.

Fortune wrote that a staggering $21.8 billion in total annual sales for the legal cannabis market is being predicted for 2020. At that margin, the U.S. cannabis market could overtake the National Football League in terms of value, as the latter is setting its trajectory for a $25 billion figure by 2027.

“I think that we are going to see in 2016 this next wave of investors, the next wave of business operators, and people who’ve sort of been watching or dipping their toe in, really starting to swing for the fences and take it really seriously,” Dayton suggested.

Over the years, the tide of public opinion is showing a more favorable response to legalizing marijuana in the U.S. Marijuana being used for its medicinal properties has proven positive effects for patrons. It has been considered as a possible treatment for serious illnesses such as cancer, multiple sclerosis and Parkinson’s disease.