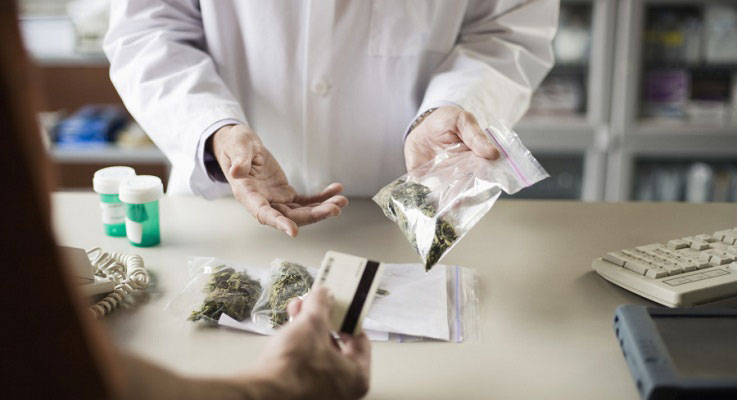 In states that have already legalized medical marijuana, patients come in all shapes and sizes, and they seek relief for a host of physical and psychological disorders. To gain insight into patients in California, a new report from HelloMD — a digital healthcare platform — compiled a comprehensive profile of their cannabis use, preferences and perspectives.

After surveying more than 1,400 patients in the state, analysts found that 66 percent of respondents use marijuana as their primary treatment method. Surprisingly, the top health issue people reported using marijuana for was anxiety, followed by pain, stress, back pain, insomnia and depression. As the graph below shows, patients in California use marijuana for a wide range of health disorders, including many chronic conditions. 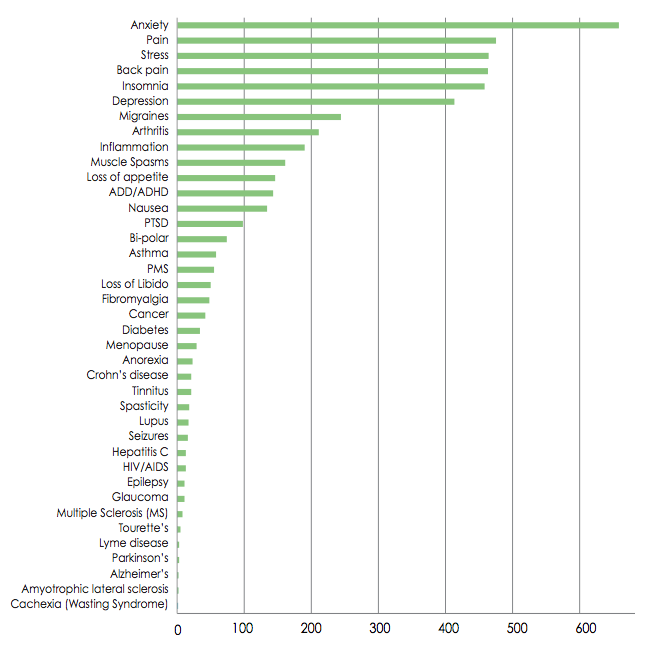 “There is overwhelming evidence that marijuana helps to alleviate a range of conditions that affect millions of Americans,” HelloMD CEO and co-founder Mark Hadfield told ATTN:. “If you take into account the relatively benign nature of marijuana — with zero deaths from overdose — and contrast that with this overwhelming benefit, it is really quite an eye-opener.”

While an overwhelming 84 percent of respondents feel that marijuana effectively treats their targeted disorder, many also report using the substance for relaxation (76 percent), sleep (65 percent), mood elevation (47 percent), and even alcohol replacement (18 percent).

That last point is worth considering for a moment. Nearly two in 10 medical marijuana patients in California apparently use cannabis as an alternative to alcohol, a substance that is significantly more dangerous and addictive than cannabis. This finding is consistent with previous research that has found that marijuana could reduce alcoholism in some patients.

MEN AND WOMEN USE IT DIFFERENTLY.

While both men and women tend to use marijuana for the same medical reasons, men prefer smoking or vaporizing cannabis in its traditional form whereas women increasingly favor tinctures and topical creams. Women also prefer cannabis delivery services to visiting dispensaries, and they’re more likely to recommend medical marijuana to friends and family. ATTN: also recently reported on how marijuana affects men and women differently on physical and psychological levels.

This survey serves as a window into the rapidly growing medical marijuana movement in the U.S. While 23 states and the District of Columbia currently have legal marijuana systems in place, either for medical or recreational purposes, the number is expected to grow over the coming years as additional states vote on their own legalization measures.

“Since cannabis is shown to be benign, beneficial and so broadly applicable, what reason is there for it to remain illegal?” Hadfield told ATTN:. “We would hope that our study would help to inform regulators and legislators as they focus on this issue.”