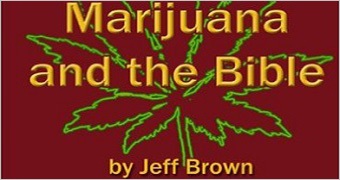 Nearly everyone who smokes marijuana amongst friends, myself included, has noticed that the discussions frequently turn to “God.” There’s something about being high that causes a person to ponder such things. I think it’s a near universal experience for all cannabis users.

I’ve also met more than a few people who aren’t at all interested in going to church on Sunday but express great interest in attending a “hot box” church, where the members get stoned and worship God. The Rastafarian religion instantly comes to mind.

Every now and then I run across a fellow Christian who admits to attending church high. In my experience, many of these folks are actually quite devout in their devotion, despite their love of marijuana. I put myself in this category and for a long time I dreamed about substituting cannabis for incense and wished there was such a church that I could attend.

Against this mental backdrop, it was with great interest that I picked up a copy of this book and began to read. The first half of the book is a concise, fairly well documented history of the liturgical use of marijuana in the ancient world; it’s various names and its surprisingly widespread religious usage.

The author then further drills down on cannabis in the Old Testament and presents a very convincing case that the Old Testament Jewish Priests were annointed with a very potent, cannabis infused oil before serving in the temple! He also makes a very strong assertion that cannabis (Kaneh Bosum) was a prime ingredient in the Temple Incense.

The etymological roots of the words in the Bible alone were enough to convince me that the Jeff Brown’s theory is accurate. When coupled with the nearly universal tendency to ponder, discuss and theorize about “God,” the universe, the nature of life and death and other familiar “stoner” topics I will admit that the author has convinced me that the liturgical use of cannabis in Old Testament Jewish worship is both factual and historical.

While he does a fantastic job showing that the Bible actually commands the use of cannabis in the holy anointing oil and the temple incense of the Old Testament Jewish Temple, he then goes on from here and begins to make the claim that marijuana is the true Sacrament; the Body and Blood of Christ, not the bread and wine that the New Testament clearly communicates.

I discussed Jeff Brown’s theological theories with both Roman Catholic and Eastern Orthodox priests and both of them quickly rejected the idea of cannabis being the Body of Christ, calling such a notion “heresy.” In other words, the Ethiopian Zion Coptic Church is not considered a Christian church by either the Ethiopian Orthodox or the Coptic churches.

I was crushed! I still haven’t found a true “hot box” Christian church to visit but I shall keep looking! In the meantime, I simply cannot accept Jeff Brown’s theories regarding cannabis being the Holy Spirit and Christ Himself.

On the other hand, Jeff Brown has done the world a great service by showing quite convincingly that marijuana was used by nearly all ancient religions, including and especially the Jewish religion. Yes folks, there’s a reason we all tend to discuss God when we get high. The plant is meant to do that, and the ancients realized this and used cannabis accordingly.

If the reader has any sort of guilt about their use of cannabis alongside their participation in the Christian or Jewish faith, the first part of Marijuana and The Bible is enough to convince anyone with an open mind that not only is it OK to use cannabis and worship the God of the Bible, it is actually commanded! 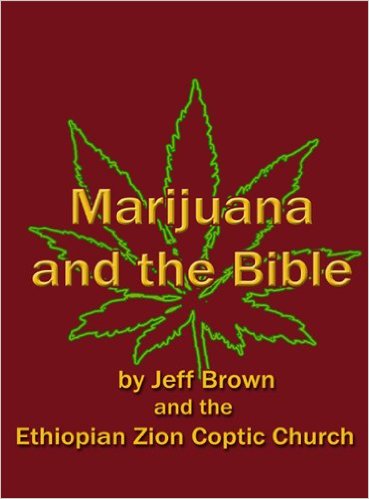 Everything You Need To Know About Cannabis Terpenes