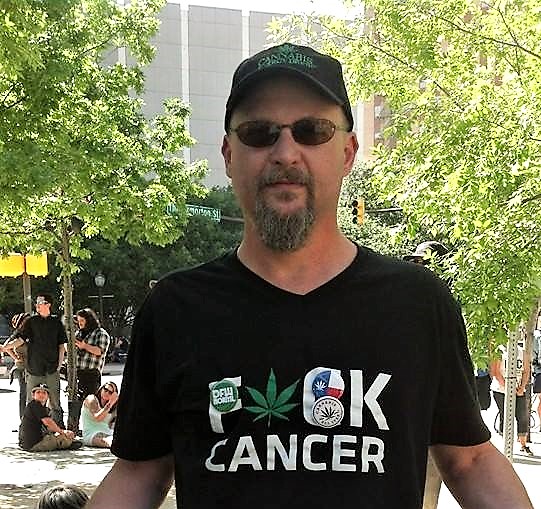 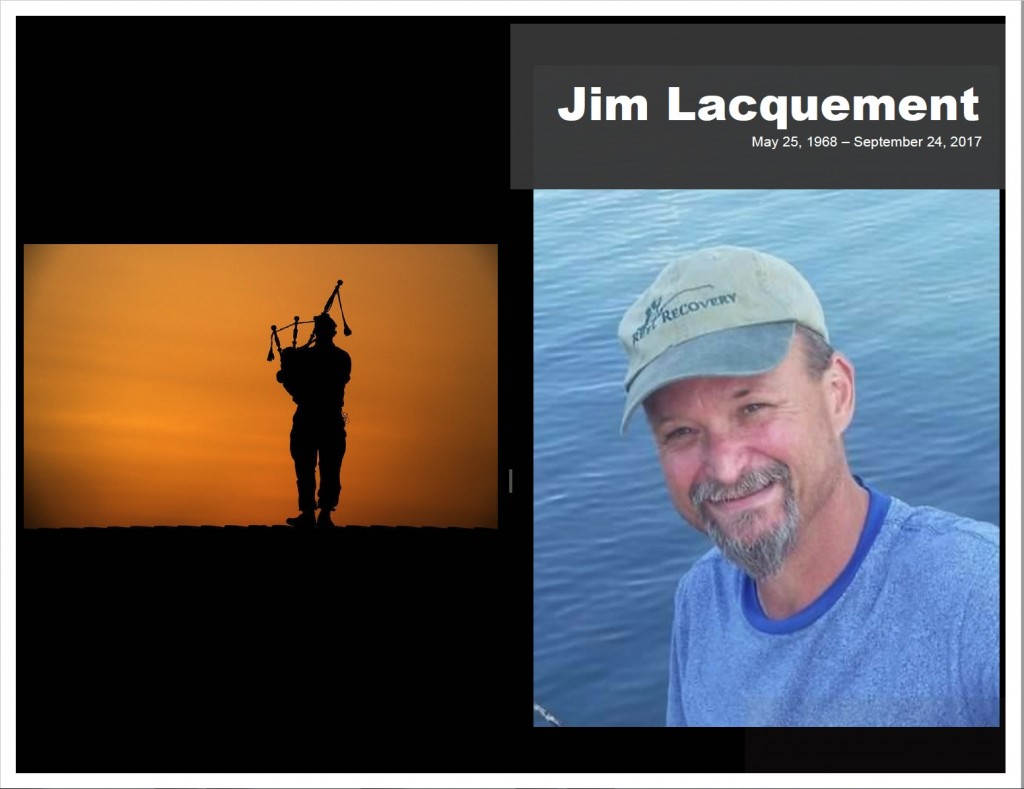 James “Jim” Lacquement aka CajunCelt, died in his home on September 24, 2017 in Argyle TX following a long battle with cancer. He was 49. Jim was an Army Veteran and graduated from the University of Texas at Arlington with a degree in architecture. He excelled in anything he tried from bull-riding as a teenager to becoming an accomplished architect, artist, guitarist, singer and bagpiper. He was proud to be a member of the Boyd Scottish clan on his mother’s side and of Cajun heritage from his father. He recently said his most proud achievement was being a Pawpaw to his grandchildren. He married the love of his life, Sylvia, in 1993 and raised their two children in Carrolton, TX. He was preceded in death by his sister Kristen Williams and his mother Patricia Boyd Lacquement. He is survived by his wife Sylvia, his children Chris and Amanda, his father Mel and his many grandchildren. 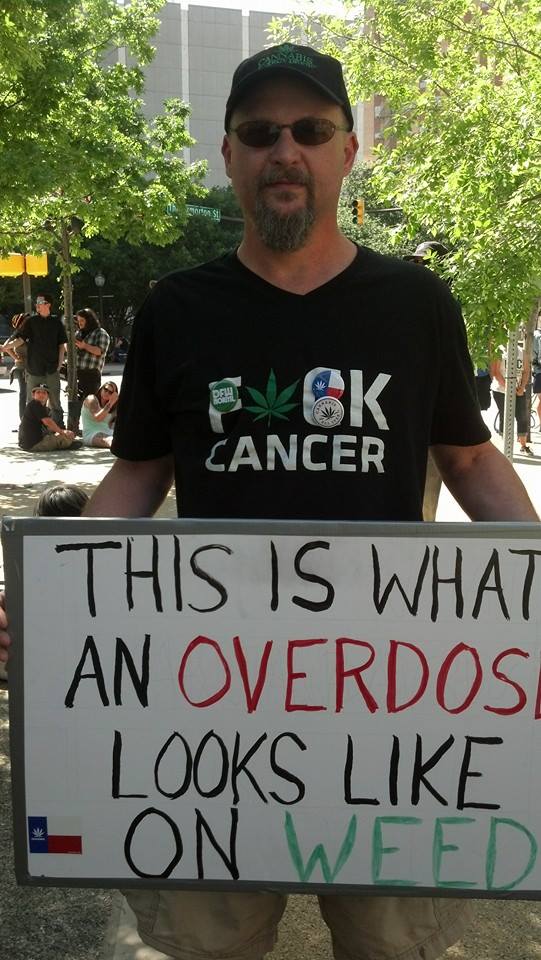 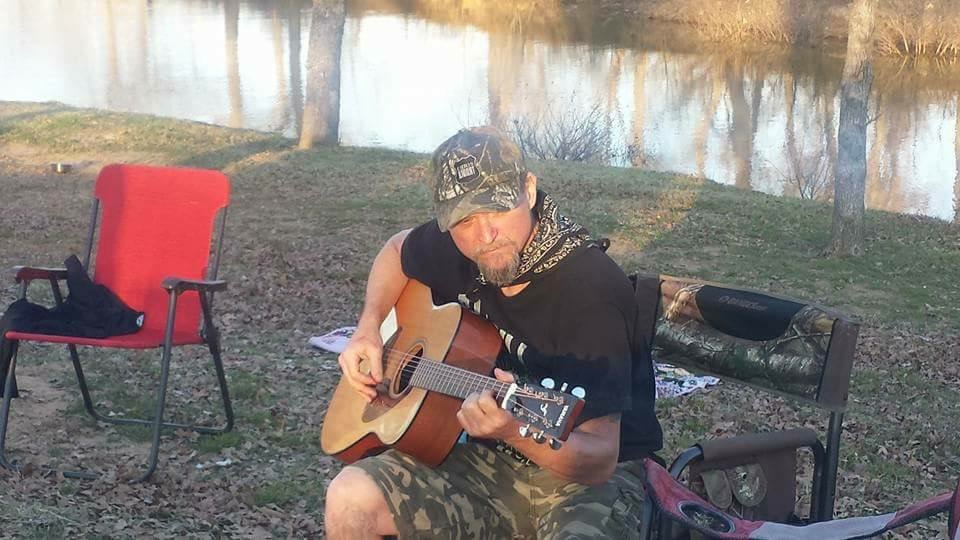 Here is the Eulogy, given by his son, Chris:

“I would like to thank everyone for coming to pay respects to my father, Jim. I am very grateful for this chance to speak here today and tell you what he meant to me. First, let me start by saying he was a great man. A very proud man. He was a bull-riding army veteran and martial arts expert. A Harley-loving musician and architect. He was a Cajun man who loved the swamps and a Hill Country man who loved to visit his childhood home in Austin. He was an Irishman who played the bagpipes. He was a husband, son, uncle, cousin, nephew, proud Paw Paw and father. But he was so much more than that to me. He was my stepfather. 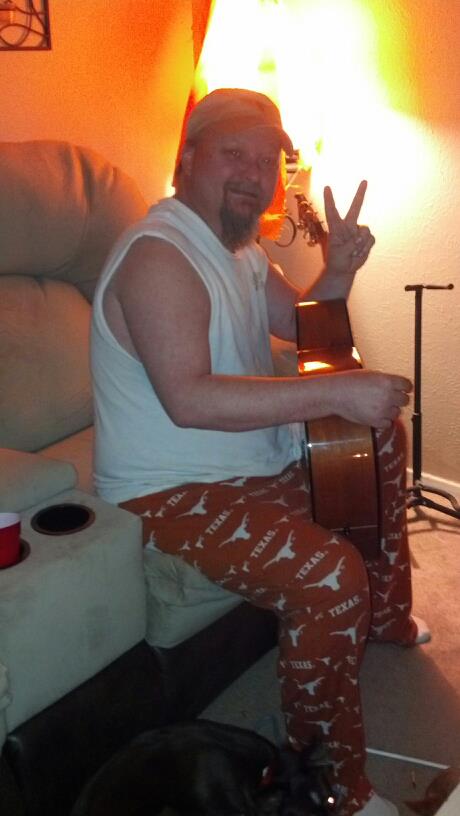 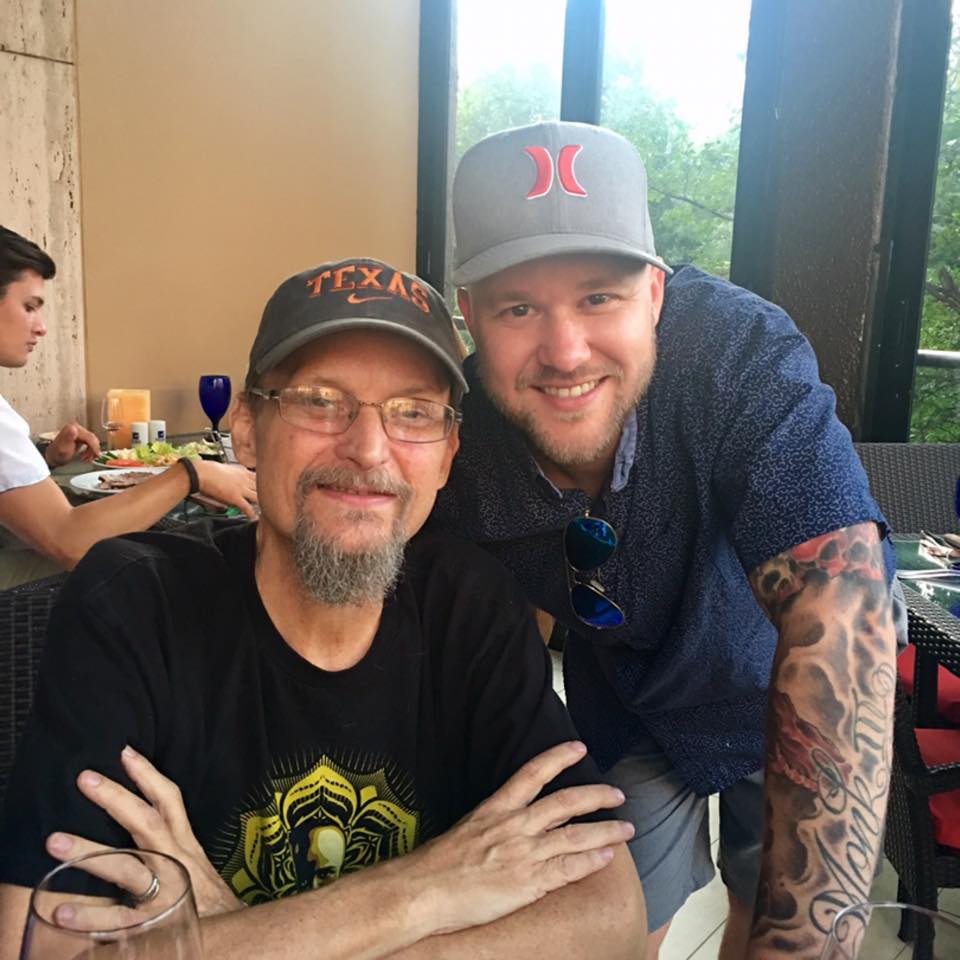 “In my opinion it takes an extraordinary man to be a father to someone else’s children. To me that is the difference between an obligation and a choice. This man, who we honor today, loved my mother with his heart and soul and that love, by choice, was given to my sister and me. It’s difficult accepting that he’s no longer here in the physical sense. Since we lost him I have seen many signs of his presence in my life. I’m sure many of you have felt the same and I believe he wants us all to know he is in a better place. A place of peace, a place where pain does not exist. That’s what gives me comfort. 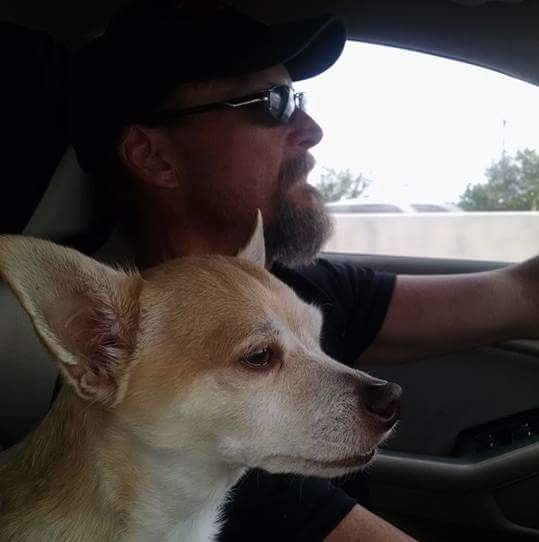 “I remember the day I first met Jim. I was probably 8 years old and my sister was just 6. He and my mother picked us up in Indiana and the four of us road-tripped back to Texas. I would be lying if I said I wasn’t intimidated by this cowboy sitting in the driver’s seat. But Jim always had a way of making us feel comfortable. I remember his sense of humor. Everyone here knows how funny he was. To get a good laugh or bring light to a difficult situation was definitely one of his favorite things to do and something now that I admire most about him. When we finally arrived in Dallas, a brand new family of four, he pulled into the driveway of this old, decrepit house with the roof caving in. I am pretty sure there were the ruins of a decaying boat in the overgrown, weed infested yard. I believe Jim’s words were “We’re home!” My sister and I looked at each other in shock. Come to find out, we actually lived a block over in a cute, very livable house in which we began our journey as a family. Happy and relieved, we got our first taste of what the next quarter century would be like. Fun. That’s what Jim wanted to do. Have fun in life. Soon after the decrepit house joke, the four of us sat down to our first family dinner. I don’t know which one of us was guilty, but we heard those classic words from a mother that a child has heard many times over, “Don’t play with your food.” Too which, Pops, as I would eventually refer to him, grabs a piece of food with his left hand, grabs a piece with his right and proceeds to play “army men” along the edges of his plate. The most literal sense in which you can play with your food. He did that for us. That’s the kind of man he was. That is how I will always remember him – a man who went out of his way to make me feel comfortable. I dug about 25 years back for those stories. It was important for me to share our beginning, as his effort is a testament to who he was and a foundation for our next 25 years. 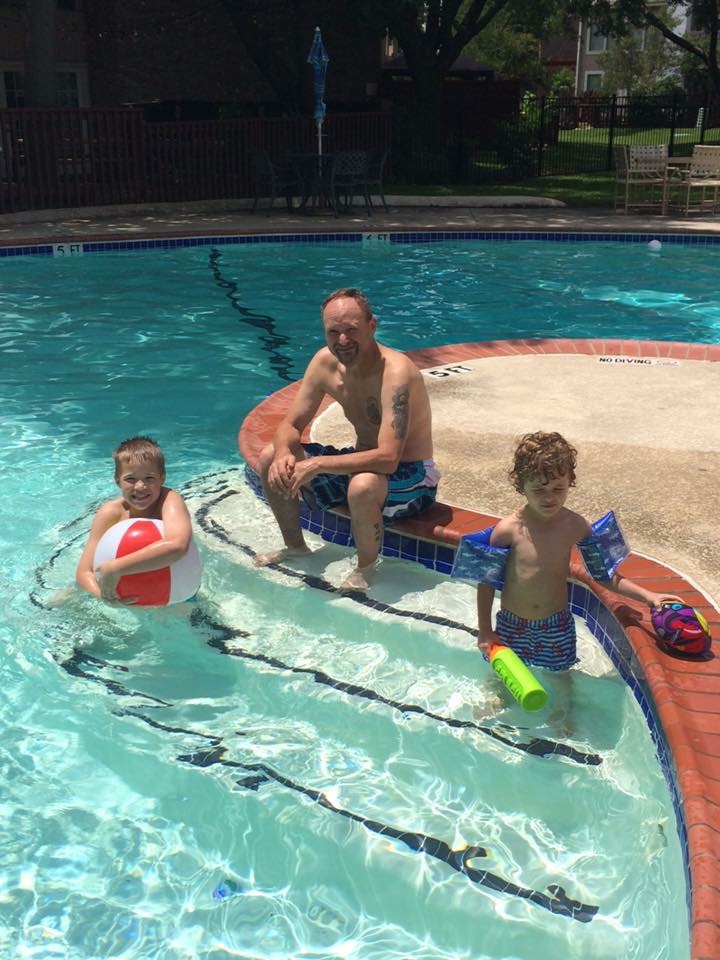 “That’s not to say he didn’t have a serious side. When he set his mind to something, nothing was going to stop him. His determination, drive and intelligence were unstoppable forces. I can’t even explain how smart this man was. I never saw him attempt anything in his life that he did not master. Jim’s life was full of choices and he lived his life on his terms. He chose to be a husband, he chose to be a father, he chose to serve our country and the list goes on and on. And with all of the things he chose to do, he never failed. My theory is that he was a stubborn man. He wouldn’t allow himself to give up until he reached a level of success he was satisfied with. Jim’s choices made him the man he was and Mandy and I were lucky enough to be one of those choices. The most valuable gift he has given me is the realization that in every situation, you have a choice. So, ignore the noise and follow your own choice. 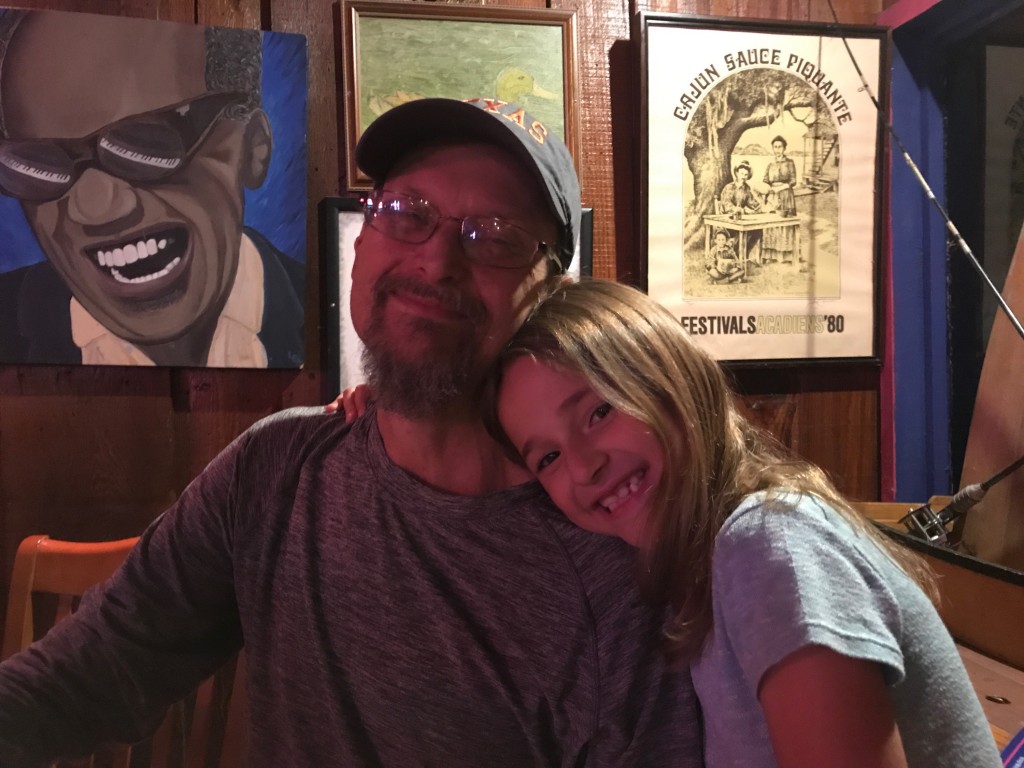 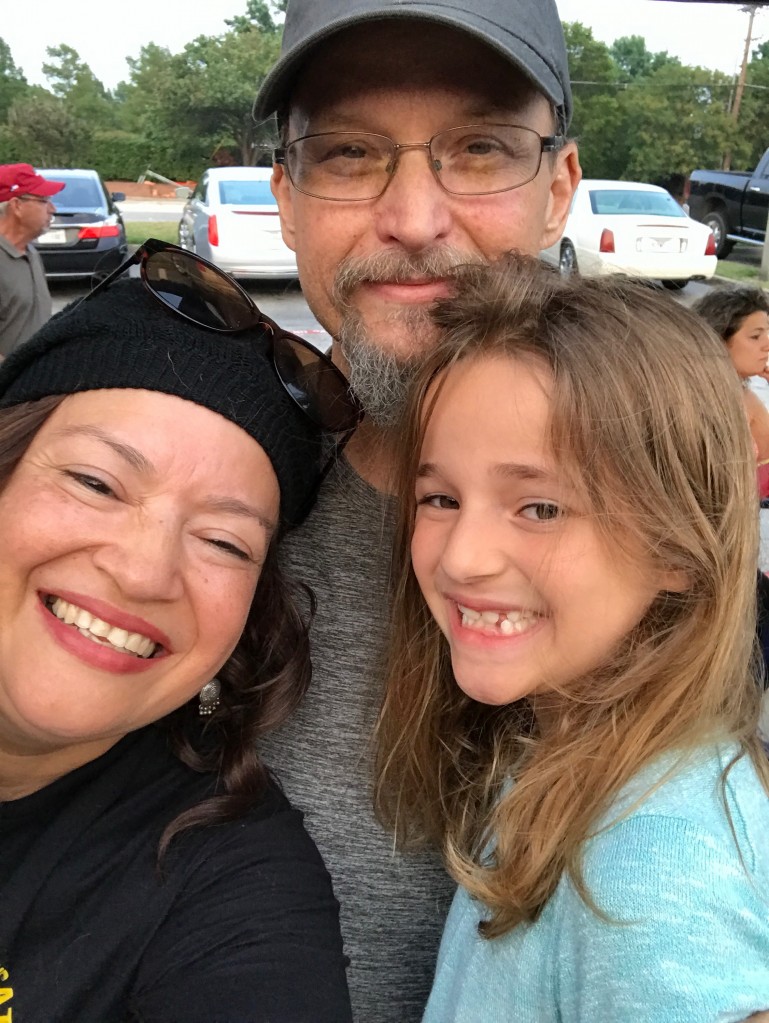 “I wrote a poem for Jim. To be honest, I struggled very much to write this and I tried to pull inspiration from any place I could. Being as he was so proud of his family and heritage, I found myself browsing Irish proverbs and poems. There were many but none that can help me express the way I feel.

If tears could bring you back,

You would be here today.

If you did not deserve relief from pain,

I would have begged for you to stay.

But God’s will was to call upon you,

He only wants the best.

So through the sadness, I seek joy.

And I thank you Pop with all my heart,

Jim kept most of his 420 life from his kids. His wife knew of his love and work on this forum. Here is part of what his wife Sylvia sent: 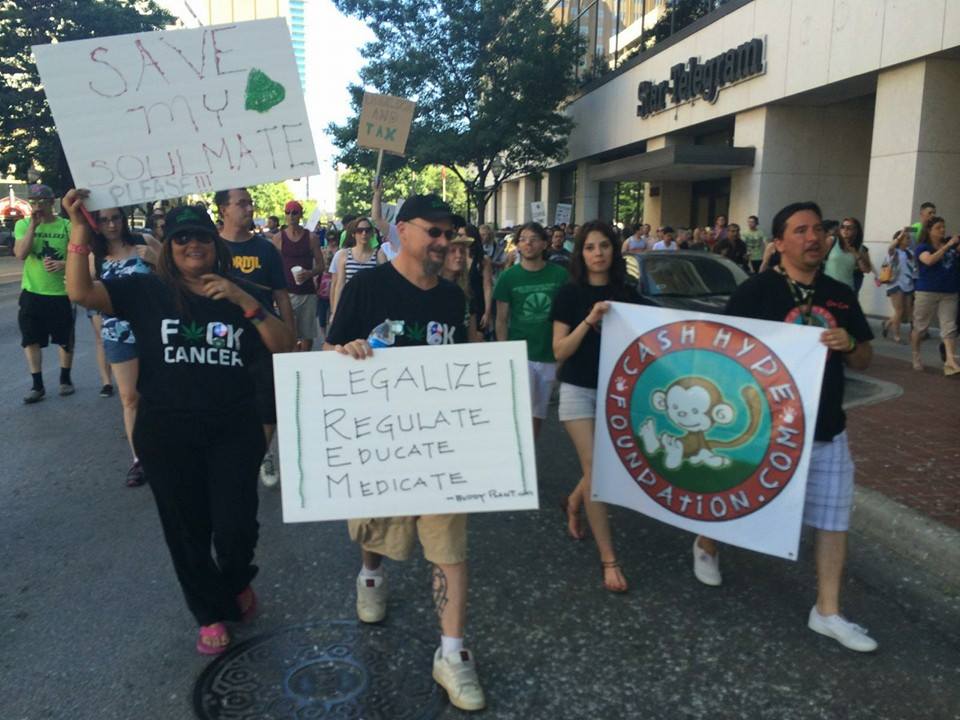 “I see the love and appreciate all of y’all who knew Jim and have included me. It means the world knowing what he did for others! I know a lot of y’all got knowledge and help healing and growing or just friendships! I appreciate it! Miss his excitement of always feeding his brain, sharing and teaching! Architect in charge of Texas airports and Municipal buildings, fourth degree Hapkido instructor, (taught Police and SWAT), to 1% Sgt of Arms, bagpipes, glass blowing, guitar, banjo, bull riding, army, college.

“His plants were amazing and his pride and joy. What he did to make those buds plentiful on one plant was amazing!

“Teacher and Healer to many around the world! I can’t remember it all! He was one of a kind! He never stopped learning! I was blessed to be one of those things he set his mind too! Sharing his life was such an adventure for our untamed Spirits!

“Missed by many, My Love! Appreciate everyone thank you” 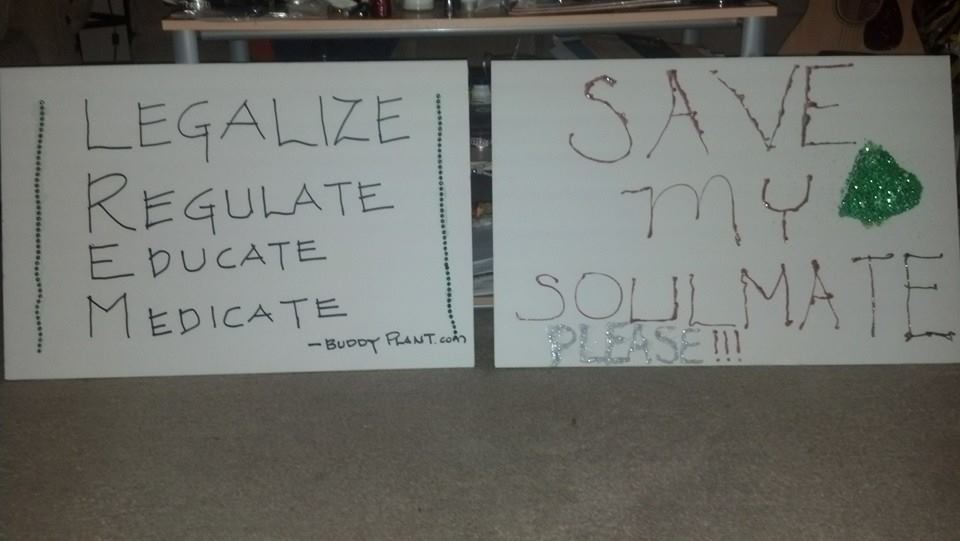 Jim’s contributions to the cannabis world and especially to those suffering from cancer are immeasurable. He was constantly continuing his education. I remember him saying how excited he was to see Dr Raphael Mechoulam when he was speaking in CO. Virtually everything that he posted, I had to read 2 or 3 times to absorb. For example, here is his response to the repeated question he would get of How Concentrated Cannabis Oil Kills Cancer. He and another cannabis warrior, Moto, worked together to help develop many of the treatment options that we are currently using. His thread A Base Treatment Regimen for Cancer is a basic primer that most people are sent to to get started. His knowledge will continue to be passed on through these pages.

Jim was also an incredible cultivator. Cajuncelt’s Spring 2015 Grow – Blue Dream – Bubba Kush – Critical Cure – Etc, CajunCelt’s Sativa – Medical – 12 Strains – Last of 2014 are just two of his grow journals. He went on to work for a large professional producer in CO. He would toss out the tips he learned from the pros. 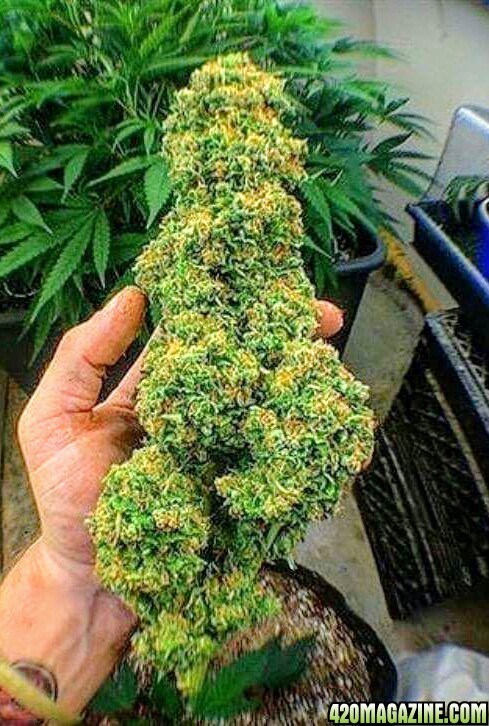 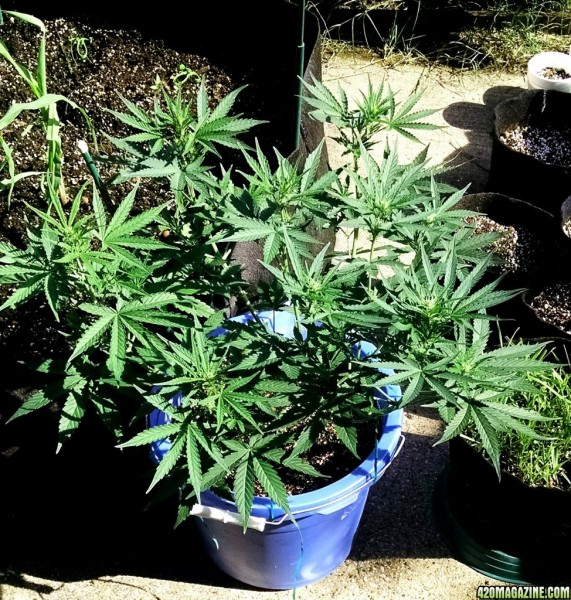 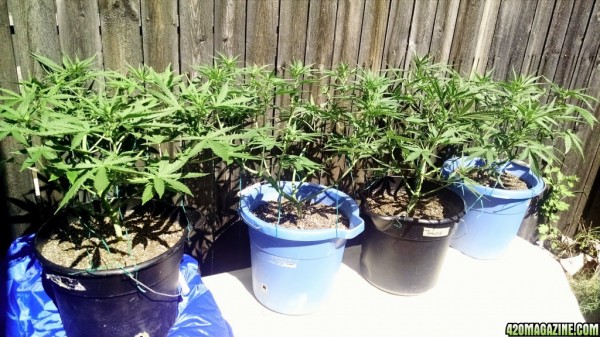 “For me, Cajun was the smartest person I personally knew when it comes to treating with cannabis. I am not sure how many times I have said those words over the last several years. Cajun was one of the first people I gravitated to when I started my quest to help my MS with cannabis. He learned what he did through blood sweat and tears – mostly his own. His battle with cancer in his own words can be found here.

On a personal note, Cajun and I communicated a lot through these pages. Even though we had talked about getting together if he made it up the the New York City area we never did meet face to face. We never had the chance. I will miss his dry wit in these pages.”

“We have lost a brother, a great friend and a wonderful man, for which we are truly saddened. We thank you for your service, your compassionate energy, your stories and your dear friendship, Brother Jim. You now join the ranks of Fallen Cannabis Warriors; Jack Herer, Franco Loja, Josh Williams, Peter McWilliams, Michelle Rainey, Sister Somayah, Eagle Bill, Ronnie Smith, Ranger Danger, Tod Mikuriya, Jim Finnel, Tim O’Donnell, Mark Heinrich, Howard Marks, Jimmy Parker and many more. We will continue our collective mission, until the last man and woman is set free from possessing our beloved plant. Your contributions to our mission will remain in our archives, continuing to help others in need of Cannabis, for many years to come. Sending you and your family all our love and positive energy through the Universe, wherever you are.” 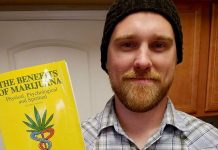