Voters approved Measure 2, which legalizes the possession, use and sale of the drug for recreational use. Adults age 21 and older may possess up to 1 ounce of marijuana and grow up to six plants (with no more than three being mature) for personal use. The measure also legalizes the manufacture, sale and possession of marijuana paraphernalia, such as devices used for smoking or storing the plant.

In a statement early Wednesday morning, Marijuana Policy Project Executive Director Rob Kampia said, "The folks trying to keep marijuana illegal are relying on the same scare tactics today that they have relied on for decades, but voters just aren't falling for it anymore. The results are particularly encouraging since voter turnout during a midterm election is typically smaller, older, and more conservative. Clearly, support for ending marijuana prohibition spans the political and ideological spectrums."

Though Alaska was not the only place to weigh the issue on Tuesday, the fate of the measure in that state seemed the most uncertain. Two polls released on the same day last month appeared to reach near-opposite conclusions about the sentiments of Alaska voters, with one poll finding 53 percent opposing legalization and the other finding 57 percent supporting it.

Earlier this year, Alaska Gov. Sean Parnell (R), an opponent of the measure, said he wasn't "excited about the prospect" of legal marijuana, but also he said he would respect the will of the voters and implement the initiative if it were to pass. Tuesday's vote marked the third attempt to legalize recreational marijuana in Alaska, following unsuccessful measures in 2000 and 2004. The state's voters legalized medical marijuana in 1998.

Prior to Tuesday's vote, 23 states and the District of Columbia had legalized marijuana for medical purposes, while Colorado and Washington were the only states to allow recreational marijuana use. Recent government forecasts have suggested that Colorado and Washington could generate more than $800 million in combined revenue before 2020 thanks to marijuana sales. Despite a number of states loosening marijuana laws, the plant remains banned by the federal government, which classifies it as a Schedule I substance along with heroin and LSD. 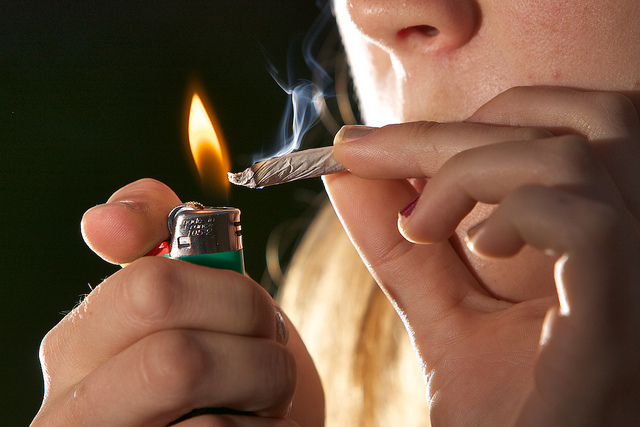