The Laredo Sector Border Patrol seized over 2,000 lbs of marijuana.

Agents at the Border Patrol Checkpoint on Interstate Highway 35 encountered a U-Haul truck at the primary lane.

The driver was questioned regarding his immigration status and consented to further inspection.

An inspection of the cargo area revealed anomalies.

The Border Patrol canine was brought in and alerted to agents.

A further search of the vehicle resulted in the seizure of 44 bundles of marijuana concealed inside cardboard boxes. The marijuana was estimated to have a value of $1,300,000.

Agents seized 1,731.71 pounds of marijuana and the driver, a United States citizen, was arrested. The driver, vehicle and marijuana were turned over to the Drug Enforcement Administration.

In Zapata, Texas, agents saw a suspicious white Ford F-150 on Highway 83 and attempted a to stop the vehicle. When agents approached the vehicle it drove away and was later found abandoned with 49 bundles of marijuana in the cab and bed of the truck.

No arrests were made and the marijuana and the vehicle were turned over to the Drug Enforcement Administration. 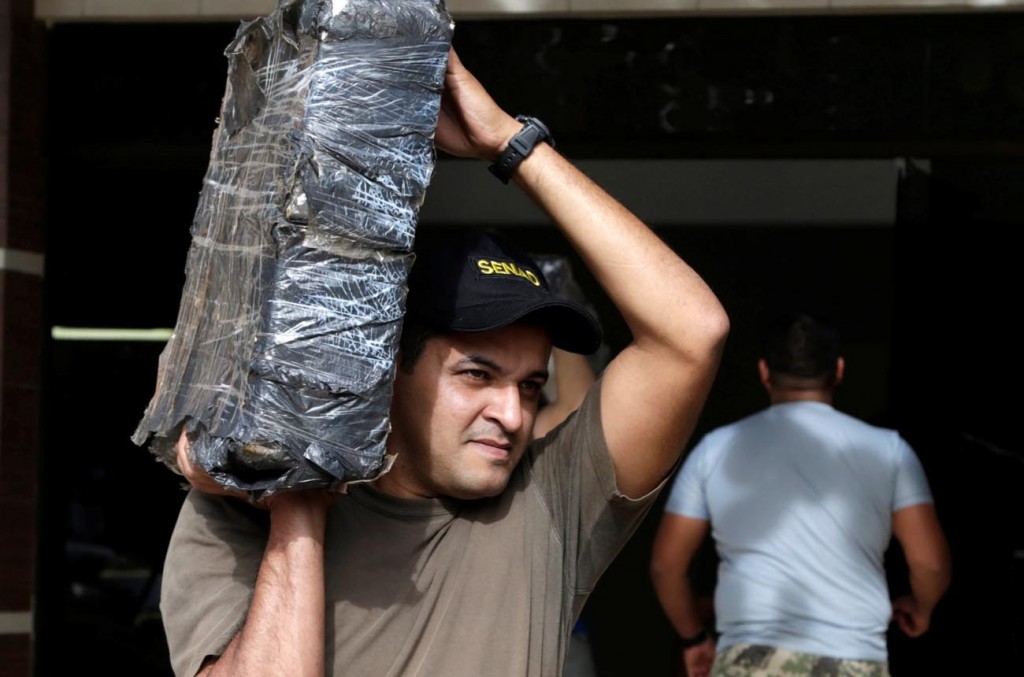 The Drug Enforcement Administration has scheduled a big a$$ party with a demolition derby featuring a Ford F-150 versus a U-Haul truck as its main event. MJ will be available in ample supply. Please RSVP to Jeff Sessions.
H

Sell the reefer "as is" to the highest bidder. ;-)