U.S. Customs and Border Protection agents arrested a 28-year-old man on suspicion of narcotics and contraband smuggling, and seized the drugs, according to a statement.

Agents called in a canine unit and searched the hearse after inconsistencies in the man's story to officials.

The bricks of marijuana are worth more than an estimated $33,000, border patrol agents said. 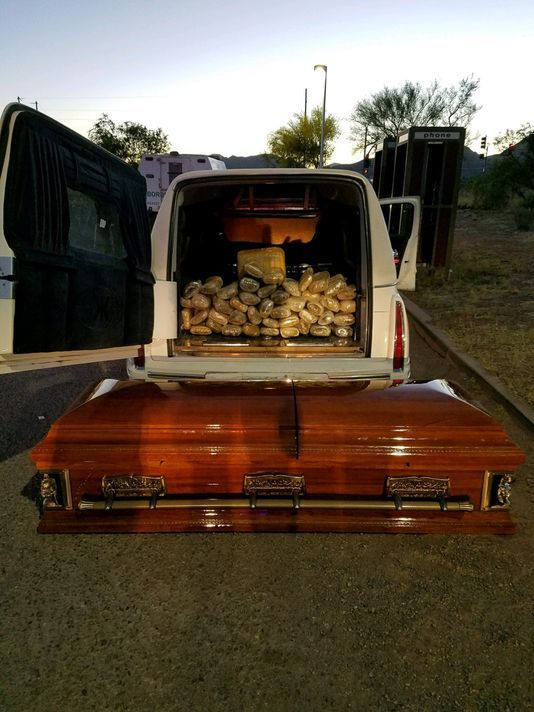