California voters legalized recreational marijuana for adults last week, but local law enforcement says there is still a long list of crimes related to the drug.

Proposition 64 - which makes it legal for adults 21 and older to possess up to one ounce of marijuana, 8 grams of concentrated cannabis and six plants - passed with 56 percent support. Only 42.5 percent of Kings County voters supported the measure.

The measure also calls on state officials to establish a regulatory framework for commercial marijuana sales by January 2018.

Hanford Police Chief Parker Sever said officers haven't seen an increase in marijuana-related complaints or public marijuana use since the law took effect last week. However, Sever said he's seen ads for workshops on how to start growing marijuana, and the city has fielded calls regarding mobile marijuana dispensaries wishing to do business in the city. City ordinance prohibits outdoor cultivation of marijuana and mobile dispensaries.

While residents can legally grow up to six plants in their home, Hanford, Lemoore and other nearby jurisdictions have adopted strict rules to prevent marijuana grows from creating health hazards or public nuisances.

"It's subject to reasonable regulations, and we have those regulations in place," Sever said. "Residences are not designed to grow plants."

Sever said proponents of Proposition 64 claimed that decriminalizing marijuana would free up police to deal with other crimes. That may not be the case, Sever said.

Kings County Sheriff Dave Robinson said the county is currently preparing a fact sheet to help residents understand exactly what they can and can't do under Proposition 64. Robinson said adults can use the drug in their homes and grow plants indoors, subject to local regulations.

"The law allows possession of up to an ounce of marijuana, or 28.5 grams," Robinson said. "And you can possess that in public."

But there is still a long list of infractions, misdemeanors and felonies associated with the possession, cultivation, sale and use of marijuana.

Robinson said the law still bars using the drug in public, including places where tobacco smoking is already prohibited or within 1,000 feet of a school.

Adults who possess the drug for the purposes of sales could face a misdemeanor conviction with up to six months in jail and a $500 fine. Robinson said packaged marijuana, along with items like scales or pay-owe sheets, typically indicate possession for sales. The charge can escalate to a felony punishable by up to three years in jail if the offender has certain prior convictions, is a registered sex offender or knowingly sells to a minor.

It's also illegal to have an open container of marijuana in a vehicle or drive while using marijuana, regardless of your level of impairment.

"It's still illegal to smoke anything in a vehicle with a child in the vehicle," Robinson said.

Marijuana users can face felony charges if they use volatile substances like butane to refine marijuana into a concentrated form without a license. Robinson said the state licenses for that process do not exist yet.

Robinson said it is still a felony to possess marijuana, even in legal quantities, when booked into the Kings County Jail on other charges.

"We will not accept any marijuana into our facility," Robinson said. 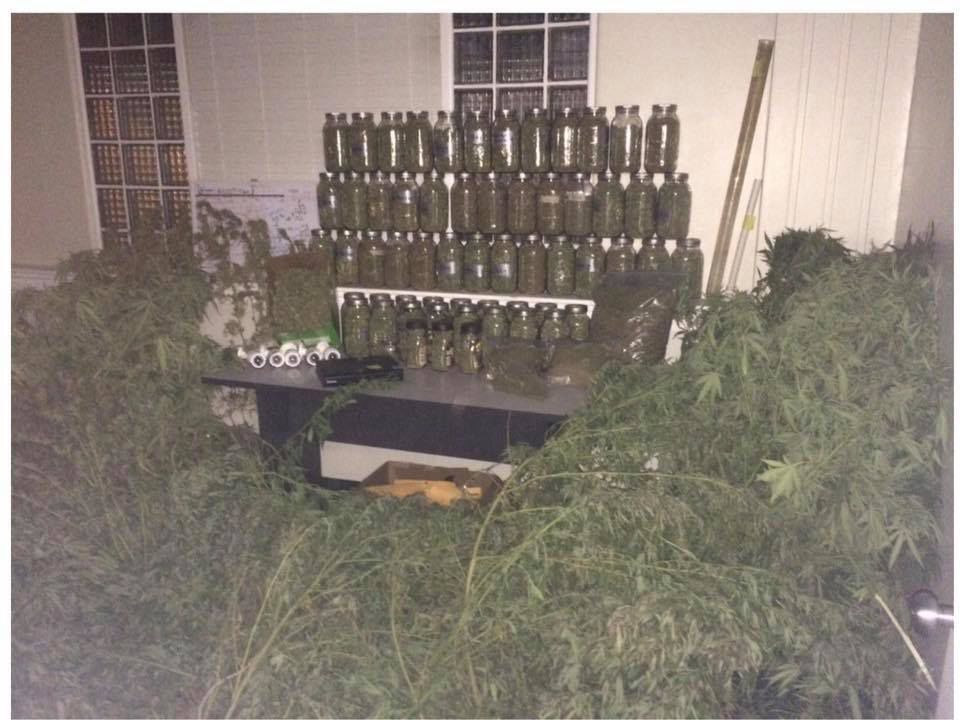