Today, more than six months after the deadline to apply, the Humboldt County Planning Department has received fewer than 200 completed cannabis cultivation permit applications from the entire county. That means that more than 2,000 permit applications remain far from complete. The Planning Department has started sending notices to those applicants to let them know that their cannabis cultivation permit application will be suspended unless they complete the process and bring their operation into compliance. Of course, another 6,000-8,000 Humboldt County growers never even bothered to file applications to begin with, but that hasn’t stopped them from blowing up enormous new grows all over the county, doing an enormous amount of new damage to the environment.

Instead of protecting the environment, consumers and “legacy growers,” the Humboldt County medical marijuana permit system has sparked the biggest explosion of gigantic new illegal grows in Humboldt County since the dawn of prohibition. Instead of lining county coffers with the funds necessary to mitigate the damage the black market industry has caused in our community, the permit process has multiplied the damage to the environment and the costs to the community while creating an unmanageable burden on county bureaucracies. I’ve rarely seen a failure so complete.

We should have expected as much. That’s what we get for trusting career drug dealers and politicians. The Board of Supervisors bent over backwards to give Humboldt County’s black market growers amnesty and to encourage them to come out of the closet. Growers testified for months about what they wanted in a permit structure, and got most of it. I couldn’t believe how many of our local enviros rolled over and then set up shop as consultants to the industry. The strongest opposition came from “legacy growers” like HumMAPS.

The county gave the industry the deal it wanted, but the truth is the black market marijuana industry is more about cheating the government and society than it is about producing marijuana, and old habits die hard. Humboldt’s dope yuppies never wanted legalization to begin with. They hate government paperwork. Most of them won’t even fill out a census form, let alone apply for a permit. The growers who apply treat the permit process as their first venture into white-collar crime. They’ll push limits and test every opportunity to cheat. With thousands of them working together to confound an understaffed county bureaucracy, they figure — rightly, I expect — that most of them will pull off another bumper crop of unregulated, untaxed, black market marijuana this year. It’s the same game it always was, just not as risky, and on a scale that is orders of magnitude beyond anything we’ve ever seen around here before.

Meanwhile, the problems associated with a flourishing illegal industry also increase by orders of magnitude. Our drug addiction rate has hit an all-time high and we die from drug use at ten times the state average. Last year, we set a new record for murders and violence against the poor and homeless intensified. The county’s housing crisis has only gotten worse, and despite two new laws to criminalize poverty, and the adoption of the “Housing First” strategy, honest working people in our community go without the basic necessities of life on a regular basis because black market drug dealers have squeezed them out of the available housing.

Far from elevating Humboldt County cannabis to the status of Napa County wine, this new permit process has dragged down Humboldt County’s reputation to a new low. Thanks to our Board of Supervisors’ eagerness to partner with black-market growers, Humboldt County has become the place where the black market will make its last stand. What Appalachia is to alcohol, Humboldt County is to herb, with our pesticide-tainted, rot-lung, black market hooch a lasting legacy of poverty and addiction that testifies to the cruelty and inhumanity of prohibition for generations to come. It isn’t pretty, but it’s profitable, for some, for now, and for our Board of Supervisors that appears to be enough. 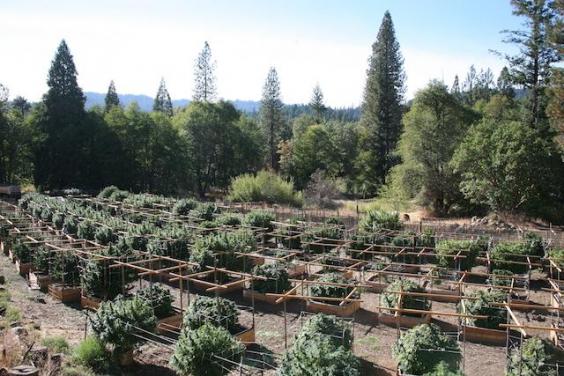 So rather than begin debates that spark rumors that kindle stories that burn down truths...try to plant a seed and see if that proves who we are or not.
All the best to all of you...Shantibaba
You must log in or register to reply here.
Share:
Facebook Twitter Reddit Pinterest Tumblr WhatsApp Email Link
Top Bottom