Health officials won't be able to meet a legislatively mandated Tuesday deadline to hand out five new medical-marijuana licenses, the head of the state's Office of Medical Marijuana Use said Friday.

Christian Bax, the marijuana office's executive director, blamed the delay on Hurricane Irma and a pending challenge to a recently passed law that ordered the Department of Health to expand the number of medical marijuana licenses.

The law, passed during a June special session, was designed to carry out a November constitutional amendment that broadly legalized medical marijuana in Florida. A key part of the law was increasing the number of operators in what could turn into a highly lucrative industry.

The law called for an overall increase of 10 licenses, some of which have already been awarded, by Oct. 3. It also specified that one license go to a black farmer who had been part of settled lawsuits about discrimination by the federal government against black farmers.

A lawsuit filed this month challenges the constitutionality of that part of the law, alleging that the statute is so narrowly drawn that only a handful of black farmers could qualify for the license. The lawsuit, filed by Panama City farmer Columbus Smith, contends that the measure is what is known as an unconstitutional "special law."

In a letter to legislative leaders signed Friday, Bax wrote that his office has "worked diligently to implement" the new law, but that the issuance of five new medical marijuana licenses by Tuesday posed an "extraordinarily challenging deadline."

Bax also blamed his office's inability to meet the deadline on Smith's lawsuit.

"The OMMU (Office of Medical Marijuana Use) is aware of its important role in continuing to move this process forward to provide patient access as quickly and safely as possible. However, recent history has emphasized the importance of getting the MMTC (medical marijuana treatment center) licensure process right the first time," he wrote.

Marijuana industry insiders have long believed that the agency would not meet the deadline, but Bax's Friday letter informing lawmakers of the delay made it official. As late as last week, a Department of Health spokeswoman said that the deadline remained "the goal."

The evolution of the medical-marijuana industry in Florida has been fraught with legal and administrative challenges since its inception after a 2014 law legalized low-THC treatments for a limited number of patients.

Bax pointed out that 13 administrative challenges were filed after the agency issued the first medical-marijuana licenses in 2015. The agency is still in litigation over two of the challenges, he said.

The upcoming licenses will be the first time the state has opened the application process to businesses that did not participate in the first selection process in 2015, creating intense interest in what could be one of the biggest medical-marijuana markets in the nation.

Bax's office developed a new system to evaluate the applications, relying on an outside vendor to supply "subject matter experts" to use a "blind-testing" process to grade the submissions. Requests for quotations from potential contractors were due a week ago --- just seven days before Tuesday's deadline.

State Sen. Rob Bradley, a Fleming Island Republican who has been instrumental in the development and passage of the state's medical marijuana laws, praised Bax's office for the revised selection system but called the delay a letdown.

"I'm pleased with the rule that set up the process for reviewing and approving applications. It's a much better process than the low-THC process, and I think it will produce better results," he told The News Service of Florida in a telephone interview Friday. "I'm disappointed that they didn't complete their work in a timely manner with regard to the approval of the five licenses that are subject to competitive applications. They need to finish their work by the end of the year and before session starts (in January)."

Still, Bradley said: "I'd rather have them right than do it quick."

House Majority Leader Ray Rodrigues, an Estero Republican who shepherded the marijuana issue through the House this year, said he understood the disruption caused by Irma. But he also wants to know when the department will award the licenses.

"What I would like to know is what their revised timeline is," Rodrigues told the News Service.

Rodrigues said he expects an update from health officials during legislative committee meetings next month. 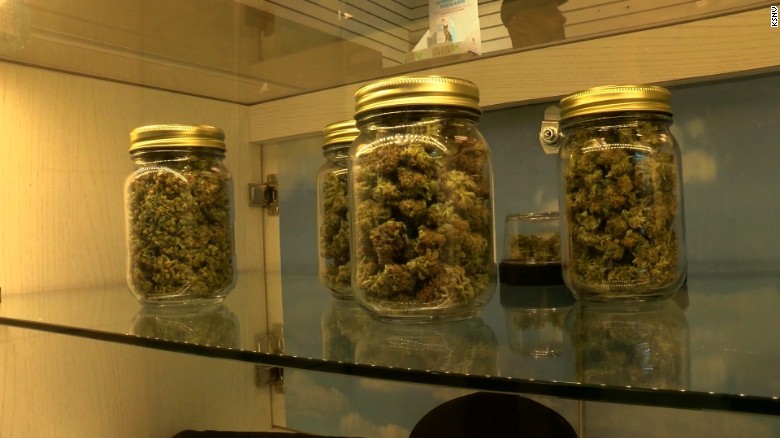