Greetings from the great state of Cali!

Meh not really great but I am newer to the Medical community. Just trying to figure things out, and learn some stuff.

Your in a great place to do just that...
Welcome to the 420 mag family. If you haven't already, please take a moment to check out the guidelines: Forum Guidelines - Please Read Before Posting
Or... dive right in and get to know some of the locals, the staff here are great and our members are top shelf...

Thank you for the welcome

.... It is a LONG story about how I got this plant but I will post up how I got it and how it has grown since I got it

Sweet as M8... looking forward to it!
Forum Guidelines

Ok so, about 6months ago my friend got his med card and bought a clone (bought the clone around march) well they went to home depot and got some 3 dollar, what looks to be filler dirt or that top dirt crap that holds in moisture. Well when I first found out he had it, he had it on a 12/12 cycle. I guess there are people who run 12/12 from seed, but anyhow, when I found out I told him it either needs to be on a 24/0 cycle (mainly from seedling to veg growth) or an 18/6 cycle (from veg to flowering), then the 12/12 was for flowering.

A while later I actually saw the plant and light he was using, and told him that the light he was using just wasn't going to cut it. I told him he needed to go buy a 400W MH light for veg, and a 400W HPS light for flowering. Well about 2 months ago he came to me and told me his situation and about how he can't have the plant anymore cause of his GF's parents. So he brought it up to me (didn't tell me he was bringing it). When I got it, the poor plant was half dead. So I put it under a 95W spot light (mainly because I can't afford any good lights right now). Anyway since I got it, the plant has done a lot better, I replanted it in some fox farms soil. It has some leave droop but I think that is from over watering. I did water the hell out of it, but that was also my 1st time replanting one of these plants ever.

Right now as I mentioned earlier, the plant has drooping leaves, but it doing A LOT better. I chopped more that half of the old leaves off, in good proportion because I know if I were to cut off more that 50% of the plants leaves at once it would probably die. So I chopped 3 off and let it grow then chopped 2 more off and let it grow. Ill post pics in a sec

Anyhow, I have been thinking about what kind of grow I really want to do. and I am thinking Hydroponics under CFL lighting..... I have a cool hydro bucket, aka Bubble Bucket, setup in mind. I am just not to clear on the nutrient mixes. But here are the pics of the plant.

.......Edit, it is taking FOREVER to upload Due to using the sewer connection <.< (jokes lol.... my internet seriously just sucks... I should be only a sec

I hope this doesn't stretch the page to much x.x If it does I will fix it x.x 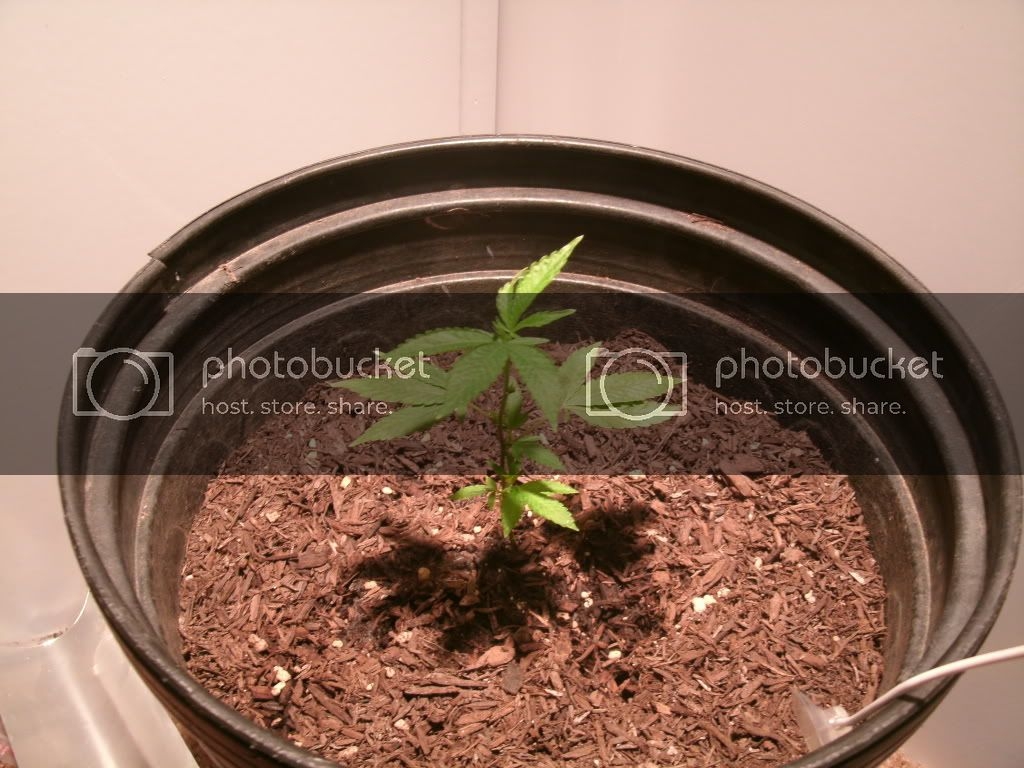 Everything under the top 3 main leaves is new. 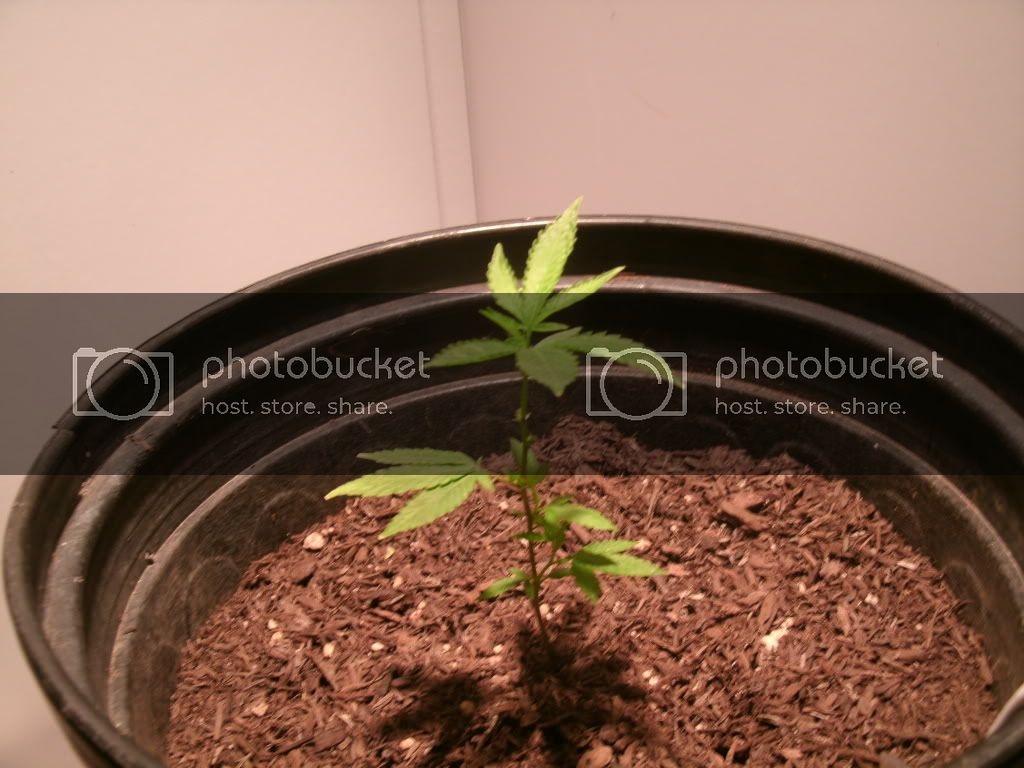 This is the plant today, Still giving it resting time lol. 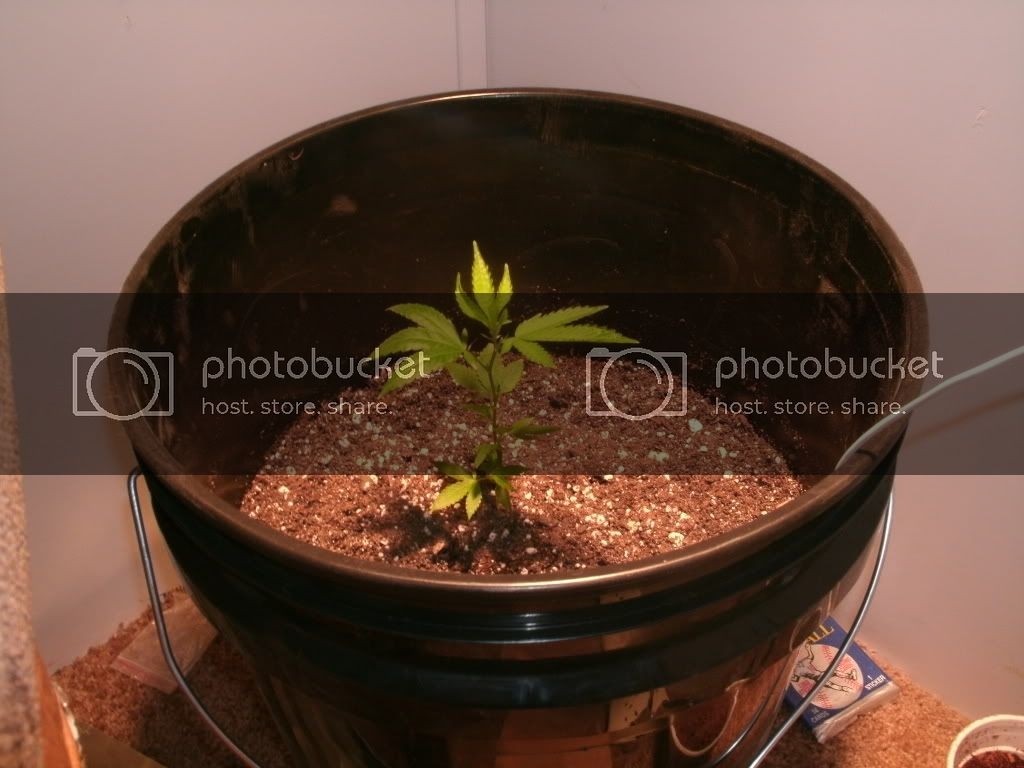 On another note this is the lid to my Hydro bucket 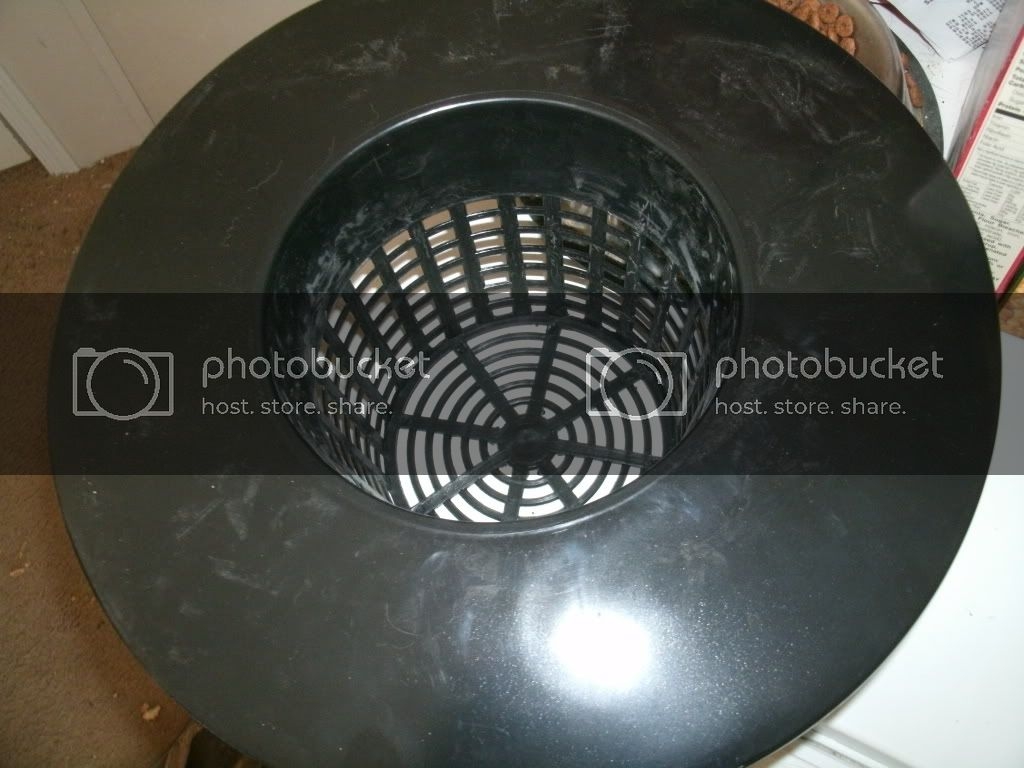 Lot's of good people here to help with the new climate...

Smoke one and enjoy the site...

I came here to chew bubble gum and kick ass...

I am going to start a thread in the apropriate place

I was able to buy some better dirt and a light

I will post later tonight at about 1 am because it is WAY too freaking hot here to run a computer.