The hemp plant is one of the oldest, cultivated crops on the planet, dating back at least 8 centuries. But it's illegal to grow hemp in the United States, where it is classified as a schedule one drug, because it's a relative of the marijuana plant. Now for the first time in more than a century, it is being grown here, but only by scientists, testing it under a government program.

"There's been a real challenge getting the seed here this year. We started in back in the late fall. We were looking at what varieties were available trying to find materials that we could bring in and test."

"So here I am planting these plots like the 7th of July and they should have been in the ground May 7th maybe."

So most hemp plants on this test plot at Kentland Farm in Blacksburg are only about 3 to 4 feet high. When they should be closer to 10.

"So these are border plots here and when you get in you can you see I have some varieties that are good and some that are not. Now let's walk down here..."

A recent change to federal law allowed states to grow test plots of hemp only at university or government sites and Virginia is one 28 that are doing so. Elaine Lidholm is with the Virginia Department of Community Services.

"We did get a lot of calls when the leg first passed. There was frankly just a misconception out there that the General Assembly passed the law and therefor the next day you could go out and grow hemp and that was not the case. First of all, most laws in VA don't take effect until July 1st even though they're passed in winter, but there was really not an opportunity for just any farmer to say, 'hey I want to grow hemp.'"

Not until there's a change to another federal law that classifies Hemp as a Schedule 1 drug, just like it's sister, the marijuana plant. Proponents of bringing hemp cultivation back to the U.S. point out it has only a tiny fraction its THC - the psychoactive agent in pot. And they cite a long list of potential benefits if it were to be legalized here.

"There is a reason why people used this crop in 10-Thousand B.C. and it was among the first crops that humans grew and had agriculture with. And the reason being, it's a wonderful natural resource."

"We're the only industrialized nation in the world that makes hemp illegal and will not allow it to be grown.

The coalition was instrumental in crafting Virginia's law allowing testing here and Amatucci sees this as a political issue.

"Politicians talk about jobs all day long. They talk about the economy but it's not getting the support it really does deserve. We do need this for our rural American and for rural Virginia. The manufacturing plants are gone, farming has gone, we need hemp to bring this back. And it heals the land as well. It pulls toxins out of the soil. It sequesters carbon. And then you start to learn about the nutritional aspects of the seed and how we should be feeding this to our livestock. When you give it to our chickens the omegas in the eggs, they just boost the nutritional value of our eggs."

Under current law, hemp products can be manufactured in the U.S. legally, but because it can't be grown here, it's not easy to get the seeds. That's part of why it took so long for Professor Fike to get his testing project started.

And as for confirming any of the potential promised by hemp proponents, he says "it's not what I'm after. I'm after understanding the plant and how do we mange it." Less, trying to prove something at this point and more trying to discern what are best materials and what are best agronomic practices for Virginia." 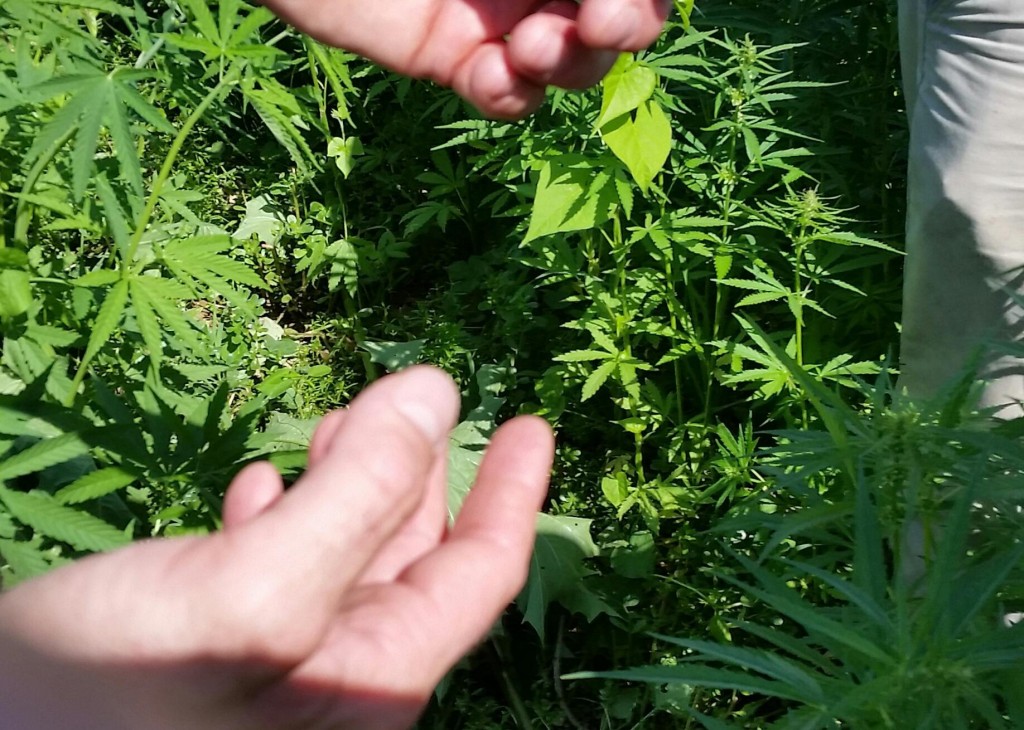