After months of waiting, the rules for medicinal marijuana could be ready to move forward.

Attorney General Elizabeth Barrett-Anderson said she hopes to have the rules and regulations as amended by her office out soon.

"It's just about done. It's been a long process," she said.

Her office has had draft rules and regulations since October last year.

She said its been a very good learning process for her office since this is the first time Guam has had to come up with such rules and regulations.

Barrett-Anderson said she's looking forward to working with the Department of Public Health and Social Services and the Legislature as the rules move forward.

The more than 150-page document was cut down since it's not about volume but the content, she said.

There have been some deletions, but specifics on the amendments will be discussed more when it's been released, she said.

Barnes, who wrote the legislation to have voters approve medicinal marijuana, said she's happy that the rules and regulations are moving forward.

Guam's medical marijuana program, approved by voters in 2014, has been stalled because rules and regulations have been under review by the AG's office.

Difficulty in getting the rules and regulations in place has prompted Barnes to review alternatives to expedite the intent of the medical marijuana program.

It's possible she will try to push that legislation while the rules and regulations go through, she said.

Barnes has previously expressed that patients have been waiting too long for medical marijuana and would possibly move legislation to make it happen sooner.

The legislation would prevent those with a doctor's recommendation from being prosecuted for possession of marijuana. She also is considering legislation to allow people with certain debilitating conditions, such as cancer, glaucoma and epilepsy, to grow the drug at home.

Such a measure essentially bypasses the rules and regulations the Department of Public Health and Social Services has been working on since Guam voters approved the medical marijuana initiative in the 2014 General Election.

Barnes said she will know her next course of action when the draft is released.

She also stressed that any bill she would introduce would be for patients suffering with debilitating diseases and need comfort through medical marijuana.

She said her office has several drafts of legislation based on communications with the AG to help strengthen the proposed rules and regulations.

"I'm working really hard to follow this issue through. We made a commitment almost two years ago to make sure access to patients who are really suffering are given the opportunity," she said.

The Office of the Attorney General has been reviewing Public Health's proposed rules since October. Barrett-Anderson announced in late December that her office needed more time to review it, as the work required "a greater degree of legal scrutiny to ensure these rules comport with the Act and are legally sound." 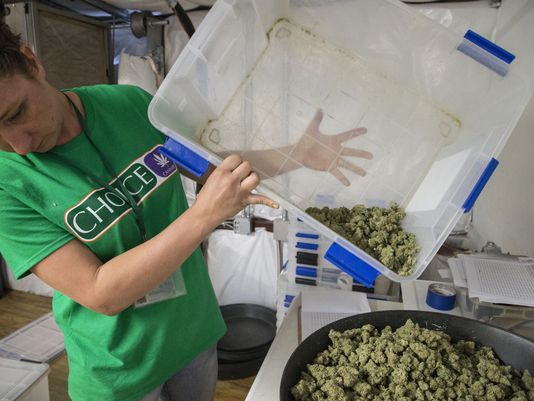 Jul 14, 2016
Katelyn Baker
K
J
Guam: The Deadline For Rules And Regulations For Medical Marijuana May Have Passed