One amendment, introduced by Rep. Thomas Massie (R-Ky.)–also part of the coalition behind the "Interstate Milk Freedom Act of 2014"–blocks the Department of Justice (DOJ), including the DEA, from interfering with states' importation of hemp seeds. It passed 246-162. The second amendment, from Rep. Suzanne Bonamici (D-Ore.), stops the DOJ and DEA from interfering with states' implementation of laws authorizing industrial hemp activities approved under this year's farm bill. It was approved by a vote of 237-170. "Passed my amendment to allow farmers to grow industrial #hemp," Rep. Bonamici tweeted this morning. "It's a natural resource, not a drug.

Note that the 2014 federal farm bill explicitly legalized industrial hemp farming and research, under certain conditions. (Also that the illegality of hemp–a totally non-psychoactive form of the cannabis plant–is even more absurd and unwarranted than the federal prohibition of marijuana.) It's sad that Reps. Massie and Bonamici's amendments to the DEA funding bill are needed, that lawmakers need to threaten the DEA's funding in order to make the agency comply with federal policy. The Senate is still expected to consider its own DEA and DOJ appropriations bill, so these hemp amendments (and the amendment aimed at stopping federal interfernce with state medical marijuana laws) have to make it through a joint conference before final passage. 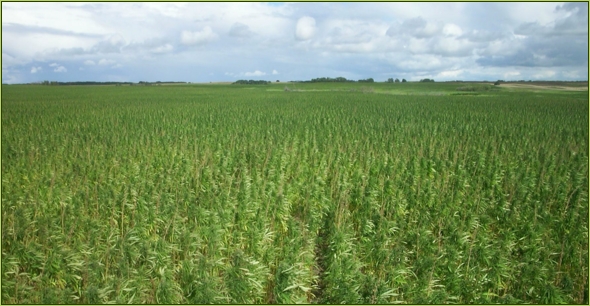