An 18 year old man, who was arrested on a warrant Friday during a traffic stop, faces marijuana charges, police said.

Redfern was arrested after officers with the department's Street Crimes Team saw a suspicious vehicle near Willowdale Drive at West Patrick Street and pulled it over for an equipment violation, police said.

One of the officers recognized a passenger as Redfern, who had an active arrest warrant through the Frederick County Sheriff's Office, police said.

The officers arrested Redfern and searched him, police said, finding marijuana and evidence of marijuana distribution.

Court records list addresses in Frederick and Baltimore for Redfern.

He was taken to the Frederick County Adult Detention Center, where he was being held Saturday on $10,000 bail, according to online court records. 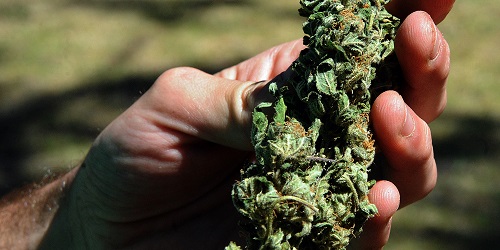 State Trooper Arrested For Allegedly Growing Marijuana At His Home