The Humboldt County Board of Supervisors will hear from Mendocino officials Tuesday regarding our southern neighbor's seemingly successful medical marijuana ordinance.

McCowen said the Mendocino County Board of Supervisors set out to find a balanced approach to address issues related to illegal grow operations. The ordinance, originally adopted in 2008 before significant changes were adopted in June 2010, sets restrictions on the number of plants that can be grown, establishes setbacks and provides a way for growers to legitimize their grows through a licensing program.

The licensing program -- which includes a $1,005 application fee and requires the purchase of $50 zip-ties to place on permitted plants -- received 18 applicants last year. This year there are more than 90 applicants, and when a fee increase was proposed, several permit holders spoke out in favor of the increase.

"The way this thing started, it really wasn't with the intention of trying to make a lot of money," McCowen said. "It really was to try and make some sense out of a chaotic and confusing situation -- there really was no good system of distinguishing legal medical grows and black market grows."

McCowen said the changes made to the ordinance last year were in response to complaints from neighbors -- a point of contention in discussions over Humboldt's ordinance.

The Mendocino ordinance, which applies to both outdoor and indoor grows -- another point of contention for Humboldt -- dictates that plants not be planted within 100 feet of a house or within 50 feet of a property line. Additionally, the plants can't be visible from a public right-of-way, the odor can't disturb a person with normal sensitivities, and there are noise and light glare restrictions.

McCowen, a lifelong Mendocino resident, said the ordinance has turned a controversial issue into one of healing for a torn community.

"We've had, for 40 years, we've had a culture where people are trying to stay underground and they don't want anyone to know what they're doing, and it's led to, I think, a lot of isolation within neighborhoods and the community," he said. "And we're starting to see that change because a lot of the people who have applied really like the idea of being able to step forward and say: 'This is what I do and I'm as legal as I can be. I'm not creating neighborhood problems, I'm not trashing the environment.'" 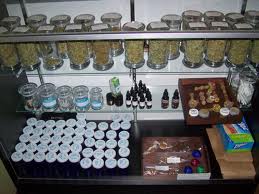