For a town infamous for its odor, many citizens pleaded their case to not add another one to Tillamook's downtown: Marijuana.

Following a three hour hearing on Nov. 10, the City of Tillamook Planning Commission approved a request to allow John Janac, the owner of the Odd Fellows building on 2003 Second St., to lease the basement as a commercial marijuana grow operation.

"We are already criticized quite heavily for our odors and smells," said Mayor Suzanne Weber. "I am concerned how this will impact our downtown area."

John Rasmussen, the applicant for the grow operation, attempted to reassure citizens and the planning commission by saying his grow operation would be at the cutting edge of technology and be as discreet as possible.

To remove the smell of marijuana, Rasmussen said the grow operation will utilize carbon filters (known as "scrubbers") that, supposedly, will eliminate 100 percent of the organic odor.

"I want to meet every expectation you set," Rasmussen told the planning commission. "I believe conditions in the basement are conducive to control the environment in the rooms."

The basement grow operation will forgo soil for their plants and will, instead, rely on hydroponics. Marijuana will be grown in water with mineral nutrient solutions added.

Because there will be no commercial sales or storefront, City Planner David Mattison alerted the planning commissioner the grow operation's land use will be considered light industrial.

With a five-room basement full of marijuana eventually taking root in downtown Tillamook, the issue of security was a focal point.

"I came out of law enforcement," said Rasmussen, "Believe me, we'll have the utmost security."

Plans to secure the basement include double reinforced steel doors at the entrance and camera in every corner of every room.

"I want the community to feel safe knowing I have security," he added, "Our plan is to make it as difficult as possible to access."

Steve Parsons, a business partner of Rasmussen, told the planning commission the basement of the Odd Fellows building has virtually no monetary value and the addition of a grow operation would add income and taxes. However, Mayor Weber corrected Parsons and shared the City of Tillamook receives no tax revenue from the sale of marijuana products, at the present time.

Six citizens attended the hearing to share their views in opposition to the proposal.

"I'm very pro pot and pro business in Tillamook," said Sky Veek, owner of Lucky Bear Soap Company on Second Street in downtown Tillamook. "I'm concerned about the appropriateness of this proposal. Tillamook has hundreds of acres of fertile ground."

Veek added to her concerns, stating she has invested nearly her entire life savings into her business and is worried about the impact the potential odor from the grow operation could have on visitors and business owners.

Veek reminded the planning commission a clothing store and yarn shop currently exist on either side of the proposed grow operation and the fibers can retain odor.

"I'm against this because it is not a fit for the city of Tillamook," said Jesse Exton, Masonic Building Manager in downtown. "This is an agricultural town. We don't parade cows through town or milk cows in town."

Two other testimonies were heard from two other downtown business owners, sharing their opposition to the proposal.

"We're starting to revitalize downtown," Veek said. "[It's] four little blocks and I don't want to screw it up."

Officials said citizens have 10 days to appeal the decision from the date it was signed into effect, which was Tuesday. 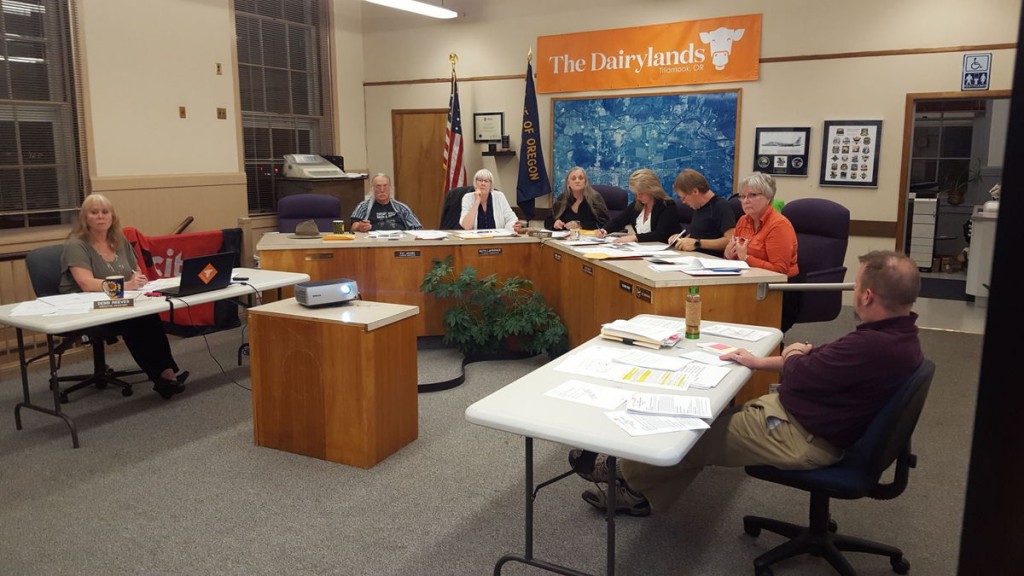