Another snag for industry, law prohibits use of water from reclamation projects for marijuana.

It's no wonder that marijuana growers gravitate to the Tumalo Irrigation District and other small water districts in Central Oregon.

Their water rights have only loose ties to the U.S. Bureau of Reclamation or none at all.

Tumalo Irrigation District has the rights to water, free of federal oversight, that it provides its users because it paid back the money spent by the bureau to build parts of the irrigation system, including Crescent Lake, said Kenneth Rieck, district general manager.

Federal policy imposed in May prohibits the use of water from federal reclamation projects to grow marijuana, still considered a controlled substance under federal law. Measure 91, approved by voters in November 2014, legalized recreational marijuana for adults in Oregon, including growing and selling it.

To obtain a license to grow marijuana commercially, the Oregon Liquor Control Commission requires applicants to show a qualified source of water. In Central Oregon, infrastructure such as Crane Prairie and Wickiup reservoirs or canal systems were built and maintained with federal dollars under the purview of the Bureau of Reclamation.

"The use of (Bureau of) Reclamation water or facilities for activities prohibited by the Controlled Substances Act of 1970 is very situational," said Douglas DeFlitch, Bend field office manager for the bureau, "and will be assessed on a case-by-case basis."

The federal government has taken a light touch when it comes to cracking down on growers who use federal water to cultivate marijuana in states where it's legal to do so. The Bureau of Reclamation has referred five cases of alleged improper water use in those states to the U.S. Department of Justice for further investigation since the bureau policy took effect, said Daniel DuBray, spokesman for the Bureau of Reclamation in Washington, D.C.

In Deschutes County, applications for any license related to commercial marijuana are on hold, anyway. The County Commission on Monday decided to temporarily prohibit new marijuana businesses from operating in the unincorporated areas of the county while it reviews proposed zoning regulations. The three-member commission agreed to revisit the ban in 90 days.

In the Tumalo Irrigation District, growers have been harvesting medical marijuana for as long as 10 years without a concern, Rieck said . The prospect of recreational marijuana farms has raised fears and questions on both sides of the debate, he said. For the time being, he said, state law is clear, if and when growing pot is approved in the county.

"Growing marijuana is considered a beneficial use for the state's water rights," Rieck said. "We would treat it pretty much like any other crop. It would make little difference to the irrigation district." 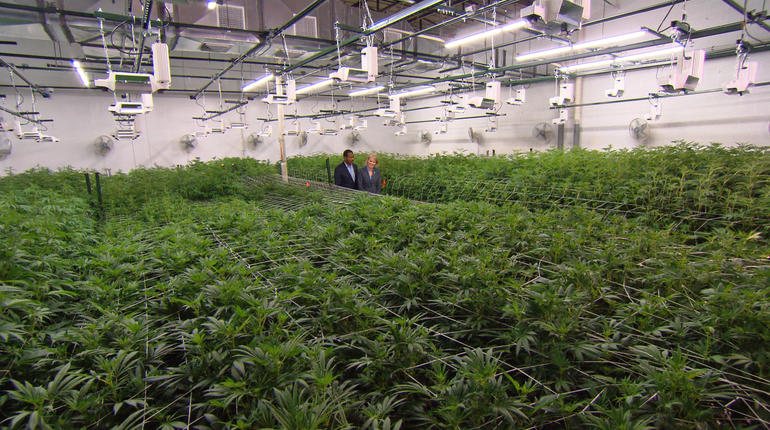 I hope I'm not the only one that finds the humor in this.
Ya canna use our postal system an ya canna use our water either! So there neener neener :icon_roll
B

Wait, when you say the federal government says federal water, they're actually referring to H2O, not something more obvious like the pipes or the canals?! How the hell is that even enforceable?! Not saying that I would actually do this, but if I drink federal water and then pee on a cannabis plant, my committing a federal crime? Or how about if federal water evaporates, goes up into the atmosphere and then comes back down as rain, is that federal rainwater, what if I collect that rain water and use it on a cannabis plant, is that a federal crime, am I guilty of coaching federal rainwater or because it changed its state of matter The federal recognition those changes? My God, I can't believe is government sometimes.
I'm legally blind, so if I write something...odd I blame the Voice dictation program. Just let me know if it's so bad that I need to repeat it!

T
Feds May Cut Off Water For Legal Marijuana Crops