An 18-year-old Kenhorst man was charged with marijuana trafficking after Reading police investigated complaints about frequent drug transactions through the front window of his home.

According to court papers:

Reading police, who are contracted by Kenhorst for police services, received numerous complaints since April about drug transactions at the home where Blanchard resides.

Officer Raymond Carter was told by residents that the transactions would occur through a front window of the home at all hours of the day and night.

Carter was monitoring the area on the evening of Oct. 31 when he observed a suspected drug deal.
A man went up to the porch of the home and stood at the window for a minute or so and walked away.

Carter stopped him in front of the house and he admitted he bought marijuana from someone inside the home. He handed over the marijuana that he had just purchased.

A short time later, Blanchard came out of the house and admitted to selling pot to the man. Carter alerted the city vice unit, and Blanchard granted permission to search the residence.

Police confiscated a small amount of marijuana in a dresser drawer in a rear bedroom.

Because he was cooperative, Blanchard was allowed to remain free while police tested the marijuana and filed the charges, which including possessing and intending to deliver marijuana.

Blanchard turned himself in on Friday. 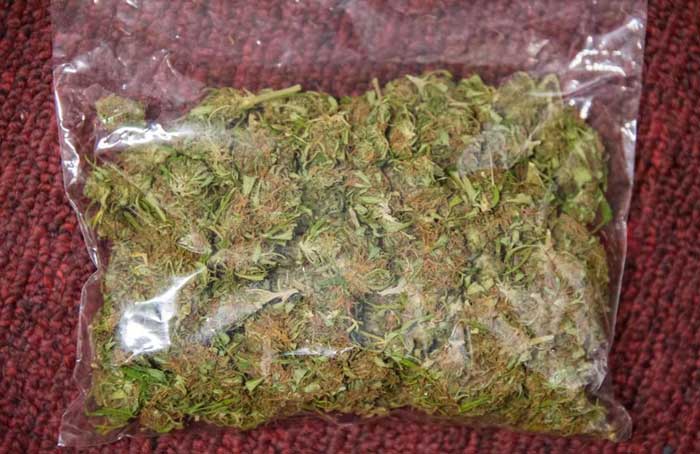 No Prosecution for a Little Marijuana

No Prosecution For A Little Marijuana

Police: Man Had 3.3 Pounds Of Marijuana