Phenotypes in Cannabis - a definition

Genotype and Phenotype - a definition.

There are two parts to this definition ...

Phenotype This is the "outward, physical manifestation" of the organism. These are the physical parts, the sum of the atoms, molecules, macromolecules, cells, structures, metabolism, energy utilization, tissues, organs, reflexes and behaviors; anything that is part of the observable structure, function or behavior of a living organism.

GenotypeThis is the "internally coded, inheritable information" carried by all living organisms. This stored information is used as a "blueprint" or set of instructions for building and maintaining a living creature. These instructions are found within almost all cells (the "internal" part), they are written in a coded language (the genetic code), they are copied at the time of cell division or reproduction and are passed from one generation to the next ("inheritable"). These instructions are intimately involved with all aspects of the life of a cell or an organism. They control everything from the formation of protein macromolecules, to the regulation of metabolism and synthesis.

To give you an example of differing phenotypes in cannabis, I have chosen some selected images from my latest grow as examples.

I purchased 10 White Widow seeds from a reputable seed breeder and noticed a significant variation in the plants' final appearance. White Widow is a complex cross between a Brasillian Sativa and a south Indian Indica. The ratio of the cross was 60/40 in favour of the sativa. The resultant cross produced a dominance of Indica traits, for the simple reason that the sativa influence is a recessive gene. So most growers thought they were growing a classic Indica.

This is an image of the classic Indica White Widow phenotype. 60 days flowering to finish. 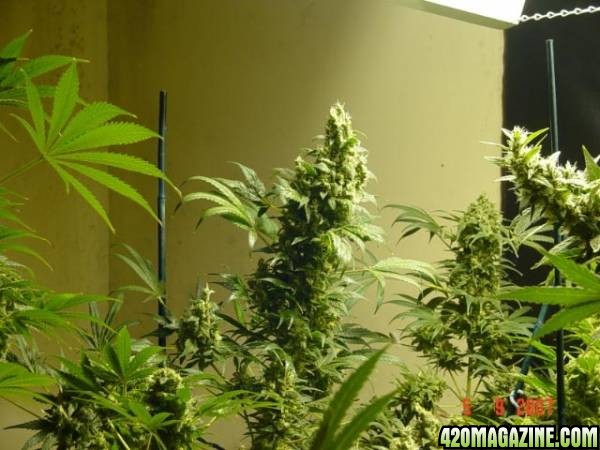 This an image of the classic sativa phenotype. 75 plus days flowering to finish. 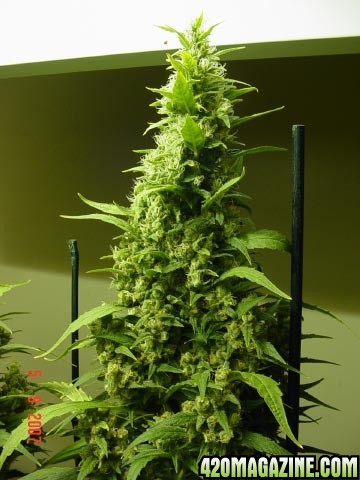 Now, both these plants were from the same seed pack and from a reputable breeder, yet there is significant variation in the plants.
The first image is what most growers will see when growing White Widow. Fat, chunky indica colas. This phenotype smokes like an indica with a strong body stone, with a touch of a heady high. The classic White Widow that all smokers love.
The second image clearly shows a sativa cola, with a much longer flowering time and classic sativa structure. The high is that of a sativa - a soaring head high. This is the effect sought after by the shamans of Brasil.
Yet these are both White Widow plants.
What you are seeing is a variation in the phenotype, with both plants having identical genotypes.
I hope this helps you all understand when growers talk of variations in pheno.
Last edited: Sep 13, 2007

Re: Phenotypes in cannabis - a definition.

What is a Phenotype and What Does Phenotype Mean?

S
The Church and its phenotypes with photos