Chanting "patients, not criminals," "we toke and we vote" and "Mayor Morris, don't ignore us," 30 supporters of medical marijuana gathered outside of City Hall on Thursday morning to demand the city stop shutting down medical marijuana dispensaries.

Saying they represent hundreds of patients around the city and the interests of millions who voted to legalize medical marijuana, protesters said they want to meet with Mayor Pat Morris and other city officials to discuss.

"They're right that there are too many (dispensaries) and a lot of the patients are just trying to get high," said Jeremy Allen, president of Arrow Alternative Remedies. "We want to work together to get rid of the bad ones, because shutting down everything just makes it worse. Instead of getting it responsibly from us, they'll go to the elementary school or the park, and there will be a lot more crime."

State voters approved the use of medical marijuana, so the city had held off on aggressively enforcing its ban on dispensaries until the California Supreme Court ruled last May 6 that city bans are allowed. 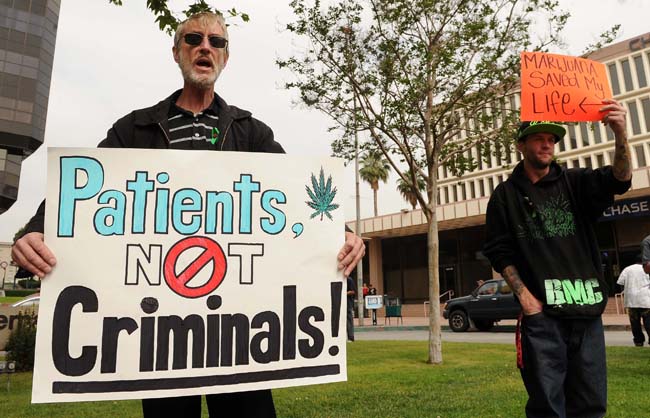