Even more states could vote to legalize marijuana this year, as pro-pot advocates look to capitalize on changing voter attitudes to replicate their recent successes in Colorado and Washington state. The legalization question is coming before voters in very different areas of the country, both politically and geographically -- Alaska, Oregon and the District of Columbia. But polling indicates the measure stands at least a chance of passing in otherwise conservative Alaska, while the ballot initiatives appear to enjoy popular support -- at least for now -- in Oregon and D.C.

"I think they are all going to pass," declared Mason Tvert, communications director for the Marijuana Policy Project, which has contributed over $566,000 in funds and services to the effort in Alaska, according to state campaign finance records. "Public support for ending marijuana prohibition is at an all-time high, and people can sense that change is inevitable," he said. Meanwhile, Florida voters are also set to weigh in on a measure that would approve medical marijuana.

But opponents say the pro-weed forces are just blowing smoke. They say practical arguments against legalization are gaining traction, and will ultimately keep other states from going the way of Colorado and Washington. "I think voters are going to be very skeptical with these initiatives," said Kevin Sabet, co-founder of Smart Approaches to Marijuana (SAM), which opposes legalization. "I don't think it's going to be the walk in the park [pro-legalization advocates] thought it would be initially."

Critics say pot in Colorado, which went legal in January, has not been the panacea proponents want to paint. They say tax revenues are lagging in comparison to projections, and that there's been plenty of confusion and unanticipated trouble with so-called marijuana edibles, and drivers under the influence of pot. "I think it's all leaving a bitter taste in people's mouths," Sabet said. "Legalization in theory is a lot more pretty than legalization in practice." Still, an overall change in voters attitudes toward recreational marijuana -- 58 percent nationwide said they would support a measure legalizing, regulating and taxing pot like alcohol in their state in a September Civic Science poll -- is making it easier to gather support for new initiatives.

Proponents point to figures that show teen use of marijuana down, albeit slightly, since it's been legalized in Colorado. Recent statistics show that violent crime is down there, too. "There is no buyer's remorse," Tvert said. "There is absolutely no evidence that any of the problems that our opponents have predicted have occurred." Here's a look at the measures hitting the ballots in November.

Alaska
Measure 2 in Alaska would allow adults over 21 to possess up to an ounce of marijuana and up to six plants. The Alcoholic Beverage Control board would be in charge of regulating and taxing it, much like in Colorado. Observers expect the vote in November to be a squeaker. Recent polls have shown the "yes" and "no" campaigns trading the lead.

"At the beginning I would have said this would've passed in a heartbeat -- in Alaska we're pretty independent," said Kathie Wasserman, executive director of the Alaska Conference of Mayors, which has passed a resolution opposing it, citing concerns with substance abuse. "But right now the 'no' vote is gaining some traction."

Oregon
The marijuana question first came before voters in 2012, but it failed 53-46 percent. But Anthony Johnson, co-author of Measure 91, says the new proposal is stronger, incorporating aspects of the Colorado and Washington measures including practical restrictions the 2012 initiative did not have. "This one has a great chance for victory, we aren't taking anything for granted," he said, citing poll numbers in favor of legalization at 54 percent (a June SurveyUSA poll showed voters favoring the measure by 51-41 percent).

Measure 91 would allow adults 21 and older to possess up to eight ounces and four plants per household. The Oregon Liquor Control Commission would regulate its commerce. Johnson says a big selling point is what they will do with the tax revenues: 40 percent of revenue goes to schools, with 35 percent to state and local police, and 25 percent to drug addiction services.

D.C.
Adam Eidinger, chairman of the D.C. Cannabis Campaign, said that despite the potential pushback from Capitol Hill, which has ultimate say over the District's governance, Measure 71 has great prospects for passing. Unlike the others, it's not a regulating-and-taxing law, but it would allow adults over 21 to possess up to two ounces of marijuana and six plants.

But like the others, Eidinger hopes that legalization would help "reprioritize law enforcement resources" toward more violent crime in the city. For too long, prosecution of smalltime marijuana possession has targeted mostly minorities, he said. "Why should anyone be harassed at all? I don't even think the police like doing it -- they have better things to do." Both top mayoral candidates -- independent David Catania and Democrat Muriel Bowser -- have said they support legalization. A recent Washington Post poll finds that 63 percent of Washingtonians favor it too. 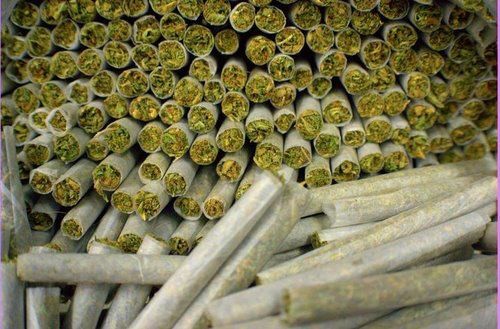