The cost of getting caught with a little weed in Santa Fe will drop to just $25 max, thanks to a City Council vote Wednesday to decriminalize marijuana. When the ordinance goes into effect, those caught with an ounce or less of marijuana in arts loving Santa Fe will be hit with a civil fine. Previously, it was a criminal misdemeanor carrying a possible $100 fine and jail time.

With the 5-4 vote, the liberal-leaning northern New Mexico capital known for its arts market and tourist draws joined the national movement to change marijuana laws, and became the first city in the state to decriminalize pot. The move came after activists submitted enough valid voter signatures to force a public vote. "I don't think that by supporting this there's going to be many more potheads," said City Councilor Carmichael Dominguez, who voted for the measure.

Santa Fe Mayor Javier Gonzales voted against the measure, arguing that it should be decided at the ballot box. "While I've been a clear and vocal support of decriminalization, I believed this was an issue that should be brought before the voters for an up or down vote," Gonzales said. By approving the matter outright, the council hoped to avoid the costs of a vote and the uncertainty of the question making the November ballot. The City Clerk's office estimated the cost of putting the measure on the ballot to be as much as $80,000.

According to the National Organization for the Reform of Marijuana Laws, 18 states have decriminalized marijuana possession and treat the infraction like a traffic ticket. Colorado and Washington state have legalized possession of pot. Earlier this month, a divided Albuquerque City Council voted to put a marijuana decriminalization proposal on the November ballot after activists failed to collect enough voter signatures. Like Santa Fe, the proposal would make possession of an ounce or less of marijuana a civil infraction punishable by a fine of no more than $25.

However, the measure is subject to a veto by Albuquerque Mayor Richard Berry. Also, the Bernalillo County Commission has a say on what goes on the ballot. According to current state law, first-time offenders in possession of less than an ounce of marijuana face a petty misdemeanor charge punishable by a fine up to $100 and up to 15 days in jail. Gov. Susana Martinez has said she opposes efforts in Albuquerque and Santa Fe to reduce marijuana possession penalties and doubts a municipality can decriminalize pot without legislative action since it conflicts with state law.

Martinez called the efforts political moves to get young voters to the polls. She said any changes should come from the Legislature so the laws would be consistent statewide. A proposal to let New Mexico voters decide whether to legalize recreational marijuana stalled in a legislative committee this year. Sen. Gerald Ortiz y Pino, an Albuquerque Democrat who sponsored the measure, said he plans to reintroduce it next session. 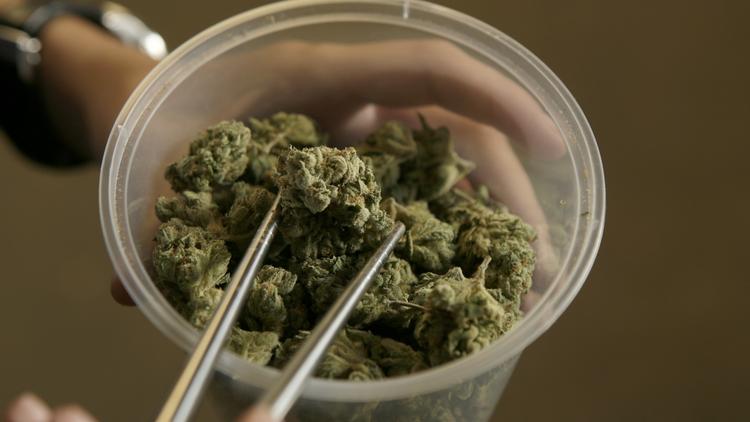