Washington State - Two more businesses have received their state licenses to grow and process marijuana in Whatcom County. The state Liquor Control Board issued grower-processor licenses to Sasquatch Greenhouses, which will have a tier 3 operation at 3171 Unick Road, Suite B, near Ferndale. The applicants were John and Sara Burns. Tier 3 is the largest level for growers.

The liquor board, which is overseeing the implementation of Initiative 502 in Washington, also issued grower-processor licenses to Ocean Grown Enterprises at 6481 Portal Way, Suite A, in Ferndale. Jay Caldwell was the applicant for the tier 2 operation. The businesses were the sixth and seventh to receive their licenses to grow and process recreational marijuana in Whatcom County.

Ocean Grown plans to have 7,500 plants, according to Jason Caldwell, who co-owns the business with his father, Jay. Jason Caldwell, 22, said he will pull from his extensive experience in the medical marijuana business, including owning a collective, for his new venture in the recreational industry. "I actually dropped out of high school to get into medical because I knew recreational was going to go somewhere. They were talking about it and I just had a good feeling," he said. "I have lots of experience growing pot." He said Ocean Grown will employ 15 people and have its first batch of pot in about 13 weeks. Meanwhile, the owner of Green Stop, 7466 Mount Baker Highway in Maple Falls, said he hoped to open his pot store this month. Marc Wilson has a tentative opening date of Aug. 18, provided his suppliers can ready their marijuana in time. 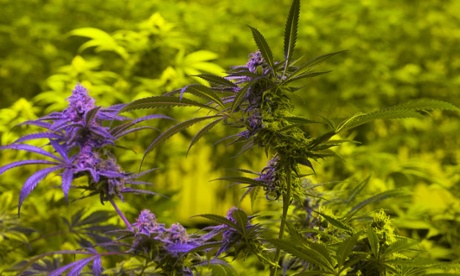