The Little Cutting That Could

So about a month ago I acquired a cutting that had been rooted into a small soil pot. I don't live alone and the people I live with would not appreciate marijuana being grown on the premises.
But I decided to try and raise the plant anyway. However I wanted to keep costs to an absolute minimal. And make stealth a priority.
I grabbed an old PC tower from a friend and built a small Pc Grow box. For lights, I used 2 blue leds I salvaged from a box of electronics (I had read that the blue lights promote vegetative growth and thought may swell take the chance) and I lined the box with that windshield reflective stuff, oh and i also installed the pc fan for air circulation, which I super glued to a small piece of carbon filter I had also acquired. And that was pretty much it. Totally hidden, just made normal pc sounds, tops. Whether it would work was yet to be seen. 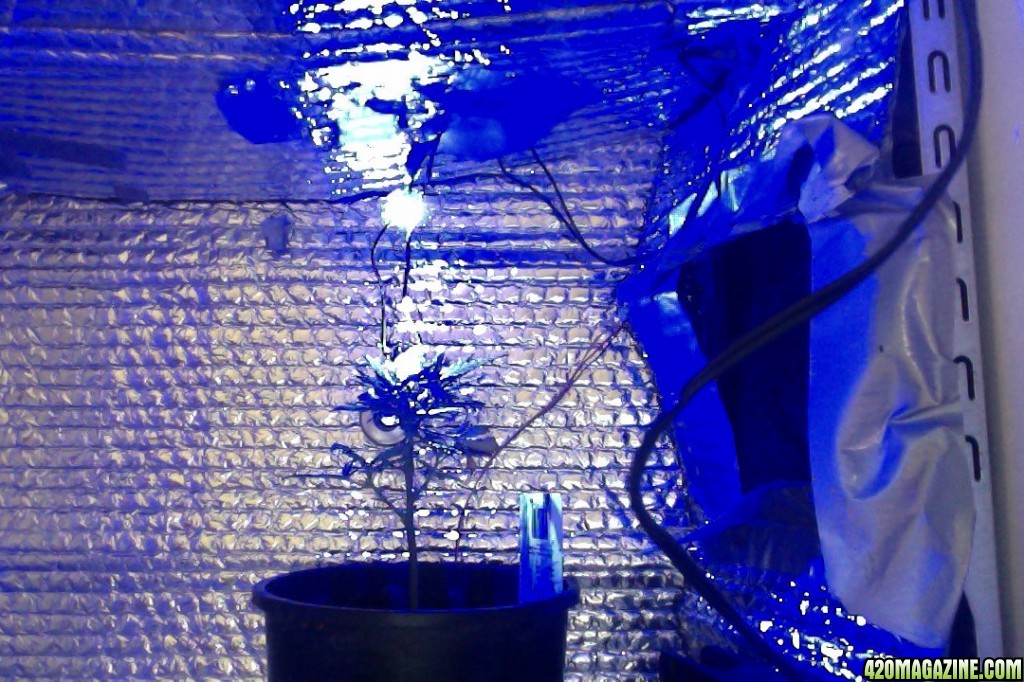 The plant did grow under just the LED lights, not a lot and not quickly. I would regularly LST the plant and I probably over trimmed it a bit. Light burn also began to pose a serious problem with the plant being so close to such high powered LEDs. But the plant lived.

Fastforward to now, researched hydroponics and have set up this little DWC system. For nutes I'm using a compost tea made out of stuff you could find in a garden shed. Seaweed solution, fish emulsion fertiliser and i brewed the tea with compost in a sock. This is a very shotty set up I know. But I had the roots of the plant sitting in the compost tea as it brewed over night, and there was actually noticeable growth, mainly in the stem, which really interested me as there is minimal light in this room. 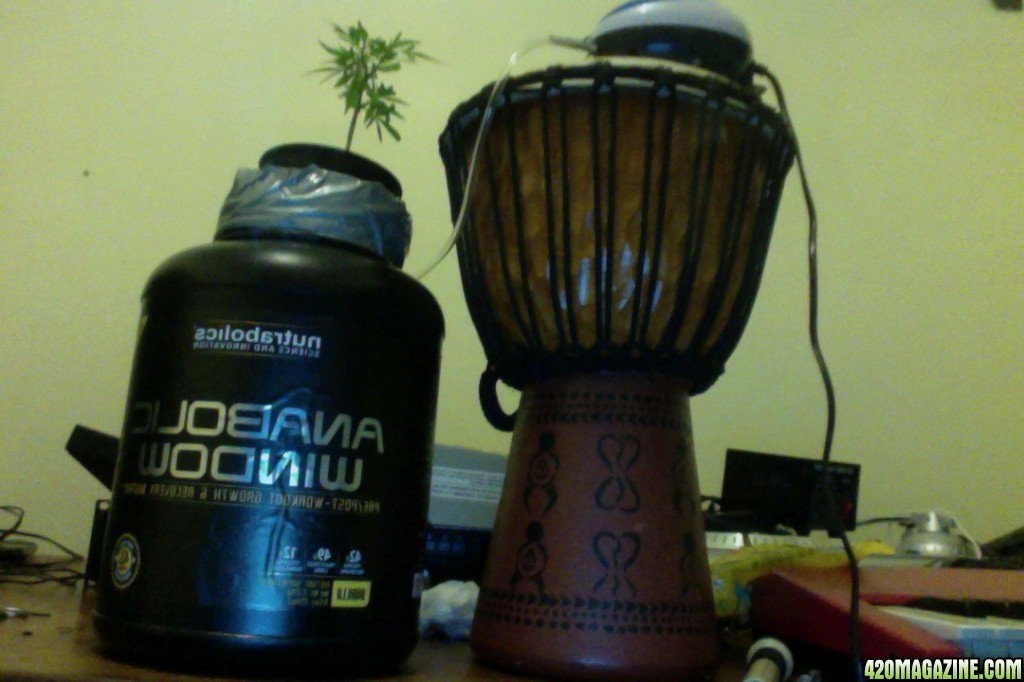 This plant feels scraggly, and demented from being forced to live in such intense conditions and I hope it makes it. If it does eventually produce buds it will truly be a testament to the reliant nature of the cannabis plant.
Sadly I now have to pass this setup onto another carer, as roommates cottoned on and want it gone. But I will be keeping in touch and will post pictures when/if the plant reaches maturity.