The first trailer was a 2004 international trailer that was transporting mangoes across the Laredo Port of Entry.

The next trailer was a 2000 freightliner trailer that was transporting paper towels across the Colombia Solidarity Bridge.

The combined worth of the alleged narcotics from both incidents totaled a whopping street value of $1,818,794.

"I commend the officers for their continued vigilance and dedication to the CBP mission," Laredo Port Director Gregory Alvarez said.

The alleged narcotics were immediately seized and turned over to Homeland Security and ICE.

U.S. Customs and Border Protection was set in place to combat transnational crime and enforce U.S. laws at the nation's port of entries. 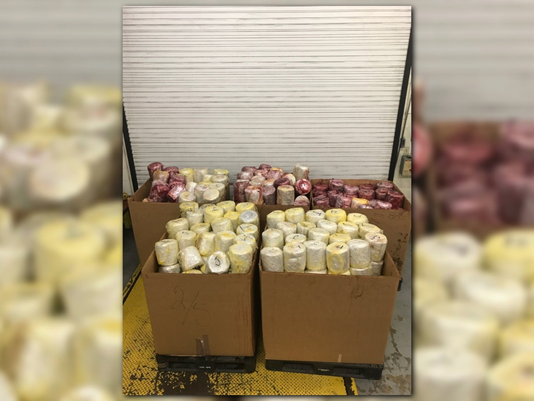